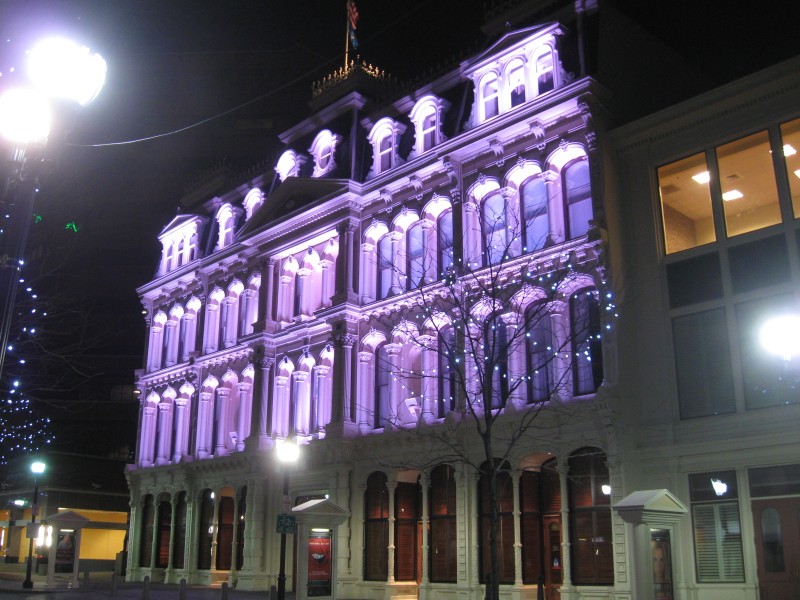 The Grand Opera House, on Market Street in Wilmington. The opera house was built in 1871, and features a cast iron facade from Royer Brothers in Philadelphia. The building became a movie theater in 1909, and began to see a loss of activity beginning in 1913 when the Playhouse at the Hotel du Pont opened. The opera house was rehabilitated in 1974 as a performing arts venue.  Photo by xzmattzx.