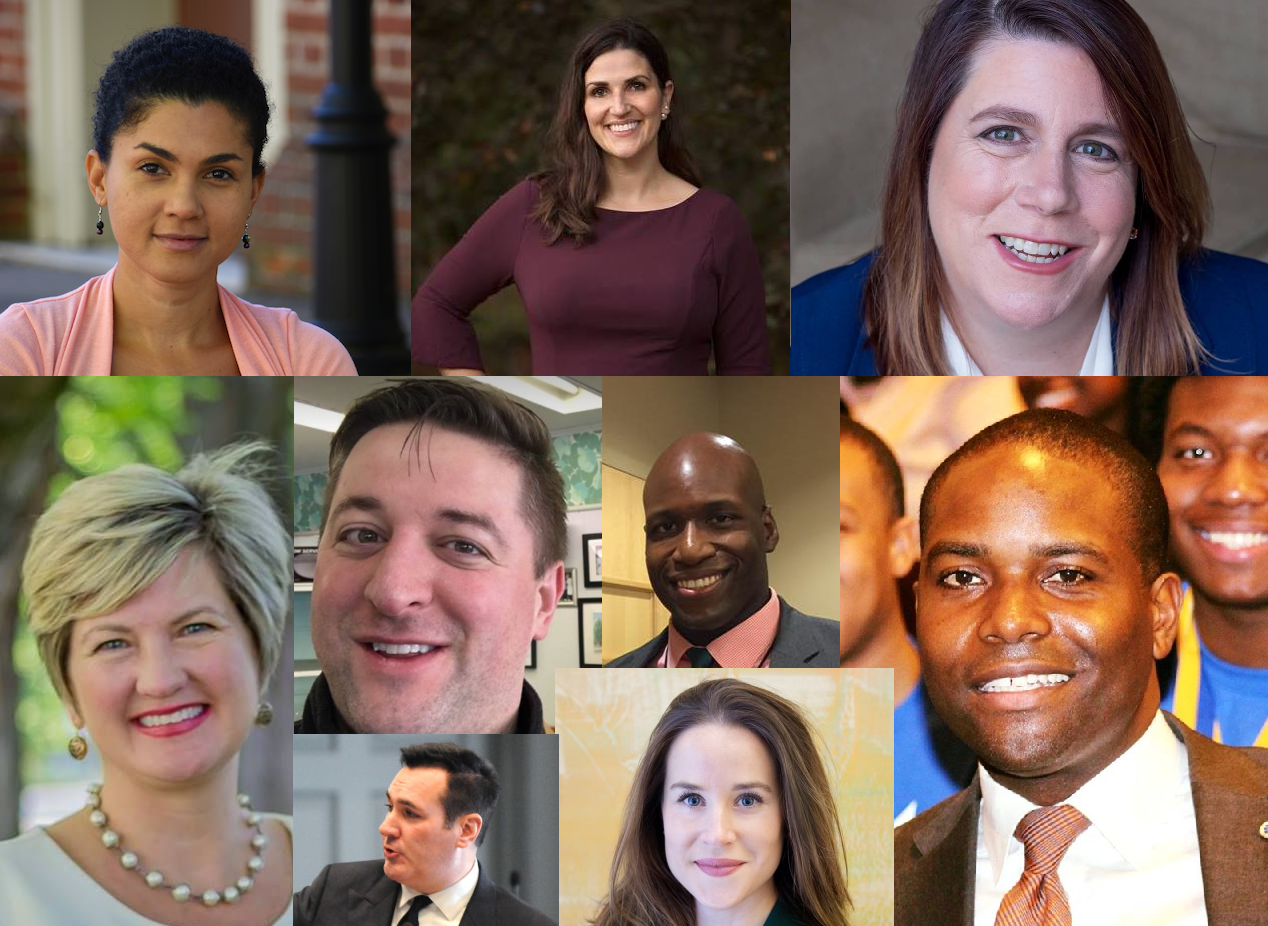 Yesterday we talked the politicians that disappointed us in the last year, or those that we never want to see again in 2018.   But enough of that negativity, as Anono put it.  Here are 18 people we hope shine in 2018.

1) Tizzy Lockman – A great candidate running in the Third Senate District.   Vote for her.

2) Rachel Blumenfeld – Our next two candidates are running against each other in the Democratic Primary for the right to defeat Debbie Hudson in the 12th RD.   I wish we could elect both of them.

4) Laura Sturgeon – She burst onto the political scene this year with a very professional looking yet grassroots campaign to defeat Greg Lavelle in the 4th Senate District.   She built such a juggernaut that she has cleared the primary field.  He is hoping she is successful this year in taking down Delaware’s Paul Ryan.

5) Bryan Townsend – Keep up the good work, Senator!  A defeat in a congressional primary could have sent him to the back benches to heal up and rest.  Instead, he was front and center all this past session in all the legislative battles, all the while expecting a new baby.   Thankfully, he will be staying put in the State Senate in the coming year rather than campaigning for state wide office.

6) Paul Baumbach – Despite recent controversy over Christina, one thing I learned last year is how helpful Paul was in advancing progressive tax reform (adding more brackets for the wealthy) in the budget negotiations.   I hope the Speaker relies on him again, and early in the year.   He also continues to be a champion on socially progressive issues like End of Life Options.

7) Chris Johnson – He’s the Deputy Legal Counsel to Governor Carney.  I hope he runs for something in the New Year.  He has great ideas on criminal justice reform.

8) Dennis E. Williams – He’s back and running for Auditor, a job for he is suited and qualified and will probably be good at.  And given his probable competition in the race, he is the only Democrat running.

11) Sean Lynn – After flirting with running for Attorney General (and he may still be), I hope he continues to be a champion for keeping the death penalty in the Delaware’s past.

12) Stan Merriman – Just an ordinary everyday citizen who has an interest in party platform procedure and voting systems.  Since I first met him back in 2012 or so, Merriman, a recent transplant from Texas and a Democratic Party veteran there, began beating the drums for a new party platform.   This past year, he finally saw that come to fruition.   And now he is a one man alarm over the process of replacing Delaware’s out of date voting machines.

13) Erik Raser-Schramm, David Woodside, and Cassandra Marshall – The new leadership of the State, New Castle County and Wilmington City parties.   The future is bright with these three.

14) Rebecca Cotto, Jordyn Mattei Pusey, Dustyn Thompson, Josh Whittaker – These four are great activists doing good work.  We need more of it from them in the new year, and we need more of them in Delaware and everywhere.   And a hint to the three I named in #13: harass their energy and listen to and adopt their ideas.

15) Ashley Biden – The Executive Director for the Delaware Center for Justice, she has been working on bail reform and other criminal justice reform issues with JJ Johnson.  Here is hoping her work continues to be successful.

16) Helene Keeley – She is leading the fight for the legalization of Marijuana.  And hopefully one day she will be Speaker.

17) Matt Denn – Yeah, I know this is a pipe dream, but I hope his not running for reelection for Attorney General this year is a prelude to running for something else in 2020 or 2024.   He is the one that should be Governor right now.

18) A candidate to run against Ken Simpler – Let’s not just give him a cornation walk to the Governorship in 2020.