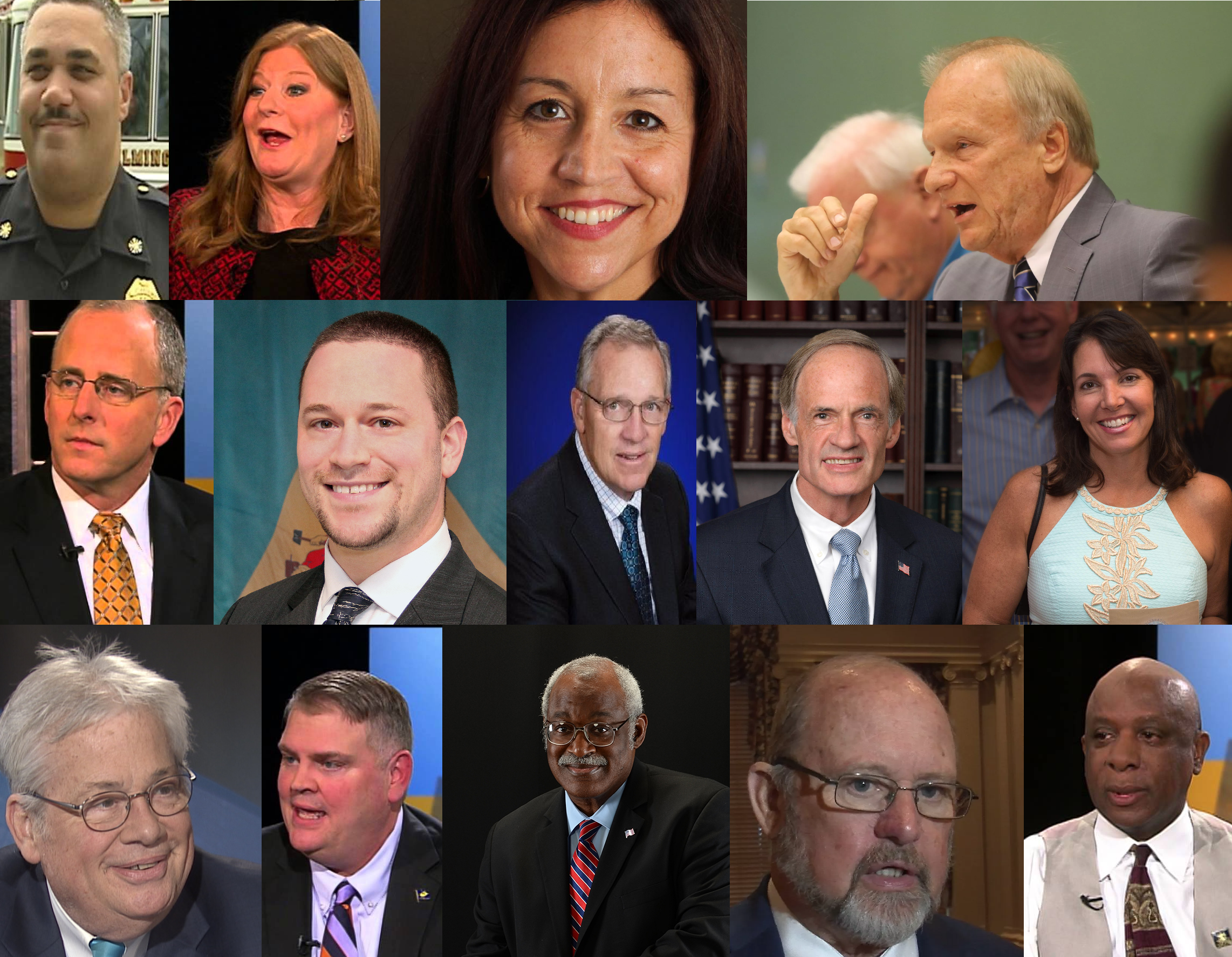 Here are 17 people or groups of people that I hope are part of our past rather than our present and future.   Needless to say, we have had enough of them.

Take Incompetence.  Add a Narcissistic Sociopath.   Subtract any desire to do public good.   Multiple by a thirst for power for power’s sake.   Yeah, we can do without that.

She sided with Republicans and the wealthy in making sure they do not pay a dime in higher taxes, thereby betraying her Democratic Caucus.  Then she put on crocodile tears and cried that she was attacked by those she betrayed and pretended her only concern was her middle class constituents.  She has a chance to redeem herself this session by reversing her vote on adding one or two new tax brackets for the wealthy.  If she does not do that, she must be defeated.    I’d rather have a Republican in that seat than a treasonous DINO.

“Specifically, they’re trying to add the term ‘gender identity’ and the effect of that would be to allow any student of any age to change their sex. In other words, go to the school and say ‘I look like a boy, but I’m now a girl and I’m going to change my name,’ and the most perverse part is they don’t even have to tell the parents meaning if the school says ‘well, should we talk to your parents?’ and you say as a student ‘no, they might get mad at me’ then they’re not allowed to even tell the parents,” Rep. Collins explained. “For some reason our State has decided to allow our students to become transgenders.”

“The human brain does not fully develop until the age of 25, and the parents and the adults are supposed to be the responsible ones. According to scientific studies, for people who choose to become transgender the attempted suicide rate is over 40-percent,” said Rep. Collins. “Why anyone would actually promote this, and possibly make it trendy, you know how teenagers want to rebel. It could possibly be the next way to stick it to the older generation, leading kids down a path that they would never choose if they only understood what they were getting into.”

Back in April, Sens. Dave Lawson and Colin Bonini walked out of the Senate chamber when Tarek Ewis, imam of the Masjid Isa Ibn-e-Maryam mosque in Newark, and Naveed Baqir, executive director of the Delaware Council on Global and Muslim Affairs, gave the day’s invocation per an invitation from the Senate leadership.   This is what Lawson had to say for himself: “We just heard from the Quran, which calls for our very demise. I fought for this country, not to be damned by someone that comes in here and prays to their God for our demise. I think that’s despicable.”

The Bible contains similar passages against non-believers, and also does not condemn, and in fact implicitly endorses, slavery and a whole host of other violent behaviors.   Fundamentalists and fanatics in every religion take advantage of those passages to permit despicable things.  There are Christian terrorist groups that invoke the Bible and those passages to support their violence.   Did Senator Lawson walk out of Christian prayers over that?  No.  He is an anti-Muslim bigot.   The state, and the human race, will be better once Lawson is no longer in office.

The pathetic campaign he waged on behalf of TransPerfect this past year is reason enough to not re-elect him.   Further, when the time came to argue his bill on behalf of a company undergoing a corporate ownership dispute, he displayed his unpreparedness.  Attention corporations, don’t hire Bonini as your shill in the General Assembly.  He sucks at it.  Lavelle is a much better option.

He is also an anti-Muslim bigot.  See Lawson above.

The pattern is always the same.  Elect Wagner.  He disappears for three years, and then comes out with a half baked yet good publicity getting audit on the eve of his reelection.  Gets reelected.  Rinse and repeat for 28 years.   It’s time for a new shampoo.

The most dangerous place in the world is between Mrs. McGuiness and a camera.   She is running for Auditor, after having lost in a crowded primary for Lt. Governor in 2016.   She is a Republican from Park City, Utah, not a Democrat from Rehoboth.

For promoting Kathy McGuiness, for being a conservative Speaker of a liberal caucus in a liberal Party.   For leading the charge for the death penalty.

“It’s Bernie (Sanders)-style, extreme left, more taxes, less accountability, more touchy-feely, less results. That’s who’s setting up to run Delaware,” said Sen. Greg Lavelle, R-Greenville. “The Democrats are talking about raising taxes and spending more when we should be talking about creating jobs.”   Greg Lavelle is the Delaware version of Paul Ryan.  Both of them lie without conscience about tax cuts creating jobs when they both full well know their CEO friends will be pocketing that money in one way or another.  Both got rid of the Estate Tax this year.  They both wish to deprive the government of revenue so that they can cut social spending and services.   They both want to attack worker’s rights, and Lavelle tied any Republican support for new tax brackets for the wealthy to ending the prevailing wage in Delaware.

Cenk Uygur is the perfect of a liberal or leftist sexist that must change his ways and apologize if he wants to be a liberal or part of the left.  It is a new world post Harvey Weinstein, and we liberals and leftists are taking advantage of this moment to purge out the men who for far too long advanced because of their sexual harassment and abuse, or who possess sexist views.

Run for office in the district where you and your family live, Melanie.   Otherwise, resign.

Can we not find any new jobs for this alleged corrupt fool, Mayor Purzycki?

It’s time, Tom.   You have become Bill Roth, a Senator out of his time.  No, you are not falling asleep during debates yet, but the Democratic Party and the nation have moved beyond your tired 1990’s New Democrat Third Way “Bipartisanship is the ends, not the means” policy.

What a classless piece of shit Sam Guy is.  He forces Senator Margaret Rose Henry to announce her retirement earlier than she planned because he sent out a press release announcing her retirement before she had a chance to.   The First Senate District simply must find someone other than Charles Potter or Sam Guy to represent them.  I will give large sums of money to any one willing to run again those abusers and disrespecters of office.

Potter took a personal dispute he had with a contractor over work done on his home public and used his office to do it.   He is not a public servant, but believes his office and the public should serve him.  Time to remove him from office.

It is time for a new generation of Democrats in Delaware.  And that new generation is already taking the reins, as you will see in tomorrow’s post on the 18 people that will shine in 2018.  A new generation of leadership for our state party, and for the party in Wilmington.  This reason is why Tom Carper is on this 17 people list.  It is why Bobby Marshall is here.  In elective office, you have got to know when to go.