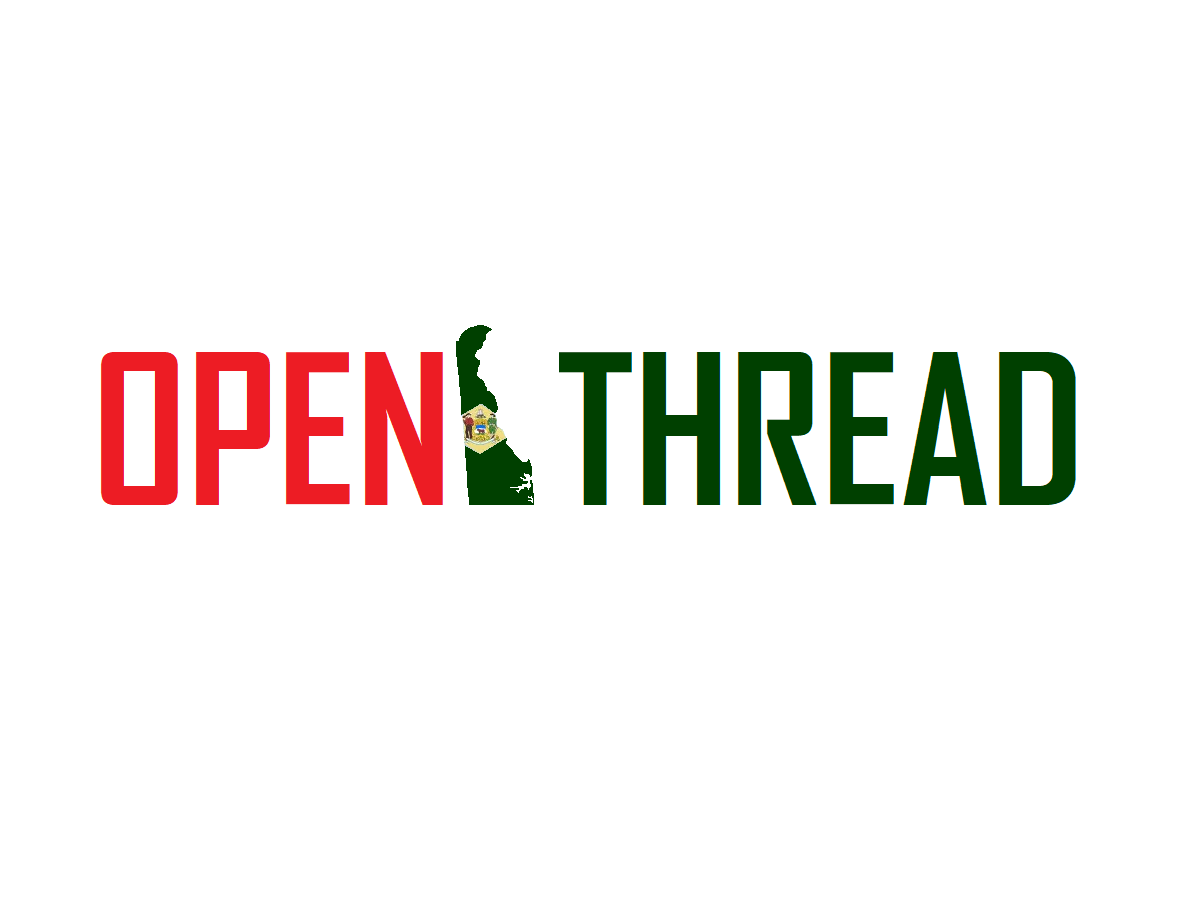 “Democrats who voted on a spending bill this week to keep government open are facing an angry backlash from their own party for not demanding a permanent solution for thousands of undocumented immigrants brought to the U.S. as children,” the Washington Post reports.

“Immigration advocates in and out of Congress are railing against those who voted for the stopgap bill late Thursday despite promises from Democratic leaders that they would force action on the issue by the end of the year.”

The obstruction of justice case against Donald Trump may have just gotten bit stronger after this week’s interview of Andrew McCabe. The FBI Deputy Director was grilled by the House Intelligence Committee regarding a wide range of topics, covering Jim Comey, the Russia investigation, the Hillary Clinton email investigation, just to name a few.

CNN is reporting that McCabe told investigators that Comey told him about numerous conversations he had with Donald Trump, including mentions of a “loyalty pledge” of some sort. These independent confirmations strengthen Comey’s statements and memorialized reports of his recollection of interactions with Trump.

If Republicans are looking toward Obamacare for an example of a bill that eventually became popular once voters learned what was in it, they may be waiting a *long* time. https://t.co/x90p67vSp4

A new poll by the Associated Press-NORC Center for Public Affairs Research finds that 48 percent named health care as a top problem for the government to focus on in the next year, up 17 points in the last two years.

The poll allows Americans to name up to five priorities and found a wide range of top concerns, including taxes, immigration and the environment. But aside from health care, no single issue was named by more than 31 percent.

And 7 in 10 of those who named health care as a top problem said they had little to no confidence that government can improve matters. The public was less pessimistic in last year’s edition of the poll, when just over half said they lacked confidence in the problem-solving ability of lawmakers and government institutions.

David Weigel: “Democrats, routed but unified against the tax bill, plan to make it the centerpiece of a midterm campaign — one that may play out in a growing economy where the worst predictions about the tax cuts fall flat…Democrats are raring to point out the difference between what Republicans ran on and what they passed. The most memorable visual symbol of the tax-cut push, a hypothetical postcard to demonstrate the simplicity of the GOP’s tax plan, disappeared as Republicans put together a compromise that expanded the number of tax brackets and left many loopholes intact…The idea of the bill as a corporate giveaway was key to Democrats’ final pre-vote messaging, including a moment in the Senate debate when Sen. Sherrod Brown (D-Ohio) flung open  one of the Senate’s doors and pointed to McConnell’s office to dramatize the influence of lobbyists…It will also be a key part of a 2018 campaign by the #NotOnePenny coalition, formed by progressives to oppose the tax cut. Next year, the coalition will up its media buy from $5 million to $10 million, hold 100 days of anti-tax cut events, and rally on April 15 in Washington “against tax policy that further rigs the economy in favor of the wealthy.”

"We [minorities] do not have the privilege of dealing in abstractions when discussing policies that impact us physically. We must be tough and philosophical about life, and not deny the evidence before our eyes." Latest: https://t.co/xmk2V01ML7

Jeet Heer: “There’s one very compelling reason to be wary of this pursuit of disaffected suburban Republicans: Hillary Clinton tried it last year….The Democratic Congressional Campaign Committee reportedly found that in the 2014 and 2016 elections, suburban voters were “inching away from Republicans, but too slowly to flip many seats.”…Suburban ex-Republicans are worth pursuing, but not at the risk of diluting liberal policy commitments. While opposition to Trump is helping to swell Democratic ranks, the truth remains that excessive centrism will dishearten core voters. Watering down the party’s identity only ensures more defeats further down the road, when Trump won’t be around to scare up an ad hoc Democratic coalition.”

I expect this will be happening more and more around the country: “To honor the Obama family, Colorado Democrats announced on Monday a name change to a fundraising event formerly known as the Jefferson-Jackson Dinner.  In recent years, the event has been given new names by several states that were concerned it would be associated with slave owners. The Colorado Democratic Party said the new name honors the “historic contributions” of President Barack Obama and Michelle Obama.

“The Obama legacy embodies the values we hold as Democrats, and we are beyond proud to rename our annual dinner after our former first family,” said Pilar Chapa, executive director of the Colorado Democratic Party in a Monday press release on the party’s website. “The Colorado Democratic Party is proud to honor the historic contributions from the former first family by naming our dinner the Obama Dinner.”  The first Obama Dinner will be held in February 2018.”

Why the increased attacks on @FBI’s McCabe? Looks like someone has figured out he corroborates Comey against Trump. This is targeted. As were @POTUS’s Comey tweets. As is anti-Mueller campaign.https://t.co/1Up5OUZeXw

“Simply by taking possession of the executive branch, Republicans were able to implement all manner of conservative goals, from cutting back enforcement of environmental laws to easing oversight of Wall Street to appointing conservative judges to the federal bench. Having Neil Gorsuch on the Supreme Court is always the first item on the list of Trump “accomplishments,” though it’s not as if it required hard work and skill; Republicans essentially stole the Supreme Court seat, leaving it open for him to fill, which he did with someone recommended to him by conservative legal activists. And Republicans did just cut taxes for the wealthy and corporations, which to the GOP is the single most important purpose of governing.

So if you’re a conservative, you can tick off a bunch of actions that you’re happy about — not to mention that Trump hasn’t actually gotten us into a nuclear war (not yet, anyway). The problem is that the damage he’s doing to their party is deep and profound, and could last a long, long time.”

The generic ballot polling certainly looks great for Democrats, but how is that playing out at the district level? We've polled 36 GOP held Congressional districts since October. Here's what we've found…

Senate Majority Leader Mitch McConnell (R-KY) “took aim at President Trump’s former chief strategist, Stephen Bannon, as he looked ahead to some of the political and policy challenges the Republican Party will face in 2018,” the Washington Post reports.

Said McConnell: “Well, let me just say this: The political genius on display of throwing away a seat in the reddest state in America is hard to ignore.”

“At a year-end news conference in the Capitol, McConnell offered only a few concrete details on the legislative agenda for the year ahead, which will begin with difficult decisions for the majority party on immigration, health care and government spending priorities. He said he would meet with Trump and House Speaker Paul Ryan (R-WI) during the first week of January to discuss their to-do list.”

When a Dutch journalist asked new U.S. Ambassador Pete Hoekstra why he said there are “no go” areas in the Netherlands, where radical Muslims are setting cars and politicians on fire, Hoekstra denied it, and called the claim “fake news,” the Washington Post reports.

The reporter then showed Hoekstra a video clip of himself at a congressional hearing in 2015 saying exactly that.

When the reporter pressed, Hoekstra denied using the term “fake news,” which he’d uttered moments before.

“Once you’re uprooted from your sense of reality, that allows all sorts of other uprootings to take place.” Honoured to be cited in this fine piece by @UriLF on the real-world consequences of the "fake news" catchphrase: https://t.co/D6QXq7LoDp

A new CNN poll finds that nearly half of Americans, 47%, say they approve of special counsel Robert Mueller’s handling of the probe into Russia’s involvement in the presidential race and the possibility of collusion with the Trump campaign.  One third of Americans, 34%, say they disapprove.

Try not to be shocked by this: “Congress’s tax scorekeeper said Friday that the tax-cut package President Trump signed earlier in the day won’t fully pay for itself through economic growth.  After accounting for macroeconomic effects, the bill would reduce federal revenue by $1.07 trillion over 10 years, according to the Joint Committee on Taxation (JCT).  While that’s less than the $1.46 trillion price tag the JCT put on the bill before accounting for economic growth, the committee says the bill still isn’t close to being deficit-neutral.”