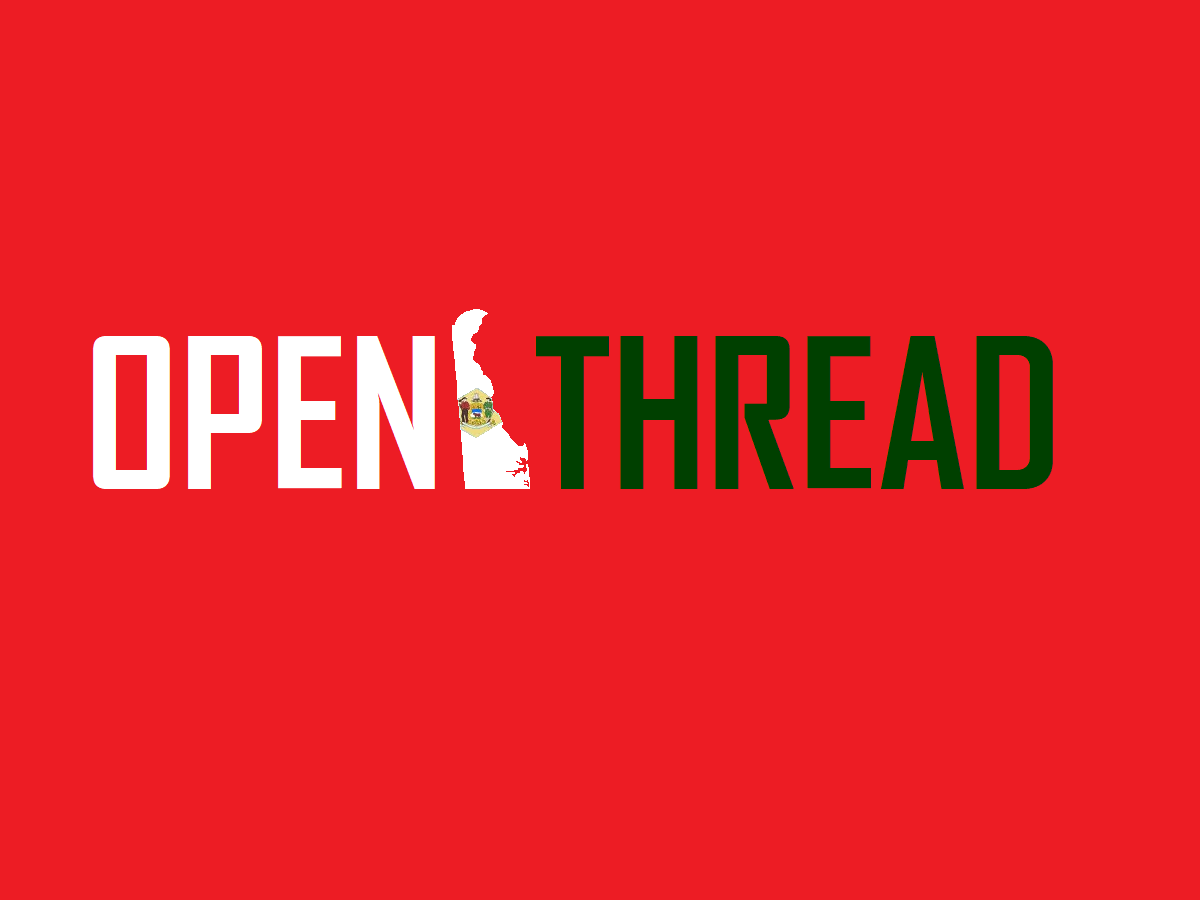 The Hill reports that over 100,000 people are ready to take to the streets nationwide if Trump fires Mueller.  “A coalition of groups opposed to President Trump and his agenda has assembled tens of thousands of individuals pledging to protest if Trump fires special counsel Robert Mueller.  Over 100,000 Americans have vowed to take part in more than 500 protests across the country should the firing occur, according to a press release.  The effort includes groups like the Center for American Progress Action Fund, the Truman National Security Project, Public Citizen, Stand Up America, MoveOn.org Civic Action, March for Truth, Indivisible, People for the American Way, Common Cause and Democracy 21.

“A federal judge on Thursday dismissed a pair of lawsuits claiming that President Trump’s failure to divest himself of his real estate empire and other business holdings violated the Constitution’s provision banning receipt of foreign ‘emoluments’ while in public office,” Politico reports.

“U.S. District Court Judge George Daniels ruled that the two suits were fatally flawed because the plaintiffs failed to show injury directly related to the use of Trump’s properties by foreign officials and governments.”

Politico: “The House Ethics Committee announced late Thursday that it was expanding its investigation into GOP Rep. Blake Farenthold to include allegations he improperly used official resources for campaign activities, as well as lying to the panel. Farenthold is already under investigation over claims that he sexually harassed at least one former staffer. Thursday’s announcement, however, means the stakes have gone up dramatically for the Texas Republican, as misuse of official resources is a potential violation of both House rules and federal law.”

“The sweeping tax overhaul approved by Congress this week hands Republicans a long-sought achievement they believe will bolster their defenses in next year’s midterm campaign, but party officials concede the measure may only mitigate their losses in what is shaping up to be a punishing election year,” the New York Times reports.

“While the tax legislation is broadly unpopular as it reaches President Trump’s desk, the bill offers Republicans the sort of signature accomplishment they have been lacking to galvanize their demoralized donors and many of their voters.”

It is undeniable that Trump urged a hostile foreign power to break American laws and to help tilt the election in his favor. It is on tape, after all. https://t.co/mmtkXjykls pic.twitter.com/7oBzctsPOQ

“More than 700 people have left the Environmental Protection Agency since President Trump took office, a wave of departures that puts the administration nearly a quarter of the way toward its goal of shrinking the agency to levels last seen during the Reagan administration,” the New York Times reports.

“Of the employees who have quit, retired or taken a buyout package since the beginning of the year, more than 200 are scientists. An additional 96 are environmental protection specialists, a broad category that includes scientists as well as others experienced in investigating and analyzing pollution levels. Nine department directors have departed the agency as well as dozens of attorneys and program managers. Most of the employees who have left are not being replaced.”

It's almost like they wanted to write a bill rich people could game to pay even lower taxes.

“The Trump administration said Thursday that 8.8 million people had signed up for health insurance through the Affordable Care Act’s federal marketplace, a surprisingly large number only slightly lower than the total in the last open enrollment period, which was twice as long and heavily advertised,” the New York Times reports.

“The numbers essentially defied President Trump’s assertion that ‘Obamacare is imploding.’ They suggested that consumers want and need the coverage and subsidies available under the Affordable Care Act, even though political battles over the law, President Barack Obama’s signature domestic achievement, are sure to continue in Congress and in next year’s midterm election campaigns.”

At a time when inequality in America is skyrocketing, the last thing we need is a tax plan that gives a windfall to the powerful and privileged at the expense of many working Americans. #GOPTaxScam https://t.co/kS5DeuNx1o

“Within hours of celebrating President Trump’s biggest legislative achievement, at the South Portico of the White House on Wednesday, his aides and outside advisers had a spirited, and at times tense, discussion with him about the political outlook ahead of next year’s midterm elections,” the Washington Post reports.

“The gathering saw tempers flare as aides vented their frustrations with electoral defeats this year and concerns about the 2018 political map, according to several people with knowledge of the discussion. Complaints about the president’s political operation and the Republican National Committee boiled over, playing out in front of the president as an inner-circle drama.”

1. @cam_joseph had a good piece this morning on how the tax bill exacerbates the GOP's suburban problem. (https://t.co/xBii9jqNjd) I talked to a number of liberal lawmakers yesterday who definitely see an opening for 2018. https://t.co/L405qC7WLo

Politico: “Speculation about additions to the cast of characters in Season 2 of Trump’s West Wing has ramped up as the administration braces itself for a wave of staff departures expected in the coming weeks, according to a dozen White House aides and outside advisers who have spoken with the president.”

“In recent weeks, these people say, Trump has been particularly high on Larry Kudlow, an outside economic adviser to the president and a former adviser to President Ronald Reagan. He helped lobby senators on the tax bill and was on hand at the White House on Wednesday for the South Lawn celebration after it passed.”

As of 2015, 49% of millennial Democrats identified as “liberal,” meaning that it’s smart politics for a Democrat to evolve left. https://t.co/Mq3Lh3Ebxy

Senate Majority Leader Mitch McConnell told NPR that he wants the Senate to move past Obamacare repeal in 2018 in favor of stabilizing insurance markets and to other issues.

However, Politico notes McConnell’s comment “drew a sharp rebuke from Sen. Lindsey Graham (R-SC), who is hoping to revive a bill next year repealing Obamacare in favor of block grants to states.”  Said Graham: “I think that’s a huge mistake. We should do everything we can to replace it, as much as Democrats did to pass it. We own it now.”

Brutal piece by Andrew Sullivan in @nymag: "#Putin’s First Year in the @WhiteHouse" https://t.co/HRHsiZAlpr via @intelligencer

“A deputy chief of staff who oversaw the White House’s political operation, public outreach and legislative affairs, Mr. Dearborn will remain at the White House for the first month or two of next year, according to people familiar with the planning.”