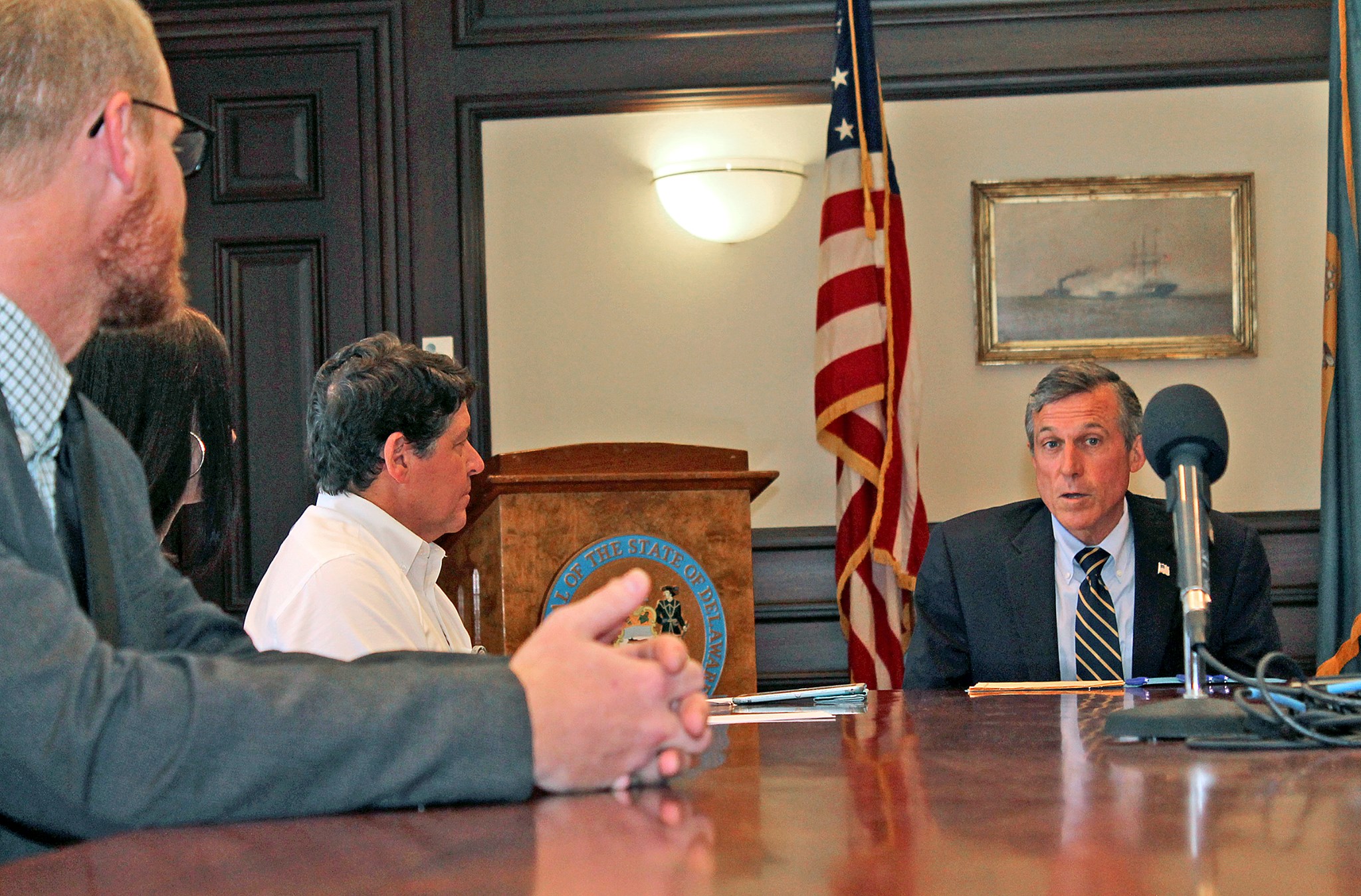 State Rep. Paul Baumbach and State Senator Dave Sokola have introduced legislation that seems to be an overt threat of retaliation to the Christina School Board after a couple of members of that board expressed their desire to delay consideration and implementation of Governor Carney’s plan to close several of the district’s Wilmington’s elementary and secondary schools, in order to consolidate facilities and resources.  The legislation grants the unelected State Board of Education the power to remove a member of a local school district’s board by a vote of 60%.   For any reason whatsover, up to and including displeasing Governor Carney by delaying his consolidation plans for the Christina School District.   This move, and Baumbach’s role in it, has angered and surprised several education and political bloggers in Delaware.

Kevin Ohlandt at Exceptional Delaware: “I’ve seen some insane legislation in my day.  This one takes the cake.  […] Way to take the local out of local control and hand it over to the state there Paul!  Are you kidding me?  I wish this was some horrible joke, but it isn’t.  How would Baumbach feel if some board could take away HIS power?  This guy is begging to be primaried and removed from office.  You can’t even make this stuff up! […] The irony of a non-elected board getting the authority to remove an elected school board member should give you chills at night.  And of course the Governor would have to have final approval on it. Note this legislation does not include charter school boards.  They aren’t elected either.  They are appointed.  God forbid if they are accused of wrongdoing.  Let that non-elected board take care of their own.  […]

As for Baumbach, I can’t believe he actually put his name to this.  What in the name of Delaware politics is he thinking?  Stop listening to the folks at the swim club Paul.  They do not form the opinions of your entire district.  You once stood against this evaporation of local control and now you want to sign it away with the WORST bill I have ever seen come across my desk.  I hope this legislation dies a quick and painful death.”

Nancy Willing at Delaware Way: “Whoa. My Newark district’s Representative Paul Baumbach and Senator Dave Sokola intend to absolutely cross the line in promoting legislation allowing the Governor to remove my elected school board reps. No. No. NO.

Are they simply carrying Carney’s water here?  Note the time Baumbach’s aide floated the bill for co-sponsorship is minutes after reporter Jessica Bies published her story on Christina’s rejection this morning of Carney’s most recent MOU draft.”

State Representative John Kowalko, in responding to an email from Baumbach’s aide who was forwarding the bill for review and sponsorship: “I find this legislation to be one of the most unconstitutional assaults on the rights of voters and the decisions that they have made. To suggest that an Executive branch (Governor appointed and unelected) board should have the authority to overturn the decision of the voting public disregards both separation of powers and constitutional rights of those elected.

If either the two sponsors or the agitators for such a horrible piece of legislation have a problem with individual board members (as seems to be the case here) than they should come up with a lawful process attended to by lawful entities.   This is the type of overreach that causes the public to doubt the sincerity and legitimacy of the laws we create and pass. I hope the sponsors of this proposed legislation we quickly withdraw this legislation. “

If there is an issue that kills any politician that seeks to engage with it in Delaware, it is education.  The most passionate, dedicated, intelligent and active activists in Delaware are those who concern themselves with education.   Cross them and you will pay a price.  Baumbach is one of the better legislators in Delaware, and one of the most progressive.  He should reconsider his sponsorship and withdraw this legislation.

25 comments on “Baumbach Inexplicably Aligns Himself with Carney on Christina”