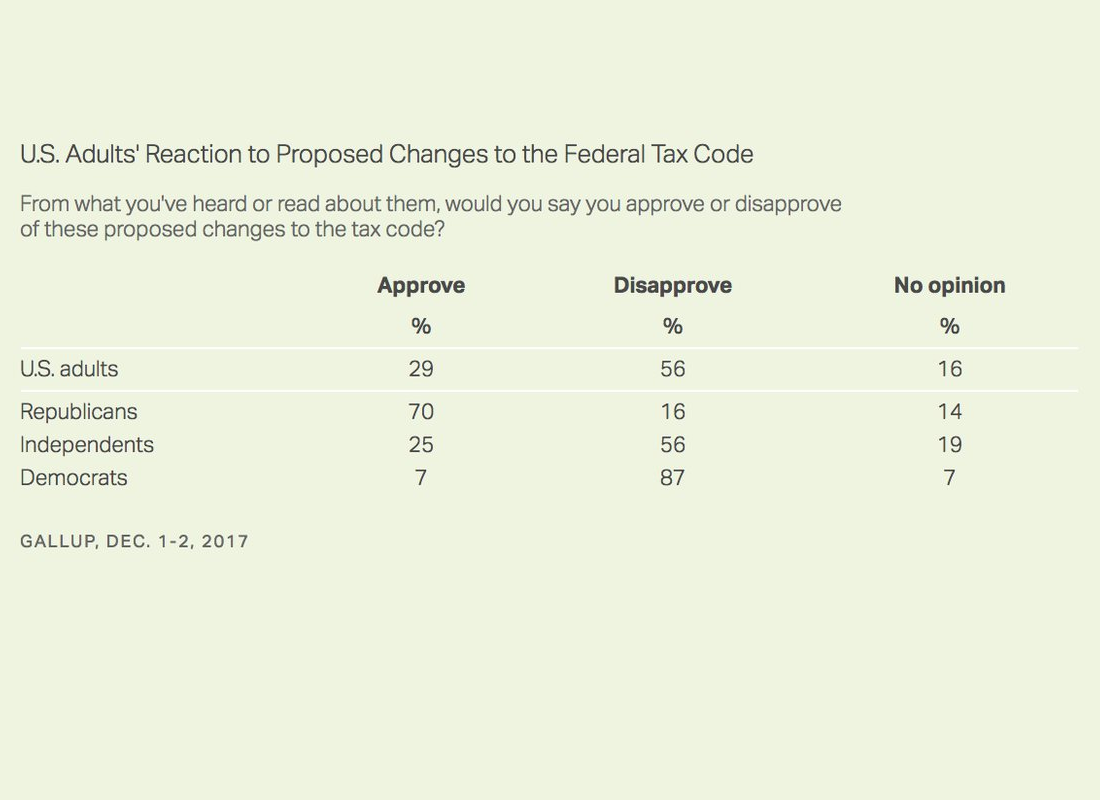 A new Quinnipiac poll finds American voters disapprove of the Republican tax plan 53% to 29%. By a 61% to 34% margin, voters say the plan benefits the wealthy at the expense of the middle class.

Said pollster Tim Malloy: “Deeply unpopular and manifestly unfit for the job. That’s the harsh assessment of President Trump, whose tax plan is considered built for the rich at the expense of the rest.”

Gallup, as seen in the picture above, finds similar devastatingly unpopular numbers for the tax bill, and also finds President Trump’s weekly job approval dropped to 35%, matching the lowest weekly average of his tenure so far.

A new PRRI survey finds 40% Americans say that, based on what they have heard or read, President Trump should be impeached and removed from office, while 56% of the public disagrees. Women express greater support for impeachment than men. Women are evenly divided over whether Trump should be impeached — 48% favor, 48% oppose — while just 31% of men favor this action.

A new Harvard IOP poll of America’s 18- to 29-year-olds finds that 67% of young Americans are more fearful than hopeful about America’s future.  President Trump’s approval rate is now just 25% with young people, having fallen seven points since Spring.

Less than one year before the 2018 midterm elections, likely young American voters cite preference for Democratic control of Congress, 65% to 33%.

2 comments on “The Polling Report”