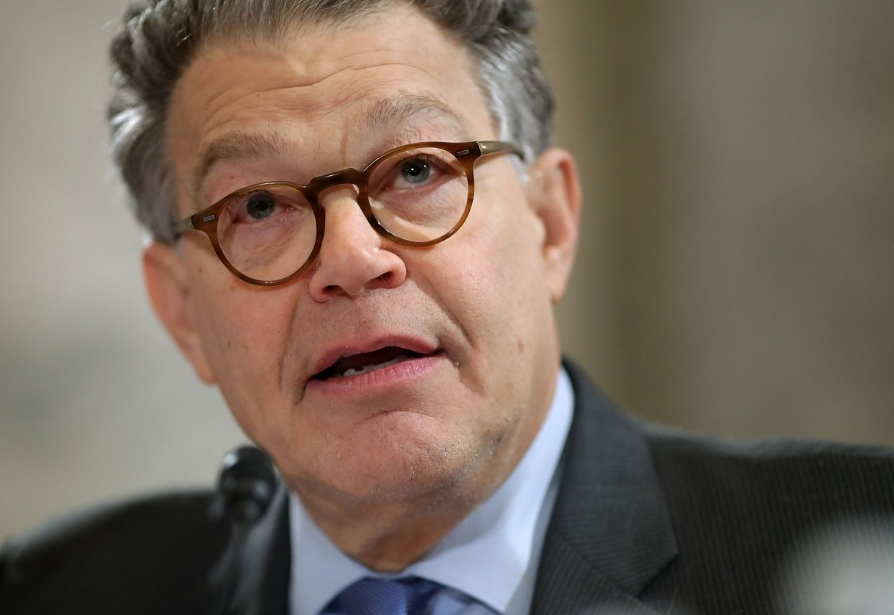 The dam broke today.   Perhaps it was just organic after writer Tina Dupuy shared her own experience with Al Franken and groping.  Perhaps it was an organized effort among the Democratic caucus organized three weeks too late.  Regardless, Kirsten Gillibrand of New York and several other Democratic women senators led their colleagues in calling for Minnesota Senator Al Franken to resign after more allegations emerged from women who said he sexually harassed them.  Even Tom I want to cut Medicare Carper, who should consider his own future what with his own domestic violence story lurking in his past.

But finally, it looks like Al Franken will resign.  I am sad.  Al Franken is and was a good Senator.  But he was a bad man.   And in this new world, bad men who mistreat women, whether through harassment or outright abuse or rape, are no longer to be tolerated.   Period.

I am sad that it took this long for that simple fact to settle in with our Democratic Senate, and among our Democratic, liberal and progressive colleagues.  It still hasn’t and probably won’t ever settle in for some.  And they are to be shunned from society as fervently as we on the liberal left side of the political spectrum shun racists.  If misogynists want a political home, they, like the racists, are free to join Trump on the right.

Why did the Democrats finally jump on board the Resign Now train?  Josh Marshall explains that it is all about constituency.   “With what now seems like Al Franken’s inevitable resignation tomorrow, I wanted to re-up this post from a week ago on who gets forced to resign and who doesn’t. It’s not the press’s fault that Donald Trump is still President and Al Franken is about to an ex-Senator. The same applies to Roy Moore. All of these incidents play out based on the constituency of the accused or the larger organization they represent. That applies whether it’s consumers or voters or comparable category. Most Trump supporters simply don’t care. Same with Roy Moore.”