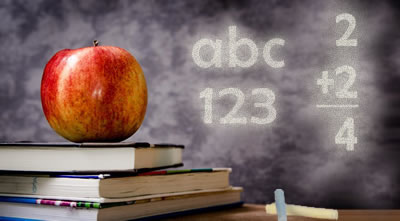 I will be attending and reporting back. The News Journal has an article on the confidential plan, which is full of the words may, if feasible and could. There are a ton of details missing from this plan, which will hopefully be answered tonight. Here are some highlights from the article:

“A confidential draft of a memorandum of understanding between the Christina School District and Gov. John Carney’s office calls for consolidating five Wilmington schools into just two by fall 2018.

The schools would be called New Bayard and New Bancroft, and both would serve kindergarten through eighth grade, according to a document obtained by The News Journal and dated Nov. 22.

The other three – Pulaski Elementary, Stubbs Elementary and Elbert-Palmer Elementary – would no longer serve as schools but could house resource centers. The document is not final and is subject to change.

It is unclear what details of the plan will be shared at a public meeting Wednesday. At a meeting Tuesday morning, three school board members, district staff, a union representative and members of Carney’s team talked about the memorandum but did not make the document available for public consumption.

They avoided using specifics, though eventually, it became clear the plan called for closing some schools and keeping others open.”

I’m trying to figure out if we’d be closing schools or turning three schools into resource centers. Both seem to be on the table. Done correctly, resource centers can add significant value. I tend to prefer they be housed directly in schools where students and family can easily access them. Resource centers in schools also enable immediate intervention. Which, to me, is important.

Christina School Board will hold a preliminary vote on the draft on December 5th, and vote on the “final” draft December 12th. The board then has until February 28th to accept or reject the plan. That seems like a tight time line to me.

“If it rejects the plan and fails to come up with an acceptable alternative, the agreement would be terminated immediately, resulting in the loss of any additional financial support for the district.”

I’m so weary of the threat of withdrawing funds. It only punishes children.

And then there’s this – probably the most revealing paragraph in the entire article:

“The memorandum says Carney and the state Education Department would ask the General Assembly for additional funding to renovate the schools, as well as provide trauma-informed training to principals and teachers. It also promises funding for a dual-generation education center, as well as “philanthropic monies to support all Wilmington schools,” starting with those in Christina.”

Let’s break this down. This plan relies on asking the General Assembly (GA) for money to renovate the schools and provide principal and teacher training. So a big part of this plan depends on the General Assembly funding it. That doesn’t inspire confidence. It isn’t as if the GA has a history of helping city students, in fact there’s history to show it does the opposite. I’m having a hard time believing the GA would find the money for this, so… I’m thinking the schools probably won’t be renovated.

The plan also promises funding for a dual-generation center. Here’s how the News Journal describes it:

“The dual-generation center would provide early education and day care services for children from birth to 4 years old, as well as a variety of services to their parents, according to the document. The reconfiguration plan calls for the program to be housed at Stubbs Elementary School, which would also be renovated.”

It also promises “philanthropic monies to support all Wilmington schools”. As in all city schools. As in, not just Christina City schools. I think we just returned to the “All Charter School City District” plan. I swear, all roads always lead to turning public schools into charter schools. Markell’s Priority School plan did exactly the same thing – do “this” in the allotted time frame or the schools will be closed or converted to charter.

And in what world do people make budgets based on “philanthropic money”? That’s not how it’s done. If you don’t have the money you need, then you scale back the plan. Philanthropic money is a bonus. Here’s an idea! How about we budget our elected officials salary on philanthropic money! Any takers?

If I’m reading the article correctly, both schools would be K-8. I’m not necessarily against this model, but in my experience it has always been promoted by non-city residents. In Red Clay (during my active days), I’d hear about turning city schools to K-8 as a means of expanding neighborhood schools and keeping city kids out of suburban middle schools. It’s the same argument for a city high school. Complete re-segregation.

Which is why I always approach these plans with skepticism.

Both schools may offer STEM and an Arts program. If feasible, the schools would be reconfigured to house lower, middle and higher grades on different floors – if you’re re-configuring for a middle school that’s gonna cost money. Hello? Science labs. Not to mention bathrooms! Middle schoolers simply need more space. This might be easier when it comes to Bayard Middle School – they’ll still need to renovate for grades K-5 – but turning Bancroft Elementary into a K-8 will cost money. Immediately. And that money (and really, the entire plan) requires support from the GA.

There’s also talk about a “potential establishment of an early education center and a center for students and families learning English as a second language.” Those would probably be housed at Elbert-Palmer and Pulaski Elementary.

Teachers and staff. Could someone read the News Journal article and tell me your thoughts? There’s a lot there. It’s confusing, altho it is notable that a recently scrapped section stated:

“One section even says the new schools “will not be bound by any Christina School District policy absent an affirmative election, in writing,” meaning the school board would have only limited authority over them. Based on the conversation on Tuesday, however, that section will be either changed or removed from the agreement.”

Let me add, I’m sooooo tired of plans that result in giving away our public schools.

Which brings us back to more proposed programs which will cost more money.

The draft memorandum also calls for:

I’m not against any of these things, but they will cost money. Longer school days = paying teachers/staff more. Vacation Academies = hiring/paying teachers and staff. After-school programs = paying people.

In the end, I think we’ve put the cart before the horse. Everything in this confidential plan (which is subject to change) costs money. Quite a lot of money. Perhaps we could, if feasible, maybe, possibly secure the financing first. Otherwise, what exactly are we voting for? If the CSD board votes on this and the financing doesn’t materialize… what happens? Is there a plan for that scenario?