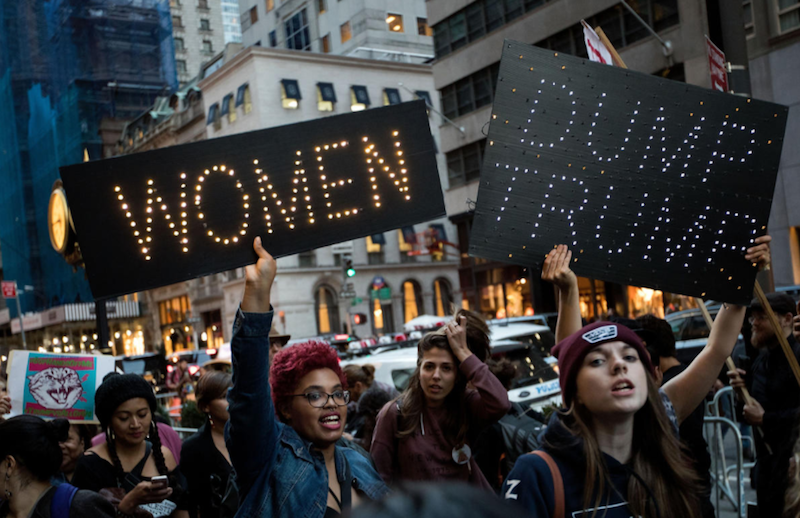 US News and World Report takes a look at the pool of candidates that won in the VA state congressional races and sees a grassroots wave.  They talk about them as political outsiders, but these are the folks who looked at their government and decided that the only way to change it was to try to get in and represent all of the others in their communities looking for better government.

In other races, Democrats have run (and won with) a nurse practitioner, a cybersecurity expert, a Georgia software expert who is also an elder in his church and a social worker who came to America from Peru as a single parent. The field helped Democrats flip 32 state legislative seats from red to blue in special elections and off-year, general elections on Nov. 7. Republicans have flipped just a single contested seat.

The pickups have turned the Washington State senate to a Democratic majority, giving the party the coveted “trifecta,” control of both chambers of the legislature and the governor’s office, and have erased the GOP supermajority in the Georgia State senate. The party also made some surprising gains in states like Oklahoma, where Democrats picked up four seats. The winners? Two teachers, a mental health therapist and an immigration lawyer.

“I do think that people are seeing elected leadership differently,” says Nicole Brisbane, New York state director of Democrats for Education Reform, noting the influx of educators to statehouses. “Before, it was very much reserved for a different group of people who had a different set of experiences. Now, authenticity in leadership is really resonating with people. The type of person who really energizes a base is somebody who’s authentic, who is seen as coming from the community.”

And let’s not forget that all of this citizen legislator energy is being led by women, who are running for office in record numbers nationwide.

This is an important trend to nurture — if anything to re-establish the priorities of local communities in the governing process.  It is also important because these state seats represent a bench for higher offices and with some work, community-oriented values will start to work its way back into all levels of office.

Important victories and important lessons.  We have several grassroots level candidates running for the House and for the Senate this year, and many of us are hoping this pool just expands in the coming months.  Taking back your government is possible at the local level.  It just takes some time, commitment and good authentic candidates.  And if you aren’t interested in running, find one of these grassroots candidates and volunteer.  Don’t know how to find candidates to work for?  The NCCo and Wilmington Dems are running a Volunteer Fair on December 5 at the Wilmington Library.  You can meet a number of candidates there to decide who to work for.  Can’t make it or need more help meeting candidates?  Feel free to reach out to me and I’ll help you get pointed in the right direction.

Grassroots candidates don’t make it without grassroots volunteers.  We need to do this work to support people who will represent us.

4 comments on “How the #Resistance Wins”