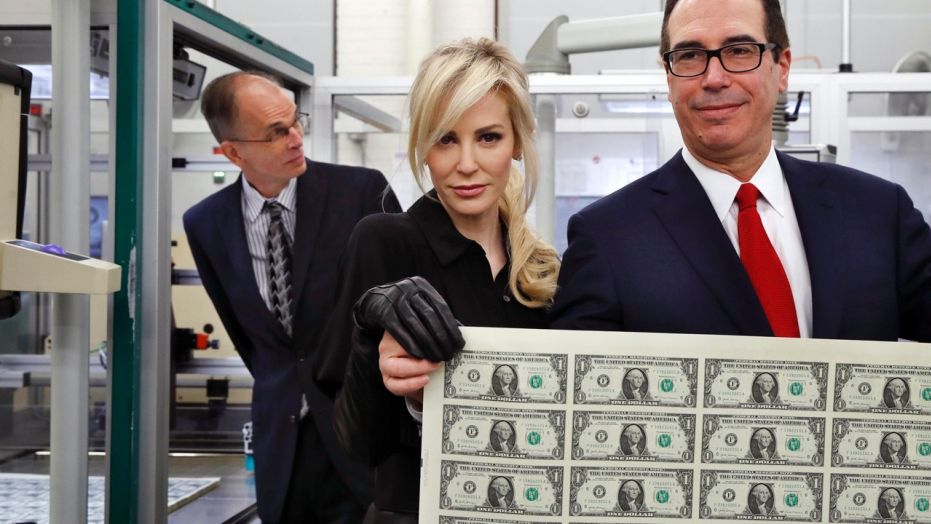 “The House passed its version of the Republican tax overhaul Thursday, notching a key win for President Trump and House Speaker Paul D. Ryan (R-WI). But obstacles remain in the Senate, which is refining its own version of the legislation amid objections from key GOP senators,” the Washington Post reports.  “The bill passed with 227 votes in favor and 205 against. 13 Republicans voted against the bill. No Democrats voted for it.”

The tax bill Senate Republicans are championing would give large tax cuts to millionaires while raising taxes on American families earning $10,000 to $75,000 over the next decade, according to an analysis by the Joint Committee on Taxation, Congress’ official nonpartisan analysts,” the Washington Post reports.

“President Trump and Republican lawmakers have been heralding their bill as a win for hard-working Americans, but the JCT report casts serious doubt on that claim. Tax hikes for households earning $10,000 to $30,000 would start in 2021 and grow sharply from there. By the year 2027, Americans earning $30,000 to $75,000 a year would also be forced to pay more in taxes even though people earning over $100,000 continue to get substantial tax cuts.”

Sen. Ron Johnson (R-WI) may not be the only GOP senator to pull support from his party’s tax bill, the New York Times reports.  “Senators Susan Collins of Maine, Bob Corker of Tennessee and John McCain of Arizona have voiced their own concerns and refused to say whether they would ultimately vote for the tax bill.”

“With the House expected to pass its tax legislation, the fate of the overhaul fell into the hands of Republican senators, who grappled with the dangerous political prospects of passing a bill that critics said could undermine the health care system and favored companies over the middle class.”

Meanwhile, “the Alabama Republican Party said Thursday that it would stand behind the embattled Senate candidacy of Roy S. Moore, most likely leaving Republicans with a nominee facing numerous allegations of sexual misconduct and unwanted overtures to women,” the New York Times reports.

“The decision, which a committee of 21 party leaders reached Wednesday evening but did not formally announce until Thursday, placed the state’s Republicans at bitter and public odds with national party leaders, who had demanded that Mr. Moore leave the race here ahead of a special election in December.”

NEW: Jared Kushner got emails about WikiLeaks & a "Russian backdoor overture" in 2016… and forwarded them on to at least one other Trump campaign official.https://t.co/9AxwCQI9hY

“President Trump’s adviser and son-in-law Jared Kushner received and forwarded emails about WikiLeaks and a ‘Russian backdoor overture and dinner invite’ that he kept from Senate Judiciary Committee investigators, according to panel leaders demanding that he produce the missing records,” the Washington Post reports.

Man, we liberals really do tire of always being right.  “A total of 210,000 gallons of oil leaked Thursday from the Keystone Pipeline in Marshall County, South Dakota,” CNN reports.   “Crews shut down the pipeline Thursday morning and officials are investigating the cause of the leak. This is the largest Keystone oil spill to date in South Dakota.”

Washington Post: “The spill comes on the eve of a crucial decision by the Public Service Commission in Nebraska over whether to grant a permit for a new, long-delayed sister pipeline called Keystone XL, which has been mired in controversy for several years.”

What Should Democrats Do About Al Franken? via @thenation https://t.co/i4eLxFhtjH

His second apology statement was much better.  Still think the better move here is for him to resign, morally and politically.  If there are other women making similar complaints, he definitely must go.

Politico: “Special counsel Robert Mueller’s team is preparing to interview the woman who’s seen it all: Hope Hicks. She’s been part of Donald Trump’s inner circle for years, first at Trump Tower and then as an omnipresent gatekeeper and fixer who could get emails or other communications directly to the boss during the 2016 campaign. As a senior White House adviser and now as communications director, she’s been in the room for moments critical to Mueller’s probe, which has grown to include the president’s response to the Russia investigation itself.”

“Mueller’s decision to request an interview with Hicks – who hasn’t been named in any criminal wrongdoing – also indicates he’s reached a critical point in the overall investigation, according to former prosecutors and veterans of past White House investigations. Typically, conversations with such senior level aides are saved for near the end of a probe.”

Yes, Al Franken should be investigated and held accountable for his actions. And so should Donald Trump: https://t.co/eMWh3OSarE

“Republican strategists are warning that some of the party’s veteran House incumbents aren’t adequately preparing for the 2018 election, putting the GOP majority at risk by their failure to recognize the dangerous conditions facing them,” Politico reports.

“Nearly three dozen Republicans were outraised by their Democratic challengers in the most recent fundraising quarter. Others, the strategists say, are failing to maintain high profiles in their districts or modernize their campaigns by using data analytics in what is shaping up as a stormy election cycle.”

Meanwhile, “Republican governors and their donors — still reeling from GOP losses last week in New Jersey and Virginia — are trying to distance themselves from their party’s problems and plot a 2018 strategy to protect their state-level dominance,” Bloomberg reports.

“Thirty-six states will hold gubernatorial elections in 2018, with 26 of those now controlled by Republicans. In those races, which often have trickle-down effects on legislative and local elections, Republican candidates will have to decide just how closely to embrace Trump and distance themselves from an unpopular Washington.”

The tax bill's greatest asset is the fact that most people don’t recognize it as the deformed sibling of a bill they’ve already mobilized multiple times to defeat. https://t.co/scLZIzmcSo

“Republican women who voted for President Trump in North Carolina said during a focus group Wednesday night that they are embarrassed by and exasperated with him,” James Hohmann reports.

“Only one of the 12 participants emerged as an unapologetic defender of the president.”

“The focus group really underscored the extent to which the deep unease that propelled Trump’s victory a year ago has only gotten worse. Asked for one word to describe the state of America today, the answers were chaotic, tornado, backward, troubled, disrupted, fearful, anxious and embarrassing.”

White House budget director Mick Mulvaney, who once called the Consumer Financial Protection Bureau “a sad, sick joke,” is being considered for a temporary role as interim director of the consumer watchdog after Richard Cordray steps down later this month, Bloomberg reports.

“Mulvaney would be expected to name someone else or a team of people to run the CFPB on a day-to-day-basis so he could keep his focus on OMB, said one of the people.”

The Trump administration on Wednesday made it legal once again for hunters to kill elephants in Zimbabwe and Zambia and bring their remains back to the U.S. The move reverses a 2014 Obama administration ban on the imports that was put in place to stave off population decline brought on by “uncontrollable poaching.”

Jonathan Chait says Republicans are delusional on their tax bill: “It does not come as a surprise that House Republicans passed the Trump tax cuts. It is surprising that 227 of them voted for a bill that needed only 217 votes to pass. That is, ten House Republicans who could have voted no, and still allowed the bill to pass, declared their affirmation nonetheless. It is the latest piece of evidence of the party’s utter blindness to the political dangers the legislation poses for them.  […] It’s understandable that Republicans would want to spend their political capital to pass a bill like this. Regressive tax cuts are the core element of party doctrine. They have even persuaded themselves that passing this bill will help their party as a whole, on the grounds that they need to show they can get things done. (Voters don’t usually reward parties for getting highly unpopular things done.)”

The More Education Republicans Have, the Less They Tend to Believe in Climate Change https://t.co/vsYgp2Nllj via @UpshotNYT

Frank Rich: “By getting into bed with a sexual predator — as Mitch McConnell, his colleagues, and the GOP base all did with Donald Trump — the Republicans asked for the catastrophe that is now befalling them. And for all the horror of Moore’s underlying career as a serial pedophile in Alabama, we must take a moment to savor the priceless political farce it has triggered in Washington. The harebrained schemes of hypocritical GOP leaders trying to jettison Moore are worthy of the Three Stooges, except in this case the number of stooges is far greater than three.  […]

As Moore has nothing to gain by dropping out of his Senate race, so Trump has nothing to gain by intervening; to do so would both shine a fresh spotlight on his own sordid history and rile his own base. Anyone who doubts the continuing power of that base over the GOP need only look to Sean Hannity of Fox News this week. Facing sponsor defections and having himself conducted a Moore interview that yielded non-denial denials, he gave Moore a 24-hour ultimatum to prove his innocence or get out of the race on Tuesday. Last night, he said Never Mind, deciding instead to leave Moore’s fate to “the people of Alabama.”

The First Daughter, meanwhile, has stepped into this moral vacuum with a statement of her own (that stops short of asking Moore to step aside): “There’s a special place in hell for people who prey on children.” This seems to be a White House–scripted talking point; nearly identical language was used by the Trump administration’s legislative director, Marc Short, when appearing on Meet the Press three days earlier. But as Elizabeth Spiers asked Ivanka Trump on Twitter, does this judgment apply to “your dad, who walked in on Miss Teen USA contestants while they [were] changing and bragged about it?” At this rate, Hell may yet get its own Trump Hotel.”

Amy Walter: “In 2016 we made the mistake of rationalizing away the prospect of a Trump victory. He was too unorthodox. He couldn’t possibly sustain momentum through the grueling primary campaign. We should not make same mistake in 2018. Sure, a lot can change between now and next November. And, Democrats have a narrow path to 24 seats – even with a big wave or tailwind. But, do not ignore what’s right in front of us. A wave is building. If I were a Republican running for Congress, I’d be taking that more seriously than ever.”