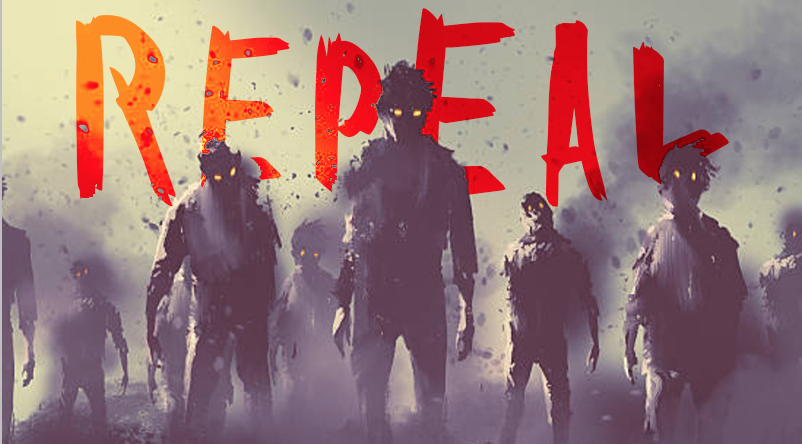 First Read: “But even if the legislation does pass (and it seems like Senate Republicans are doing whatever it takes to pass it) they won’t have an easy time selling it to the American public. Higher premiums, fewer who are insured, tax cuts for corporations, estate-tax repeal for the wealthiest of Americans – the TV ad attacks in 2018 are easy to envision.”

“And pairing repeal of the individual mandate makes it all but impossible to get some Senate Democrats (West Virginia’s Joe Manchin, North Dakota’s Heidi Heitkamp, Indiana’s Joe Donnelly) to support the GOP’s tax plan. And we’ve seen how partisan legislation plays with the American public at the ballot box.”

So, let me get this straight… Congress is now trying to kill Obamacare to pay for tax reform? So, in essence, lower and middle classes become less wealthy and more sick. How do these people sleep at night? https://t.co/HZ7AGir5QX

“Bottom line: Senate Republicans may have solved their math problem by repealing the individual mandate, but they’ve now added other problems to their tax plan – a week after health care was the most important issue in Virginia’s gubernatorial election, per the exit poll, and after Maine easily passed Medicaid expansion. What’s more, only 27 percent of Americans approve of President Trump’s handling of health care, according to last month’s NBC/WSJ poll.”

Johnson is a no. Collins is a strong lean no. Murkowski, McCain, Flake, Corker, Lankford have concerns. Ramp up pressure: this could be Trump's Waterloo.https://t.co/3A95Ynq8fQ

Sen. Ron Johnson (R-WI) told the Wall Street Journal that the Republican tax plan benefits corporations more than any other kind of business, and for that reason he is opposed to the bill.  Said Johnson: “If they can pass it without me, let them. I’m not going to vote for this tax package.”

Axios: “Unless they get Democrats on board, Republicans can only afford to lose two GOP votes. This is one.”

Jonathan Chait: “It is hard to take Johnson’s threat to oppose the bill credibly, in part because he is so conservative, and in part because he made similar noises about Obamacare repeal before falling in line. But his opposition is bad news for Republicans.

First, if he forces the party leadership to give more generous treatment of pass-throughs, it would cost money. They don’t have much money to spare. Every business lobby in Washington has a hand out, and Republicans are already dealing with the headache that their bill raises taxes on millions of middle-class households.

Second, even if Johnson ultimately folds, merely forcing the party leadership to to negotiate with him harms the chances of passage. Republicans are racing to complete their bill, in part because the upcoming special election in Alabama might well deprive them of a Senate seat and a reliable vote. […] Johnson is going to make party leaders spend more money or more time. And they don’t have much of either to spare.”

Sen. Tim Kaine (D-VA) is urging the DNC to end its tradition of using superdelegates, Politico reports.  Said Kaine: “I have long believed there should be no superdelegates. These positions are given undue influence in the popular nominating contest and make the process less democratic.”

“The plea from Kaine — himself a former DNC chairman, Hillary Clinton’s 2016 running mate, and a superdelegate — puts him on the side of many backers of Vermont Sen. Bernie Sanders, Clinton’s primary opponent in last year’s race for the White House.”

Sam Baker: “Senate Republicans’ latest tax proposal includes a provision to repeal the Affordable Care Act’s individual mandate. It’s a risky maneuver, but one that GOP leaders waded into with at least an outward projection of confidence, saying they believed they had 50 votes for the overall tax package.”

“Remember ‘skinny repeal’? The repeal bill that all but three Senate Republicans voted for on the express condition that it not become law? Because, as Sen. Lindsey Graham put it, ‘the skinny bill as policy is a disaster’? The policy is basically the same this time around.”

“That said, none of the three senators who killed skinny repeal — Susan Collins, John McCain or Lisa Murkowski — has said repealing the individual mandate would be a deal-breaker for their tax votes.”  Well, Collins is a hard lean no.

More Sam Baker: “Nearly 1.5 million people have signed up for coverage through HealthCare.gov in the first two weeks of this year’s open enrollment period — up from just over 1 million at the same point in the last enrollment window. Those results are stronger than many experts anticipated, in light of the Trump administration’s cuts to enrollment outreach.”

“We know," a former Senate aide said of the male lawmakers with the worst reputations. "There is a certain code amongst us.” w/ @SunlenSerfaty @sganim @jmsummers https://t.co/ucn3XsSwdg

Rep. Jackie Speier (D-CA) “revealed that two current members of Congress, who she wouldn’t name, have sexually harassed staffers,” Fox 5 News reports.  Said Speier: “These harasser propositions such as ‘are you going to be a good girl,’ to perpetrators exposing their genitals, to victims having their private parts grabbed on the House floor.”

“Between 1997 and 2014, a little known Congressional fund paid out $15.2 million to 235 people who made sexual harassment claims in Congress.”

Los Angeles Times: “Even as Senate leaders seek to enhance their tax package to make it more attractive to middle-class Americans, they are proposing making the new individual benefits expire at the end of 2025 in an effort to avoid adding to the long-term federal deficit.”  “Proposed cuts to corporate taxes would be permanent, under the revised Senate plan.”

Wall Street Journal: “Tucked into Republicans’ tax overhaul bill is a technical tweak to how inflation is measured. The change is designed to hold down the deficit, but over time it becomes a significant tax increase that hits many of the same middle-class households who start out as the plan’s beneficiaries.”

“Both the House and Senate versions of the tax bill would adjust the income thresholds at which tax rates change using a “chained” measure of inflation rather than the better-known consumer-price index.”

Most people tend to talk about 'soft power' as an unalloyed good, but read @HeerJeet on when and where Trump possesses soft power. https://t.co/dN3yyWd1lN

“Steve Louro, a Republican donor who hosted an event for Donald Trump at his Long Island home last year, abruptly quit his post as regional finance chairman for the state’s Republican Party over objections to the Republican-led tax bill advancing through Congress,” the New York Times reports.  Said Louro: “The bill that’s going to get passed is not going to take care of the American people. It’s a disgrace.”  He added: “The Republican Party took control of the government against all odds, and the bottom line is they fucked it up. It’s a disgrace. It’s going to hurt a lot of middle-class Republicans.”

Ron Brownstein: “Tremors from the suburban uprising radiated from coast to coast last week. Democrats won county-level seats in Nassau and Westchester counties outside of New York City and Chester, Bucks and Delaware counties outside Philadelphia that they had rarely, or never, won before. In Seattle, Democrats captured a suburban Seattle state senate seat that gave them control of the chamber. And in New Jersey, big suburban margins in places such as Bergen County powered Democrat Phil Murphy’s commanding win in the governor’s race.

But the epicenter of last Tuesday’s earthquake was northern Virginia. The result from the prosperous, growing, diverse and well-educated suburbs outside Washington, DC, clearly signaled that suburban voters unhappy with Trump were willing to express their discontent by voting against other Republicans on the ballot. In fact, the results signaled that Trump’s weaker performance in 2016 than previous Republican nominees in well-educated suburbs around major cities may be a new normal for other GOP candidates so long as Trump’s racially infused nationalism is defining the party.”

What “new rights” in 1965 might Roy Moore have been referring to that polite Alabama society opposed, I wonder… https://t.co/YBwwWyzYDz

Max Boot:  “The president’s conduct in Beijing serves as a reminder that bullies are also cowards. Trump is aggressive in confronting those weaker than he is — Gold Star parents, for example, or journalists — but when confronted with a true tough guy like Xi or Putin, he cowers and simpers.

Only when Trump arrived at his next stop, in Vietnam, did he go back to tough talk on trade. He delivered his familiar “America First” message, telling the Asia Pacific Economic Cooperation forum, “We are not going to let the United States be taken advantage of anymore. I am always going to put America first, the same way I expect all of you in this room to put your countries first.”

It does not seem to occur to Trump that his go-it-alone message is at odds with his attempts to mobilize other countries, China in particular, against North Korea. Such unilateralist talk also leads other country to conclude that they can no longer count on the United States, and therefore they must somehow go their own way. Thus America’s Pacific allies are moving ahead with the Trans-Pacific Partnership minus the United States, Trump having pulled out of this important trade treaty at the start of his presidency.”

Party leaders should lead. Great @ProfHansNoel piece on the 2016 Dem nomination, responding to @ezraklein at @MisOfFact.https://t.co/CL87tmE6hu

President Trump “has turned his daily intelligence briefing — a routine that in previous administrations has been a dry, formal affair — into a free-flowing conversation during which he peppers his CIA director, former House member Mike Pompeo, with questions about everything from national security threats to the internal dynamics of Congress,” Politico reports.

“The CIA director’s favored status in the West Wing has made him the odds-on choice to succeed Rex Tillerson as secretary of state, according to more than half a dozen administration officials and outside advisers familiar with the White House’s current plans. It’s not clear when Tillerson might leave — he has vigorously denied rumors that he plans to resign anytime soon — but Pompeo has told associates that he expects the president to tap him for the position and that he’d accept the job if it’s offered to him.”

“Christopher Steele, the former British intelligence officer who compiled an explosive dossier of allegations of collusion between the Trump campaign and the Kremlin, believes it to 70% to 90% accurate, according to a new book on the covert Russian intervention in the 2016 US election,” the Guardian reports.

“The book, Collusion: How Russia Helped Donald Trump Win, by Guardian journalist Luke Harding, quotes Steele as telling friends that he believes his reports – based on sources cultivated over three decades of intelligence work – will be vindicated as the US special counsel investigation digs deeper into contacts between Trump, his associates and Moscow.”

Said Steele: “I’ve been dealing with this country for thirty years. Why would I invent this stuff?”