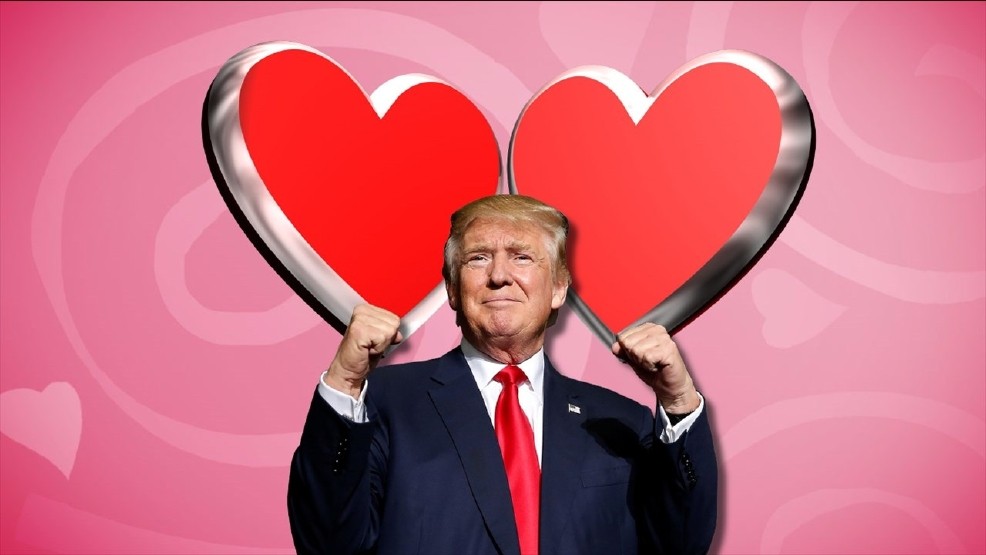 Via the Philadelphia Inquirer:

The first date was going great. Until politics came up.

It was a summer evening at Nineteen, and for two hours, Bryan Leib and the woman he met on a dating app had been enjoying drinks and a bird’s-eye view of the Philadelphia skyline.

Then she asked for whom he had voted in the presidential election. Leib, treasurer of the Philadelphia Young Republicans, answered honestly: Donald Trump.

“She stopped in her tracks and said, ‘You know what, Bryan? This has been a lot of fun, but I think we’re two completely different people,’” Leib, 32, of Center City, recalled. “And she literally got up and left.”

Not sure why he was surprised. It’s a really good question, because it tells you so much. Let’s review!

Voting for Trump tells me you were okay with his blatant racism, misogyny and bigotry. It wasn’t a deal breaker for you which tells me a LOT.

Voting for Trump tells me you were okay with women facing “some sort of punishment” for having an abortion. You believe in forcing women to give birth (and you wonder why women won’t date you?) while at the same time restricting their access to birth control. *Notice how condoms never come under attack in the birth control discussion? Me too. Wonder why? Perhaps because it’s the one form of birth control men have complete control over.

Voting for Trump tells me your patriotism seems puddle deep; that attacking John McCain for being a POW and going after the Khan family, which checked every racist, misogynist, bigoted box didn’t cause you to not vote for him. Yeah, your “support the troops” mantra has a asterisk next to it. It’s conditional.

Voting for Trump tells me that you don’t “believe” in science (as if science is a belief system – and that, right there, is a deal breaker). Evolution and Climate Change aren’t open for debate.

Voting for Trump tells me that you buy into the “boys will be boys” and “just locker room” talk when it comes to sexual assault and harassment. Sorry, but if you dismiss this, that’s a big ol’ red flag on the field.

Voting for Trump tells me that you’re immigration views aren’t based on facts. They’re based on bigotry. Facts would tell you that immigrants commit far fewer crimes that native-born Americans and that if you want to fear someone you should worry about home-grown right wing terrorists.

Voting for Trump tells me that the LGBTQ community doesn’t matter to you and that you’re fine with discriminating against them in the military, a bakery, bathrooms, schools, etc..

Voting for Trump tells me that your “family values” platform doesn’t extend to the neediest among us. You know, show me your budget and I’ll show you your values.

Voting for Trump tells me you probably scoff (or worse) at Black Lives Matter. It also tells me that you’re an easily led individual, one that’s been told (and actually believes!) that kneeling NFL players are doing so to disrespect our country and our military – A person who actually believes that Chicago has the strongest gun laws and has probably uttered the phrase “black on black crime” and when called on it trots out the tired (and revealing) line, “But I have a black friend!”

Voting for Trump tells me that everything you ever said about the debt and deficit is BS. If it wasn’t, you’d be freaking out about the latest GOP/Trump tax cuts. You’d also be howling about the Niger Investigation  – and if Hillary had been President you’d be screeching about locking her up. Oops! You’re still doing that, only not about Niger. Which leads me to me next point…

Voting for Trump tells me you’re most likely a hypocrite.

There’s so much more, but you get the picture. Asking someone if they voted for Trump tells you soooo much about that person. It’s a great question. Here’s another question: Why would Leib be surprised his date (quite nicely and clearly, I might add) considered his Trump vote a deal breaker? It told her everything she needed to know.

Feel free to add your own “Voting for Trump tells me…” in the comments. I left out a lot!

19 comments on “Would You Date A Trump Voter?”