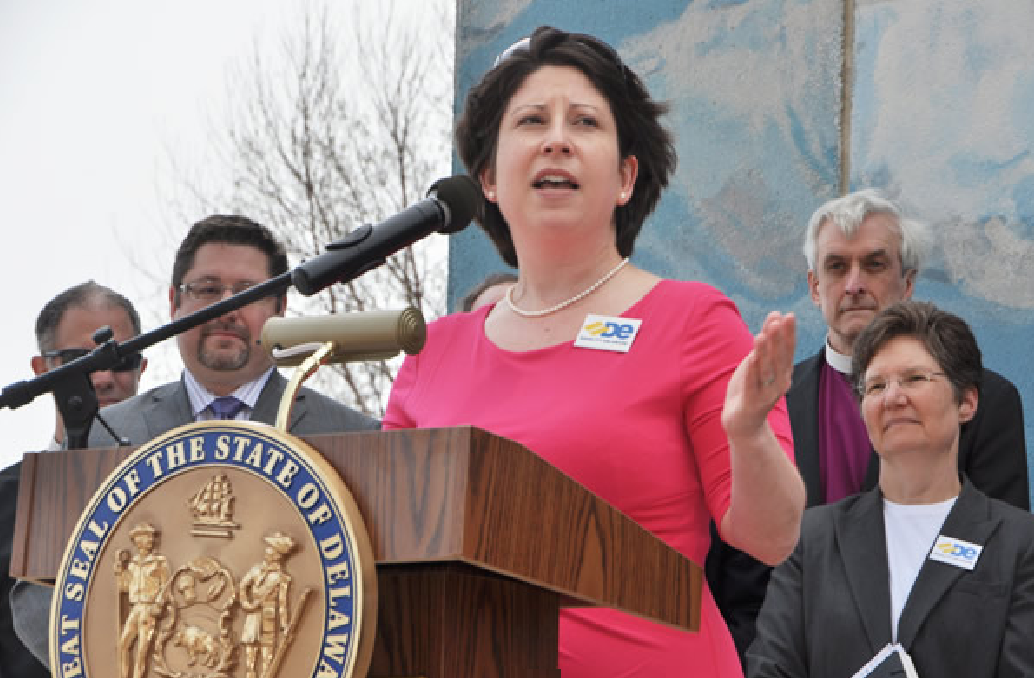 State Representative Melanie George Smith is perpetuating a fraud on her district and on us.  She expects us to believe that she does not live with her young family at their new home in Newark, 5 miles outside her district.  She is lying.

“The Newark-area home is about 10 miles outside of Representative District 5, which she has represented since 2003.  Smith on Thursday confirmed that her family resides in the Newark-area home. But she insisted that she does not live there – at least most of the time.  “I live in a home in my district,” she said.  Four days before selling her house in Bear [back in September], the 44-year-old officially changed her address to a townhouse on South Tribbit Avenue, according to the Delaware Department of Elections.

That three-bedroom home in the Stone Mill neighborhood is located less than a half mile from her old home in Bear. The property is owned by Anthony F. Pennella, Smith’s campaign treasurer since at least 2013.  The townhouse is not licensed as a rental property, according to New Castle County officials. Pennella, a registered Republican, also lists the townhouse as his permanent address on state voter rolls.  Pennella on Thursday insisted Smith lives in the townhouse but declined to comment further.

“I don’t need to get into all that with you,” he said. “It’s none of your business.”

It is the business the residents and constituents of the 5th Representative District, who never see Melanie George Smith, their supposed Representative, at any civic events or meetings.   It is quite clear that Melanie George Smith is lying and is not living at this Bear home.  She fabricated a lease agreement and got her former Republican campaign treasurer to lie for her.   All so she can hold onto power in a district no longer her home.  If there were a way to remove her or fire her today, it should be done.  But that is not an option.   All we have is the integrity of Mrs. Smith forcing her to do the right thing and resign, but since she is engaged in this fraud, it is clear she has none.

I am pleased that Party Chair Erik Raser-Schramm is not running interference for her.  His statement: ““It is clear Rep. Smith was a full-time 5th District resident when she won re-election there in 2016, [b]ut it is also clear that circumstances surrounding her residency have changed and that should be a significant consideration as we approach 2018.”

Indeed.  She should be precluded from running in the 5th RD in 2018.   If Elaine Manlove decides to participate as a co-conspirator in Smith’s fraud by allowing her on the ballot in that district in 2018, then we need a progressive challenger to primary her, or, failing that, we must support the Republican in the fall.