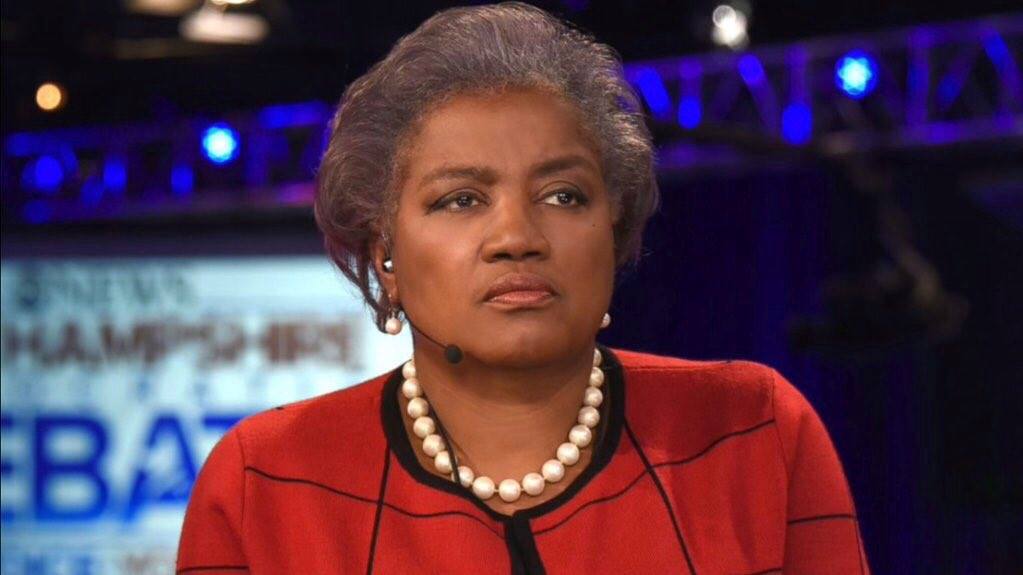 This is the article that is causing yesterday’s and today’s DNC buzz — Inside Hillary Clinton’s Secret Takeover of the DNC.  This is supposed to be a chapter from her new book.  It is an interesting read, clearly meant to communicate a major exposé.  The prep for the Bernie Sanders call, the money revelations, the secret Hillary takeover in exchange for money to bail out the DNC.  But I’m not so certain of how much tea is really being spilled here.  There’s alot here that doesn’t quite add up or is just old news buffed up to be part of what is clearly meant to be a blockbuster book:

Brazile was an officer of the DNC before she became Interim Chair.  She was a Vice Chair.  How do you NOT know how your organization is getting its funds on a regular basis?  How do you not ask?  Funding is pretty critical at the DNC and even the monthly or quarterly announcements of fundraising are treated as its own horse race, so where was she all of this time?

It also wasn’t real news that Hillary was raising funds for the DNC and that Bernie was not.  This article is from April 2016 — while Brazile was a DNC Vice Chair.

If Hillary *was* indeed running the DNC during the primaries, who decided that Donna Brazile would be Interim Chair?

Wikileaks posted a copy of the Clinton JFA in October 2016, but the WaPo reported on the JFA in 2015.  Bernie also signed a JFA with the DNC in 2015, but never used it.  Why?  Likely because those JFAs are more about exercising a fundraising loophole — letting donors write way bigger checks and skimming off some for states.  Bernie wasn’t asking for that kind of money yet and probably had not made a decision as to whether or not to help fundraise for states.  It took until 2016 for Bernie to object to the JFA and the opportunity that Clinton took to get the much bigger checks (and for Clinton to raise money for the states).

But wait, there’s more!  In early June 2016, CNN notes that Hillary filed a new JFA to let her raise money for the convention and the general election.  Is it possible that Brazile looked at the last JFA (the one that you would expect to give her control of key functions of the DNC) and never looked at ones for the primary?  I don’t know — but it is odd that with almost a year of regular reporting on these JFAs that suddenly Brazile is shocked to find one that gives Hillary control of the DNC.  We won’t know unless the DNC actually releases the officially executed one from 2015 or someone can get the original filings.  Or maybe the 2016 deal is an amendment to the 2015 deal. Who knows.  But it is beyond strange that Brazile would hang so much drama on some secret JFA, when the media pretty regularly reported on the existence of these agreements as campaign milestones.

But then there’s this directly from Brazile’s chapter:

I had tried to search out any other evidence of internal corruption that would show that the DNC was rigging the system to throw the primary to Hillary, but I could not find any in party affairs or among the staff. I had gone department by department, investigating individual conduct for evidence of skewed decisions, and I was happy to see that I had found none. Then I found this agreement.

So she finds an agreement that gives Hillary control of the DNC (assuming she means since 2015 when the Clinton Campaign signed it), but she can’t find ANY EVIDENCE supporting any claim that the DNC undermined Bernie specifically.  Hillary was running the DNC according to Brazile, but even her own investigation showed that Hillary did not try to kneecap Bernie during the primaries.

One of the biggest things that annoys me from critics of the Democratic Party is just how little they know about what the DNC (even the RNC for that matter) does.  Their job is supporting Party building (this is the state level stuff and voter files), supporting Presidential GOTV operations, running a nomination process, running the Convention — and since Citizen’s United at least — a fundraising vector.  A loophole Super Pac.  And this PAC has increasingly been its prime directive.  They choose no candidates, they count no votes, they run no primaries.  If they are supporting specific down-ballot candidates, that is usually in conjunction with the DSCC or DCCC.  The DNC is nowhere near as powerful as its critics like to believe.  The DNC has huge functionality problems and I’d bet A LOT of money that if you polled boots on the ground party activists they’d tell you that what they want from the DNC is better voterfile technology and better support at the boots on the ground level.  I’m sure that they would also tell you that they wish that Party electeds (starting with Presidents when Dems are in power) would be way more interested in real Party building.  Bill Clinton didn’t care much about the DNC and neither did Obama.  Letting your party lose its prime directive (voter engagement) in favor of loophole fundraising means that the Party didn’t have the resources to push back on the massive march towards GOP gerrymandering.

Clinton and Brazile left the DNC in the black though.  And that was partly due to the fact that as early as 2015, Hillary Clinton was fundraising for her campaign, for the DNC AND for a Victory Fund that couldn’t be accessed until after the primaries were done.  (And it is also because Brazile decided that the DNC would not be left in debt as Obama did for two cycles.)  Bernie Sanders did fundraising for himself and did not help the DNC or down ballot candidates.  Which was his choice, but the person who took on the stretch fundraising goals is the person who is getting vilified here on pretty thin evidence.  And for not much reason other than that is the kneejerk response.  I’ve been amusing myself thinking of the reactions if Bernie had won and the DNC didn’t have enough money to get its work done through the General.  That would have been the DNC’s and Hillary’s fault too.

It has also been amusing to watch all of the people who vilified Brazile for handing over CNN debate questions to Hillary (she’s in the tank for Hillary!!!) now think she’s a righteous truth-teller.

But at the end of the day, letting the DNC focus on money rather than voters has clearly damaged the party.  From the notes and info I saw from the DNC Fall meeting, it looks from here that Perez wants to change that.  At least making organizing and voter engagement as much of a priority as the fundraising.  I hope that he’s successful at that.  But in the meantime, I’m pretty certain that there isn’t so much DNC collusion as there is an ex-Interim Chair whose Party star is dimming fast who needs to sell a book.