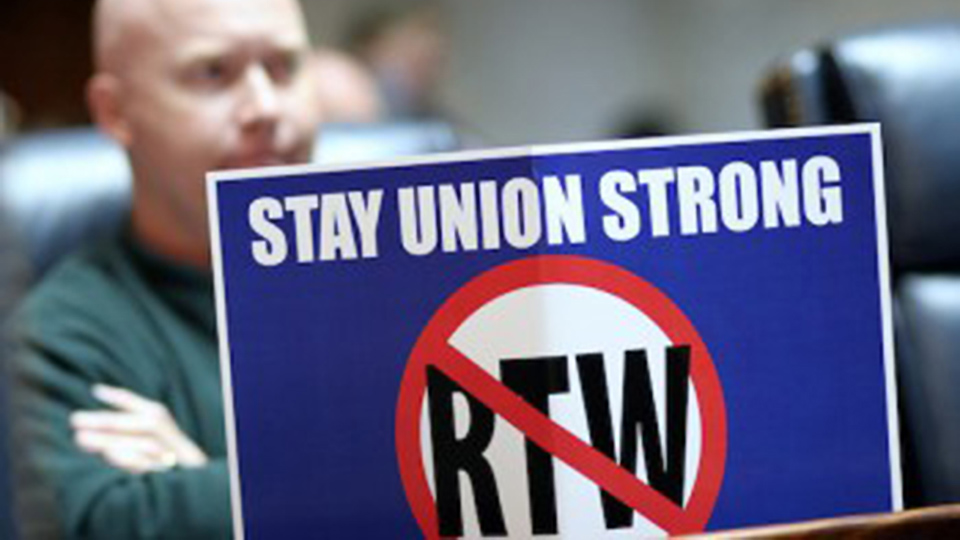 Sussex County is still on its march to implement a “Right-to-Work” law that would cover the county.

At the Sussex County Council’s October 25 meeting Councilman Arlett’s ordinance was sent back for some revisions.  It wasn’t drafted properly per County guidelines (meaning that it was drafted by some outside group) and sent to their Law Department for cleaning up/  The County’s Counsel had the opinion that the County did not have the authority to do this, but Arlett is committed to introducing this thing.

He is committed to doing this even if it is of questionable legality and even if the defense of this will cost the county an arm and a leg.  And while plenty of people are wondering  why this is such a big deal in what is likely the most non-unionized part of the state already  we have to remember that we have a local member of the 1% who is in a business whose profitability depends upon minimum wage and the GOP is probably looking to run on this in 2018.  So get used to hearing Delaware’s GOP making the argument that Delaware’s workers should be paid less.  And be paid less so that owners can make more.

The final ordinance was finally introduced last night in Sussex Council.  Supported by the Nazi-affiliated Ceasar Rodney Institute, naturally.  Delaware’s Building Trades were out in force for each meeting to speak against this effort and could use our help in reaching out to our state reps to make sure they know we do not support Right to Work for Less.  Middle-class families are already under attack by the GOP, if this passes, there will be fewer middle-class families in Delaware.

4 comments on “Right to Work for Less in Sussex”