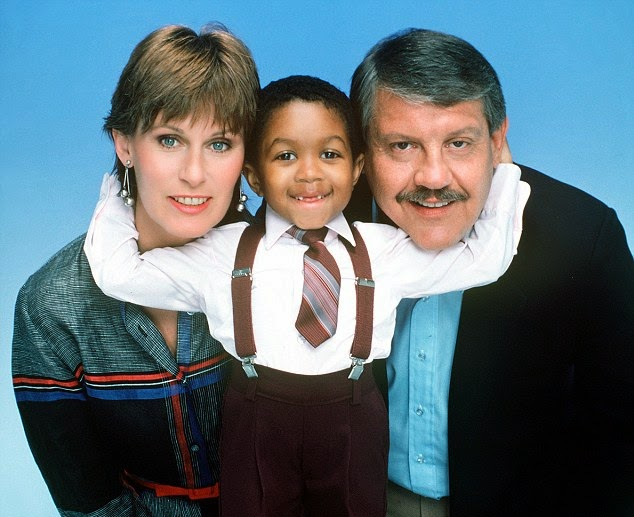 The indictments from Robert Mueller that everyone was waiting for this morning — those of Paul Manafort and Rick Gates — were quickly overshadowed by news that campaign adviser George Papadopolous had been arrested last summer and has been cooperating with the special counsel’s office ever since.

As Josh Marshall explains:  “It shows a Trump foreign policy advisor in active communication with what appear to be Russian government officials or spies trying to get dirt on Hillary Clinton, arrange meetings with Russian government officials (even Vladimir Putin, rather ludicrously) and solicit Russian support. That an active foreign policy advisor was taking these actions while in active communication with the campaign about those actions is quite damning. An unnamed campaign official sent back word that a meeting with Trump himself was not happening.”

The release of the Papadopolous guilty pleas today made clear that Mueller has direct evidence of the Trump campaign “coordinating” with Russian officials. He tried to set up at least six meetings with Russian officials and the Trump team during 2016.    It seems pretty clear now that many Trump campaign officials, including Donald Trump himself, were openly colluding with Russia throughout the campaign, as Ryan Lizza points out:  “At every point, crucially, Papadopoulos loops in his superiors—immediate ones, distant ones, and at one point even the candidate himself. “Great work,” the campaign supervisor enthuses after he first reports the contact in March. On March 31st, according to the guilty plea, Papadopoulos reports personally to Donald Trump, and other senior policy officials, that “he had connections that could help arrange a meeting between then-candidate Trump and President Putin.” The plea does not record what the reaction in the room was, but whatever it was, it certainly did not discourage Papadopoulos from pressing ahead.”

Trump is "seething" as the Mueller probe reaches former aides, according to a Republican close to the White House https://t.co/yA4cxxzUEF pic.twitter.com/WpOrzEkFnM

“President Trump woke before dawn on Monday and burrowed in at the White House residence to wait for the Russia bombshell he knew was coming,” the Washington Post reports.

“Separated from most of his West Wing staff — who fretted over why he was late getting to the Oval Office — Trump clicked on the television and spent the morning playing fuming media critic, legal analyst and crisis communications strategist.”

“The president digested the news of the first indictments in Special Counsel Robert Mueller’s probe with exasperation and disgust… He called his lawyers repeatedly. He listened intently to cable news commentary. And, with rising irritation, he watched live footage of his onetime campaign adviser and confidant, Paul Manafort, turning himself in to the FBI.”

Papadopoulos' guilty plea is much bigger problem for Trump than the Manafort indictment – CNNPolitics https://t.co/wxzX2wLITT

Lawfare: The first big takeaway from this morning’s flurry of charging and plea documents with respect to Paul Manafort Jr., Richard Gates III, and George Papadopoulos is this: The President of the United States had as his campaign chairman a man who had allegedly served for years as an unregistered foreign agent for a puppet government of Vladimir Putin, a man who was allegedly laundering remarkable sums of money even while running the now-president’s campaign, a man who allegedly lied about all of this to the FBI and the Justice Department.”

“The second big takeaway is even starker: A member of President Trump’s campaign team now admits that he was working with people he knew to be tied to the Russian government to ‘arrange a meeting between the Campaign and the Russian government officials’ and to obtain ‘dirt’ on Hillary Clinton in the form of thousands of hacked emails—and that he lied about these activities to the FBI. He briefed President Trump on at least some them.”

Financial Times: “The allegations in the federal indictment of Paul Manafort and Richard Gates — even considered in isolation — are enough to frighten any friend of America. If they are true, Donald Trump’s campaign manager from March to August 2016 — a period encompassing his nomination by the Republican party — was a criminal. Not a criminal in some abstract or technical sense: Mr Manafort is accused of laundering millions of dollars, evading taxes, and concealing his role as a lobbyist for a foreign government.”

“The latter point is the most alarming. It raises the possibility that a foreign power, without knowledge of the electorate, influenced the policy of the party that ultimately won the presidency.”

What did the Trump campaign know about the hacked emails, and when did they know it? https://t.co/PdwtKBgwOj

Jonathan Swan: “Nobody was surprised to learn that former Trump campaign chairman Paul Manafort is the first to be publicly indicted, along with his business partner Rick Gates, for alleged money laundering, failing to disclose foreign lobbying, and tax violations.”

“One of those sources told me ‘people are relieved it’s Manafort and not Flynn’ who was indicted.”

“I’ve had dozens of conversations about this subject with administration officials over the past months, and while nobody I’ve spoken to genuinely thinks collusion with Russia happened on the campaign, plenty worry about what Bob Mueller’s crack team of financial investigators will turn up on Trump and his allies.”

Republicans mostly quiet about indictments, but Mueller did get some support from one: Chuck Grassley https://t.co/3Y1UQEX2K2

Former Director of National Intelligence James Clapper told Politico that no matter how much President Trump rants about the “Russia hoax,” the 2016 hacking was not only real and aimed at electing Trump but constituted a major victory for a dangerous foreign adversary.   Said Clapper: “The Russians have succeeded beyond their wildest expectations.”  He added that the investigation of whether Trump’s team colluded with Russia constitutes a “cloud not only over the president, but the office of the presidency, the administration, the government and the country” until it is resolved.

Former Speaker John Boehner (R-OH), in a must-read Politico profile, says the Republican party is a completely adrift.  Said Boehner: “Donald Trump’s not a Republican. He’s not a Democrat. He’s a populist. He doesn’t have an ideological bone in his body. So who, I ask, is the leader of the party? There is nobody.”

Who is Rick Gates? Paul Manafort's behind-the-scenes deputy gets dragged into the spotlight. https://t.co/0hsVKkoHfZ pic.twitter.com/ArPqOLRm5S

Sen. Susan Collins (R-ME) told Bloomberg that “she’s opposed to two tax breaks for the wealthy that her party leaders are pushing for, indicating that her vote won’t be easy to win on President Trump’s top legislative priority.”

Said Collins: “I do not believe that the top rate should be lowered for individuals who are making more than $1 million a year. I don’t think there’s any need to eliminate the estate tax.”

Wall Street Journal: “The plan is to keep the tough trade-offs in the bill secret until after Halloween, then reach Thanksgiving with bills passed by the House and Senate and hit New Year’s Day with a bill on Mr. Trump’s desk. That’s close to financial-crisis speed, pushing Congress into a kind of emergency lawmaking mode it typically uses only when inaction means cataclysm.”

A new Quinnipiac poll in Virginia finds Ralph Northam (D) holds a 17-pointlead over Ed Gillespie (R) in the race for governor, 53% to 36%.

Source close to House leadership on tax plan: "I don't think people realize how many sharp objects will be in" ithttps://t.co/eimZIPHVYa

President Trump is expected to name Jerome Powell as the next chairman of the Federal Reserve, replacing Janet L. Yellen, the current chairwoman whose term expires early next year, the New York Times reports.

“Mr. Powell, a Fed governor since 2012, is a Republican with deep roots in the party’s establishment and in the financial industry. He has steadily supported the Fed’s current approach to monetary policy and financial regulation, creating an expectation that he would bring continuity to the role.”