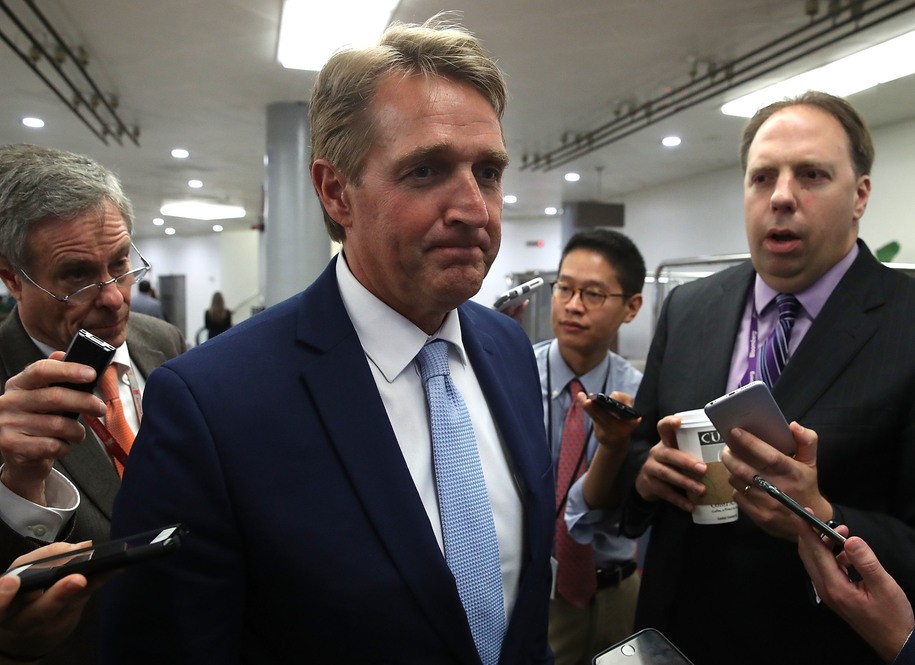 He rose in the Senate this afternoon to give a blistering speech on the degrading of our government, our ideals and political discourse by Trump. He did not say the man’s name, but you got it. And he announced his retirement from the Senate at the end of this term:

The Washington Post has helpfully posted the text of the speech.

“The notion that one should stay silent as the norms and values that keep America strong are undermined and as the alliances and agreements that ensure the stability of the entire world are routinely threatened by the level of thought that goes into 140 characters — the notion that one should say and do nothing in the face of such mercurial behavior is ahistoric and, I believe, profoundly misguided.”

It’s a scathing bit of business and now means that he joins the Unpredictable Caucus of GOP members in the Senate.  It is worth remembering, though, that he has voted on the Trump agenda the majority of the time — including the health care debacles.

Still, it is worthwhile to hear someone from the GOP talk about how not normal all of this is and remind all of us that we shouldn’t accept it.

How many more need to get fed up before the Senate is in play?

15 comments on “Senator Jeff Flake Is Officially Over The GRIFTUS”