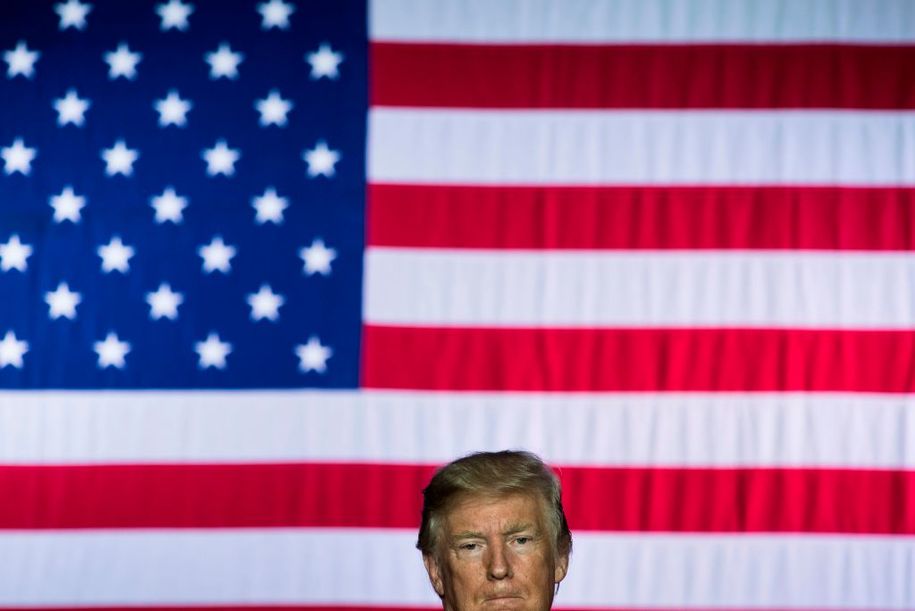 White House aides were “hustling” to get an up-to-date list of soldiers who died this year after President Trump claimed in an interview that he had contacted the families of “virtually everybody” in the military who was killed since he took office, Roll Call reports.   An email exchange “shows that senior White House aides were aware on the day the president made the statement that it was not accurate — but that they should try to make it accurate as soon as possible, given the gathering controversy.”

The Atlantic reports that the White House started express-shipping condolence letters as the crazy week of lies, disgrace and nonsense unfolded.  Reporters for The Atlantic spoke to multiple families who received expressed-shipped UPS packages from the White House on October 20th (Friday), which had been shipped on the 18th.  That is simply disgraceful.

Meanwhile, in the video below, Col. Jack Jacobs, a medal of honor recipient himself, says Gen. John Kelly should simply apologize for his lies, and then holds forth more broadly on the notion that Trump damages and diminishes everyone who serves him.

Col. Jack Jacobs says Gen Kelly should just apologize. An interesting meditation on the moral sewer of Trumpism and how it damages us all. pic.twitter.com/uKttv6O7kx

“America has had wealthy governors before—think of Nelson Rockefeller and Franklin Roosevelt, both of whom governed New York. But their proliferation is new.”

A NYT special investigation: the war within the E.P.A. over toxic chemicals and safety https://t.co/2NwIrjYE8E

Stephen Bannon said there “has not been a more destructive presidency than George Bush’s,” while arguing that Bush “embarrassed himself” with a “high falutin” speech which criticized President Trump, CNN reports.  He added that Bush “has no earthly idea of whether he’s coming or going… just like it was when he was president.”  I’m torn.  Bush was a horrible President.   But he hasn’t been a bad ex-President.   And Bannon is evil.  Man, if you told me in 2008 that I would be defending Bush 9 years later against somebody, I would said you were crazy.

President Trump told Fox Business he doesn’t think he would be elected president of the United States without the power of social media.  Said Trump: “I doubt I would be here if it weren’t for social media, to be honest with you.” He added: “Tweeting is like a typewriter — when I put it out, you put it immediately on your show. I mean, the other day, I put something out, two seconds later I am watching your show, it’s up.”

And then he goes out and says social media was for Hillary Clinton in yet another insane tweetstorm.

Lovely to see President Barack Obama receiving so much love.

Whatever else you read today, check out Ari Berman’s Mother Jones article, “Rigged: How Voter Suppression Threw Wisconsin to Trump.” As Berman writes, “A post-election study by Priorities USA, a Democratic super-PAC that supported Clinton, found that in 2016, turnout decreased by 1.7 percent in the three states that adopted stricter voter ID laws but increased by 1.3 percent in states where ID laws did not change.

Wisconsin’s turnout dropped 3.3 percent. If Wisconsin had seen the same turnout increase as states whose laws stayed the same, “we estimate that over 200,000 more voters would have voted in Wisconsin in 2016,” the study said. These “lost voters”—those who voted in 2012 and 2014 but not 2016—”skewed more African American and more Democrat” than the overall voting population…After the election, registered voters in Milwaukee County and Madison’s Dane County were surveyed about why they didn’t cast a ballot. Eleven percent cited the voter ID law and said they didn’t have an acceptable ID; of those, more than half said the law was the “main reason” they didn’t vote.

According to the study’s author, University of Wisconsin-Madison political scientist Kenneth Mayer, that finding implies that between 12,000 and 23,000 registered voters in Madison and Milwaukee—and as many as 45,000 statewide—were deterred from voting by the ID law. “We have hard evidence there were tens of thousands of people who were unable to vote because of the voter ID law,” he says…Its impact was particularly acute in Milwaukee, where nearly two-thirds of the state’s African Americans live, 37 percent of them below the poverty line. Milwaukee is the most segregated city in the nation, divided between low-income black areas and middle-class white ones.”

This Democrat put KKK terrorists in prison — now he might win a U.S. Senate seat in the deep South pic.twitter.com/Dxos5hRRv2

David A Graham of the Atlantic: “So that was Character Counts Week. First the president, and then his chief of staff, made a series of easily disprovable false claims. Trump, by needlessly calling attention to his condolences to soldiers, revealed himself to have been negligent. Meanwhile, his untruths about both calling the soldiers and, based on Kelly’s account, the content of his call have managed to somehow even further degrade his honesty.

Kelly, too, has besmirched himself. Like H.R. McMaster, he entered the Trump administration enjoying nearly universal respect. As with McMaster, after his flimsy spin for Trump disclosing classified information in May, Kelly is demonstrating how quickly the job of defending Trump can destroy a carefully earned reputation. Between his own inaccurate account of the Florida event and Sanders’s doubling down on his version, reporters will now know just how seriously to take Kelly when the White House next sends him out to try to clean things up.”

“We are witnesses to the most ruthless attack on a president & the people who voted for him…in American history." –@DLoesch #NRA pic.twitter.com/rcPAKMVJI0

Dana Loesch is deeply troubled by the opinions expressed by Americans exercising their First Amendment rights. She wants the Second Amendment fringe lunatics to grab some more guns and ammo to add to their impressive collections.  In just under one minute, Loesch proclaims that Trump is the victim of terribly unfair persecution. She complains of a political system that lacks legitimacy, even though the Republican party they serve has been complicit in delegitimizing our democracy. She complains of billionaires who seek to undermine the system and of course, she demonizes the “universities” where that awful education of people takes place.

The language is dramatic, almost Old Testament Biblical. Phrases like ‘drive their daggers through the heart of our future’ and ‘so they can build their Utopia from the ashes of what they burned down.’ Not only does the language get a bit excessive, the paranoia is evident by this gem: ‘But the ultimate insult is that they think we’re so stupid that we’ll let them get away with it.’ We don’t think you’re so stupid Dana.

President Trump has promised to spend at least $430,000 of his own money to defray legal costs incurred by campaign associates and White House staff due to the Russia investigations, Axios reports.

Conspiracy theorists were rejoicing Saturday after President Donald Trump said he will give the green light to release thousands of long-declassified files related to the assassination of President John F. Kennedy. The National Archives was already due to release the documents on Oct. 26 but recent reports claimed that Trump was under pressure from some in the intelligence community to leave at least a few of the documents under lock and key.

Big problem single-payer fans need to confront: huge disruption of insurance for people happy with what they have. https://t.co/coYFBvrKIS

Sarah Kliff at Vox has more on the Medicare X plan that gives people more choices, not less.

“The Sanders plan would equalize insurance for everyone in America — a seismic shift in how Americans are used to getting health care. The changes would be drastic to the system. The Bennet-Kaine [Medicare X] plan would feel more familiar, leaving consumers with choices while giving everyone access to a government plan.

Medicare X would allow all Americans to buy a public health insurance plan. That plan would pay doctors the same prices that Medicare currently does, and it would allow patients to be seen at the offices and hospitals that Medicare has in network.

But it would have a different benefit package from the public program that covers Americans over age 65. The Medicare X plan would cover things that Medicare does not, such as pediatrics and maternity care.

Bennet and Kaine envision the Medicare X plan growing slowly. In 2020, it would become available only in counties with one or zero health plans selling on the Obamacare marketplace. In 2023, it would open to the entire country and, in 2024, allow small businesses to enroll too. Sen. Tim Kaine (D-VA), one of the sponsors, says he could foresee a future where large employers are also allowed to buy into the plan. (That is not included in the current version of the plan.)”

$32 mil is a staggering figure. After the settlement Fox began talks w/O’Reilly to extend his contract W/@emilysteel https://t.co/Hjgd2N92AA

“Although the deal has not been previously made public, the network’s parent company, 21st Century Fox, acknowledges that it was aware of the woman’s complaints about Mr. O’Reilly. They included allegations of repeated harassment, a nonconsensual sexual relationship and the sending of gay pornography and other sexually explicit material to her.”

“It was at least the sixth agreement — and by far the largest — made by either Mr. O’Reilly or the company to settle harassment allegations against him. Despite that record, 21st Century Fox began contract negotiations with Mr. O’Reilly, and in February granted him a four-year extension that paid $25 million a year.”