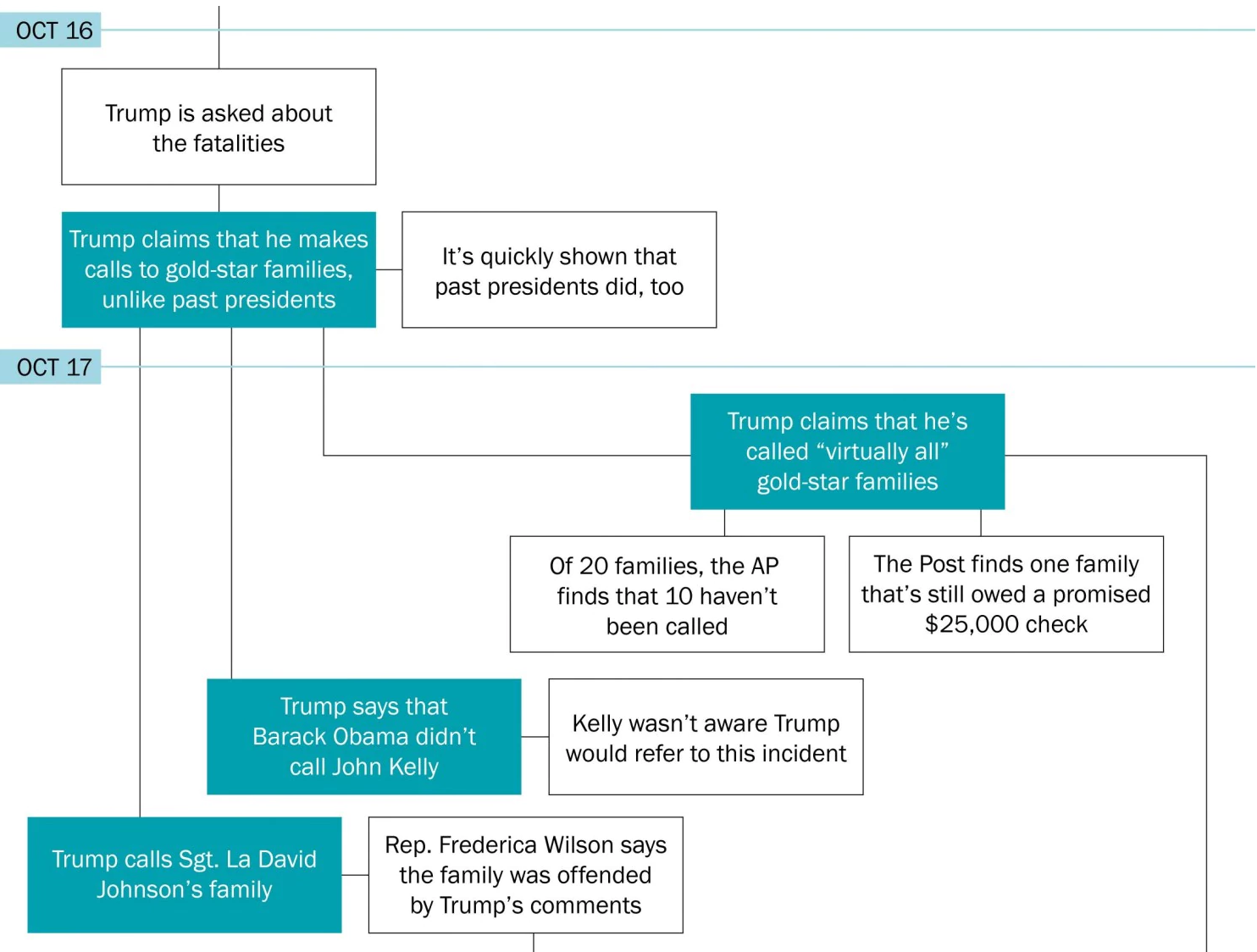 Daily Beast: “Over the past week, President Trump has accused his predecessors of not caring enough about fallen soldiers and their families, used his own chief of staff’s dead son as a political weapon, brought a Gold Star widow to tears, and repeatedly attacked a congresswoman for speaking out about it.  It was a spectacularly-shambolic week for the White House. And Trump has absolutely no regrets about any of it.”

The Washington Post put together this wonderful time line:

0 comments on “A Spectacularly Shambolic Week”