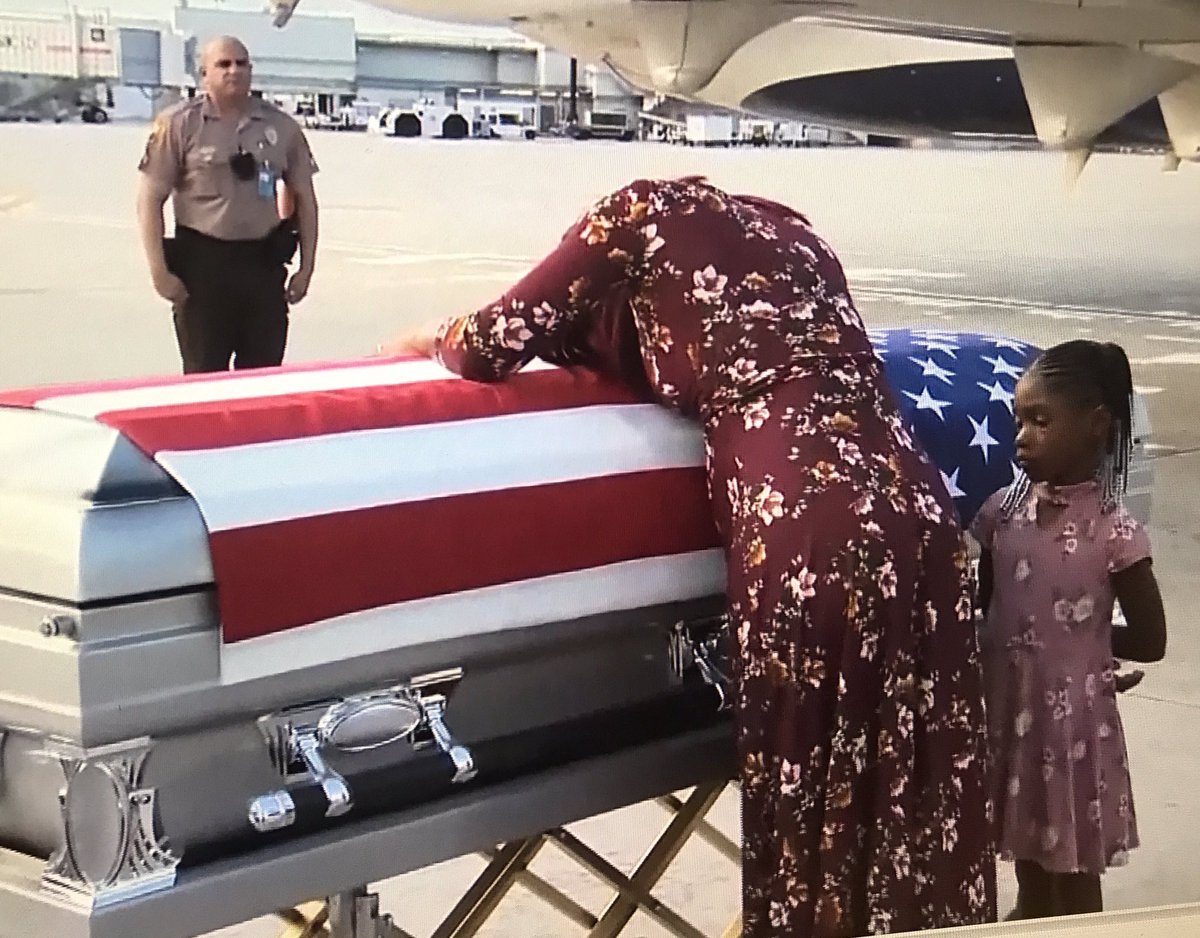 Given Trump’s comments to Puerto Rico, this sounds about right:

President Donald Trump told the widow of US Army Sgt. La David Johnson, a Green Beret killed during a mission in Niger on October 4, “He knew what he signed up for … but when it happens, it hurts anyway,” according to a Democratic member of Congress who says she heard the call.  […]

According to the Washington Post’s Phil Rucker, the White House isn’t confirming or denying Wilson’s story, only saying such calls are “private.”

But… someone at the White House is (of course) denying it:

Democrat Congresswoman totally fabricated what I said to the wife of a soldier who died in action (and I have proof). Sad!

How many times has this man claimed to have “proof” of something only to never produce it? Where are those Comey tapes?

Trump was forced to call those soldiers families. The press questioned him on why he hadn’t contacted them, and in his typical fashion, he lied – saying President Obama and President Bush didn’t reach out to Gold Star families. When countered on that big, fat lie he did his usual deflection, “I don’t know, but that’s what I heard.” Sweet mercy!

But the point is, Trump was forced to call the soldiers’ families, and we all know how Trump acts out when forced to do something he doesn’t want to do. We also know he is 100% incapable of feigning (let alone actually feeling) empathy and compassion.

Meanwhile, with that stunning tweet, Trump has put a grieving widow in the center of the upcoming twitter war. He has put her in a position where all eyes turn towards her, awaiting her response. He has no decency. Sad.