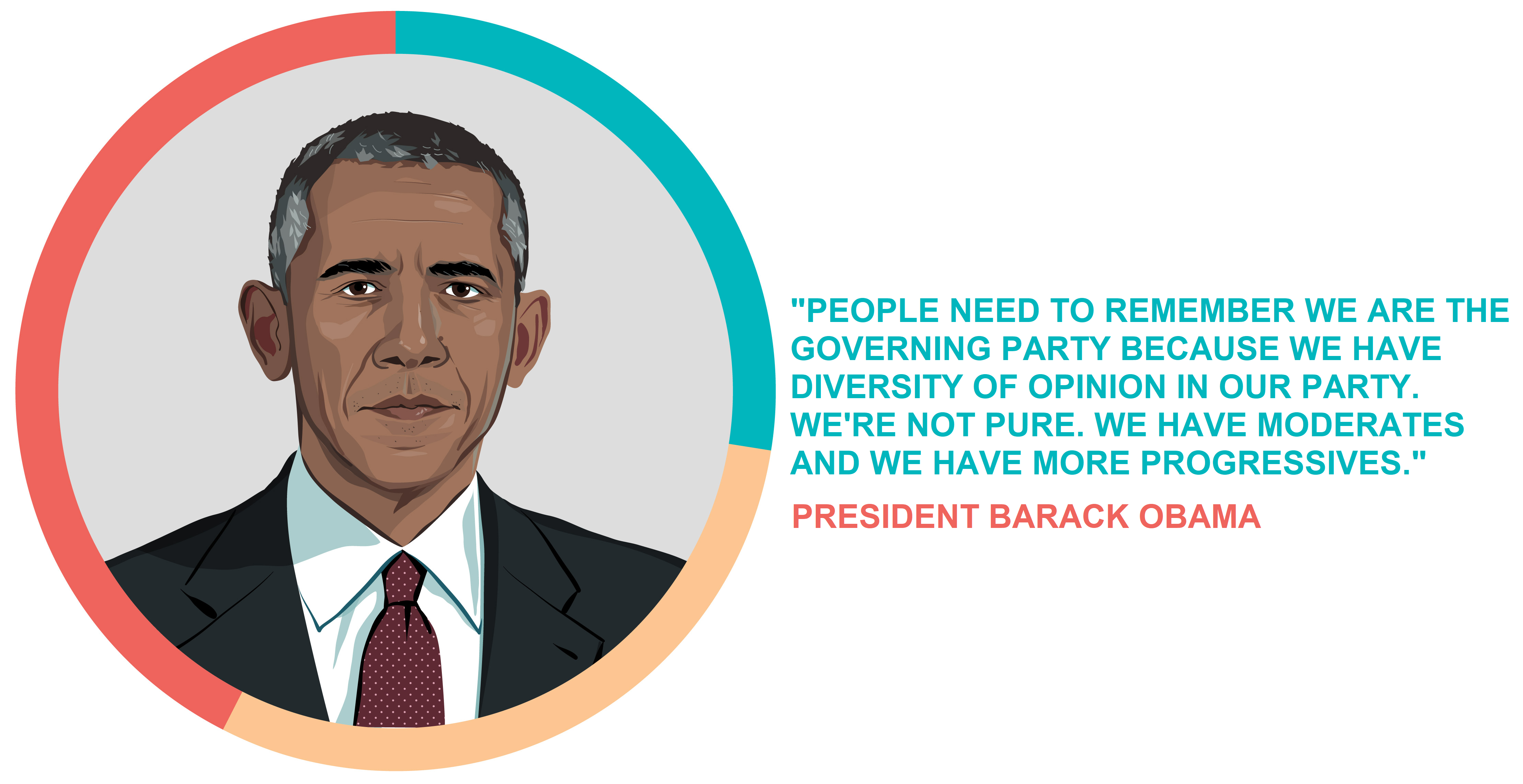 I want to take two of the items from DD’s Open Thread today and talk about them some more. And get some additional feedback, because these two things strike me as important to a larger conversation of where Democrats are going.

Shifting attitudes among Democrats have big implications for 2020

What interests me here is what looks like the end of a set of behaviors asked for of Democrats, and that is some moderation of governing policy ambition in the service of appealing to centrists. It also interests me that Democrats are increasingly speaking in terms of their aspirations (vs. achievable policy goals or adjustments)for what government should look like — the way that conservatives have been speaking since Newt Gingrich. I’m interested in the fact that the media narrative has taken up how appalling it is for Democrats to move to their natural left, while being a wingnut conservative has NEVER been a liability.

So first up, I mostly agree with all of the voices in the New Republic article who clapped back at Biden’s message of compromise (and frankly, nostalgia) at his event for the D candidate for AL Senator.

Second, I also get that Biden was not in a room that wasn’t going to be especially tolerant of purity tests because I am guessing that this candidate wouldn’t pass those tests. I’m not interested in vilifying him for a specific performance in a conservative D room.

Third, though, it is really sorta nuts to wax nostalgic about compromise when Biden himself lived through all of the GOP obstruction over the 8 years of the Obama Administration. Biden may not buy into all of them, but he knows what Dem values are and he also knows that the GOP in its current configuration shares not one of those values. It is incumbent upon him to talk about how that compromise happens when you can’t even agree on whether or not the government should function.

So while the Pew poll says that in aggregate, Dems are getting more “liberal”, I suspect that the 45 Era has gotten Dems focused on their values and their aspirations. And why not? There is NO ONE to have to compromise any of that with in order to get some incremental policy movement. The 45 Era has thrown light into every corner of the GOP’s ambitions for this country and it is remarkably clear that none of it is good for regular people. So while the GOP ambitions haven’t changed, it was *always* the job of Democrats to compromise, to mitigate the partisanship, to move to the right for the sake of getting some governing done. No one in the GOP shows up to govern (and hey, have you been paying attention to the cluster f the GOP has made of Pennsylvania’s budget process?), they show up to get the goodies for their Koch Bros funders. And they will get those goodies at the expense of their WWC voters who need some of the services and safety net that the GOP wants to dismantle.

This isn’t about the Dems getting more liberal. This is the Dems free of having to make the process work. The GOP has been free of this responsibility for more than 30 years. Joe Biden has had a front row seat to this evolution and he has been one of the architects of Dems providing some moderation in order to manage continuing governing of the USA. One of the things that is really strange about his exhortation to compromise is that it is at odds with the “populist” man-of-the-people persona that he and his fans are nurturing.

I don’t have much problem with compromise — it depends upon the deal and the specific terms of the deal. Even compromise as an operating philosophy *could* be reasonable (it certainly used to be), but for governing, that presumes that both parties are at the table with a goal of reasonably governing this country.

Democrats — you too, Joe Biden — need to recalibrate how they face governing and how they face their voters. Polls are already showing D advantage in being more in line with the needs of regular people and it is time to take advantage of that by actually talking about what Ds would do for regular people if we were back in power in DC — but this also would have some application locally. Where the interests of the people asked to vote for Ds are not as well represented by the folks we send to Dover as they could be. Redefine what governing “prudence” looks like — pivot away from compromising with the GOP who share NONE of your values and move towards getting tough stuff done for working people. Organizing groups need to plan for some longevity — making sure that they are always around to pressure Dems that they are helping to get into office to actually deliver on the kind of policy and government that helps real people. And to help dismantle some of the infrastructure that keeps a minority of Americans from having an outsized say in government. Dismantling gerrymandering, rolling back Citizens United, guaranteeing a Right to Vote and all of the work the GOP has done to put their thumb on the scale for themselves will also need to be a part of that accountability work. We have to get used to the idea that leaving the field is just going to be suicide for us.

All of this shows real change in grassroots portion of the Democratic Party, which continues to show that the grassroots is still pretty far out ahead of its legislators. Time to catch up.

3 comments on “I Won’t Back Down — A New Motto for Democrat Grass Roots?”