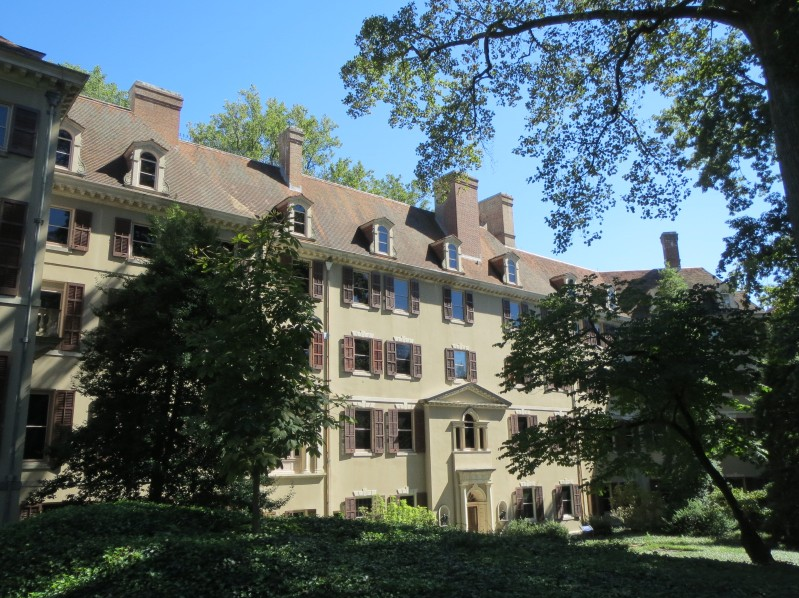 The Winterthur house, off of Kennett Pike near Montchanin. The house was built in 1842 by Bidermann, and was bought by Henry du Pont in 1867. The house was quadrupled in size between 1901 and 1903 under Colonel Henry Algernon du Pont. His son, Henry Francis du Pont, inherited the house in 1926. He added wings, and began incorporating facades, furnishings, and elements of colonial houses from around the East Coast in 1927, finishing around 1950. The house is now the Winterthur Museum & Country Estate.