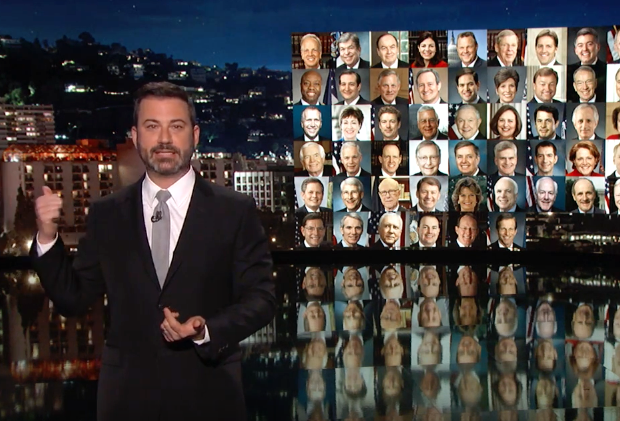 I don’t know what it is, but when a guy cries, it immediately makes me cry.   This is an emotional video from Jimmy Kimmel, whose hometown is Las Vegas.  His monologue addressed the issues of mass shootings, media bias when it comes to shootings perpetrated by old white men as opposed to young brown men.  Watch this whole thing:

“Senate Majority Leader Mitch McConnell, Speaker of the House Paul Ryan and a number of other lawmakers who won’t do anything about this because the NRA has their balls in a money clip also sent their thoughts and their prayers today,” he continued.