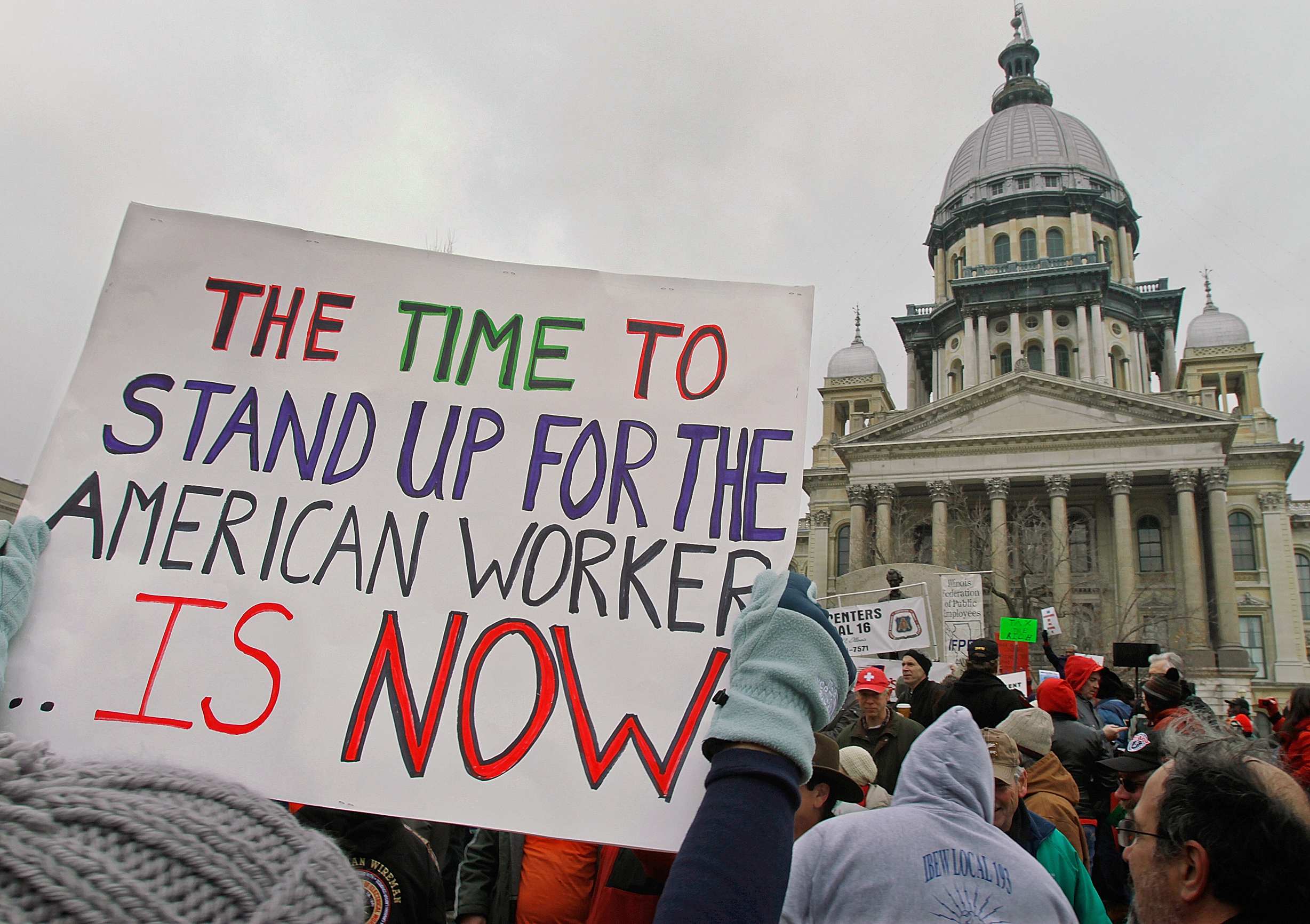 Now he wants to be part of a bigger change by getting behind right-to-work legislation about to be proposed in one of the three counties in his home state of Delaware.

Elected officials in Sussex County, Delaware, were expected to make a public announcement on the right-to-work bill as early as Tuesday.

If such a timetable holds, the five-member Sussex County Council could vote on the proposal at its meeting Oct. 10, with three votes needed to pass it. All of the council members are Republicans.

Got that? About Mr. Wedo:

Wedo, now chairman, president, and CEO of Greenville-based Premier Restaurant Group, is widely known as a “turnaround CEO” with a talent for reinventing and reinvigorating brands that have not realized their full potential.

He has set his sights on right to work as an audacious new challenge in his home state, which he says is “strategically located with an awesome brand that has been left unattended by unenlightened leaders.”

Although Delaware has experienced economic decline in recent years, Wedo said, the state “can be reinvigorated through the free enterprise system and with the right mix of incentives to attract new business.”

There’s alot to unpack here, but mainly what we see here is if you can skillfully weave together all of the right 1% hot buttons, you can sell yourself as a Republican. Because I am REALLY sure that Mr. Wedo would not want the state to completely withdraw its support for businesses — which is what genuinely free enterprise would mean. Which would mean that the incentives wouldn’t be on the table because free enterprise would demand that you live or die by your own ability to compete in the marketplace. Not in how much money you can squeeze out of taxpayers.

Cleanly competing in the marketplace also means being able to hire and retain a workforce that will help you compete. “Right-to-work” is an effort to let employers bypass the collective bargaining power of unions who will stand for fair compensation for all of its members. Dismantle a union and you dismantle a fair wage. You end up with workforces who are docile and fearful of job loss — who might as well take minimum wage, because otherwise there is no work. Un-American.

“I’m a data-driven person and the data on right to work is overwhelming,” Wedo told The Daily Signal in an interview. “Those states and those localities that are right to work have more jobs, more business opportunity, and more economic opportunity.”

And of course, there is none of this data in this article. But the game is laid out. They want Sussex to pass this so that it can all go to court:

Labor unions, and possibly the Delaware attorney general, will file suit against Sussex County if it proceeds, said Charles Daniel, president of the Caesar Rodney Institute, a Delaware-based free-market think tank that is part of the State Policy Network.

Daniel told The Daily Signal that such court cases could work their way up to the 3rd Circuit Court of Appeals, which covers Delaware, New Jersey, Pennsylvania, and the Virgin Islands.

Even so, Daniel said, he takes heart from the 6th Circuit’s unanimous ruling in favor of local action.

So they can’t get this the old-fashioned way, so they will sue to get it.

And while I’m at it, how many union jobs are there in Sussex? They don’t have much of a manufacturing base. There are teachers and there are nurses.

What is clear is that the state’s GOP is hell-bent in making sure that its citizens are paid as little as possible. They should stay out of the employment business here and stop trying to pick winners and losers. Let employees work out their employment deals with their employers. If the marketplace couldn’t tolerate unions, those unions would go. The marketplace does not need the GOP to push solutions that help them get wealthier at the expense of the state’s workers.