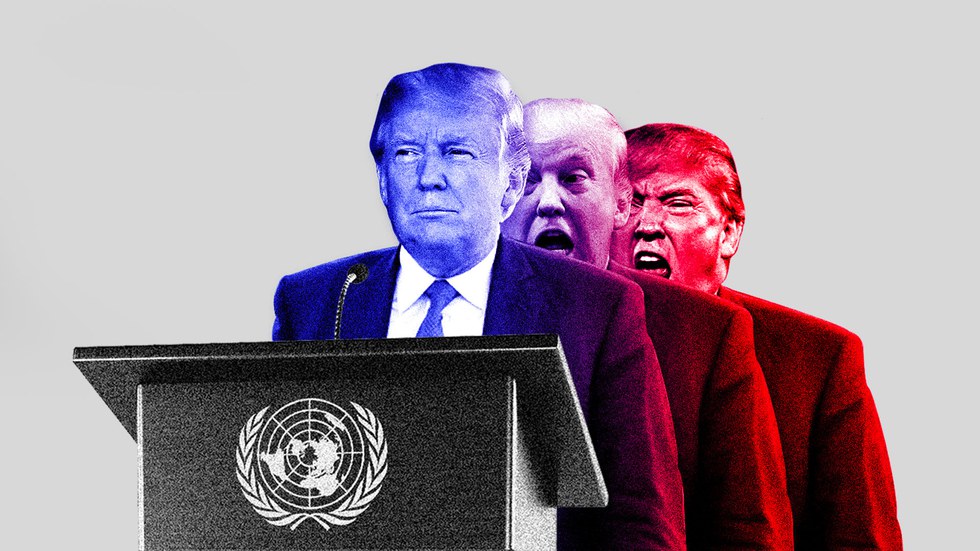 The PPP is out with a comprehensive new poll on the current political landscape, and it should scare the shit out of Republicans.   Among the highlights, the Democrats have an 11 point lead in the generic congressional ballot, 48-37, which would translate to a landslide of 60-80 seat pick up if it holds.   But the generic congressional ballot is more important now to encourage Democratic challengers and fundraising and conversely to discourage Republican incumbents into retirement, a trend that is picking up pace.

TRUMP AND GOP LEADERSHIP APPROVAL: Donald Trump continues to be unpopular with 42% of voters approving of him to 53% who disapprove.  Paul Ryan is at a 25/51 approval rating, Mitch McConnell is at 14/61, and Congress as a whole has a 9/76 approval.  Only 35% of voters think Trump has fulfilled his core campaign promise to ‘Make America Great Again’ to 53% who think he has not delivered. 48% favor impeachment, 43% do not.  Americans wish by a 52/41 margin that Barack Obama was still President instead of Trump.

my latest >>> There Is No GOP Establishment or Base. Just Massive Resistance. https://t.co/NaegGkjpLy via @TPM

“President Trump lately, and oddly, has taken to blaming Republicans’ failure to repeal the Affordable Care Act this week on the false claim that a GOP senator has been ‘in the hospital’ and couldn’t make the vote,” the Los Angeles Times reports.  Said Trump: “We have one senator who’s a ‘yes’ vote, a great person, but he’s in the hospital.”  He added: “We have the votes to get it done. You can’t do it when somebody is in the hospital.”

Look, he just lies.  All the time.  Even when telling the truth would be easier.   Lies.  Every world he utters is what?  A lie.

“In his closed interview with the staff of the Senate intelligence committee, White House senior adviser and presidential son-in-law Jared Kushner did not share the existence of his personal email account, which he has used for official business,” CNN reports.

“The chair and vice chair of the committee were so unhappy that they learned about the existence of his personal email account via news reports that they wrote him a letter via his attorney Thursday instructing him to double-check that he has turned over every relevant document to the committee including those from his ‘personal email account’ described to the news media, as well as all other email accounts, messaging apps, or similar communications channels you may have used, or that may contain information relevant to our inquiry.’”

Health and Human Services Secretary Tom Price will reimburse taxpayers for his use of charter jets, The Hill reports. Said Price: “Today, I will write a personal check to the U.S. Treasury for the expenses of my travel on private charter planes. The taxpayers won’t pay a dime for my seat on those planes.”

EPA Administrator Scott Pruitt “has taken at least four noncommercial and military flights since mid-February, costing taxpayers more than $58,000 to fly him to various parts of the country,” the Washington Post reports.

Is there any one in this corrupt administration that paid for their own commercial flight like the rest of us plebs?

On TV today we played footage I found of Roy Moore saying the Newtown, CT. shooting happened because we forgot God's law. pic.twitter.com/jzyVD4tIcW

“Twitter has shut down 201 accounts that were tied to the same Russian operatives who posted thousands of political ads on Facebook, the company told congressional investigators Thursday and revealed in a blog in the afternoon,” the Washington Post reports. “The company also found three accounts from the news site RT — which Twitter linked to the Kremlin — that spent $274,100 in ads on Twitter’s platform in 2016.”

New York Times: “For three weeks, a harsh spotlight has been trained on Facebook over its disclosure that Russians used fake pages and ads, designed to look like the work of American activists, to spread inflammatory messages during and since the presidential campaign.”

“But there is evidence that Twitter may have been used even more extensively than Facebook in the Russian influence campaign last year. In addition to Russia-linked Twitter accounts that posed as Americans, the platform was also used for large-scale automated messaging, using ‘bot’ accounts to spread false stories and promote news articles about emails from Democratic operatives that had been obtained by Russian hackers.”

Politico: “If any believers in the Myth remain after the brutal week McConnell just endured, which capped off an unbelievably brutal eight months, they should take this challenge: Name one major legislative accomplishment to McConnell’s credit over the more than 30 years he has been in the Senate. (Last minute deals don’t count.)”

“You can’t do it: Unlike former Senate Democratic Leader Harry Reid (my former boss) and House Democratic Leader Nancy Pelosi, McConnell has never authored a single piece of major legislation that became law, nor has he successfully shepherded a single major bill to passage as leader. Reid, Pelosi and former President Barack Obama were all party to the last-minute deals, but they all have a trove of historic accomplishments to show for their leadership: insuring millions of Americans through the Affordable Care Act, reforming the post-crash financial system with Dodd-Frank and ending the Iraq war, for starters. McConnell has nothing.”

“His failure to log even a single major achievement is without precedent in recent American history.”

“It’s a great talking point when you have an administration that’s Democrat-led. It’s a little different now that Republicans have both houses and the administration.” — Rep. Mark Walker (R-NC), quoted by The Hill, on the urgency of the federal budget deficit and national debt.

New York Times: “For years, Republican lawmakers lamented the soaring national debt, pressing for spending cuts and clinging to the mantle of fiscal responsibility. But last week, Senate Republicans hammered out a deal to allow for as much as $1.5 trillion in tax cuts, betting that supercharged growth will make up for lost revenue, a potentially dubious prospect.”

“This month, the majority of Republicans in the House and the Senate voted to raise the debt limit without doing anything to rein in spending.”

“Republican lawmakers are pushing to increase military spending by tens of billions of dollars, topping even Mr. Trump’s request for a beefed-up military… And as Congress mulls large tax cuts, the tabs for Hurricanes Harvey, Irma and Maria keep rising.”

Associated Press: How do you pay for an estimated $5.8 trillion tax cut?

John Cassidy: “On Wednesday, Lindsey Graham, who had just watched his bill die, said that the Party would return to health care immediately after passing tax reform. But a legislative window for pushing through a health-care measure with just fifty votes is closing, and, going forward, the Republicans will need sixty votes to break a Democratic filibuster. Unless, of course, they pass another budget-reconciliation bill, which would give them another chance at a fifty-vote victory. Or they could get rid of the filibuster altogether, a step which Donald Trump urged them to do on Wednesday.”

“For now, it looks like the next repeal effort will have to wait until after the 2018 midterms. But another thing we’ve learned in the past few months is that you should never underestimate the determination of the Republicans, and of their wealthy donors, to dismantle Obamacare, or their eagerness to embrace practically any tactic that might help them achieve their goal.”

The president could save more than $1 billion under his new tax plan. via @NYTimes https://t.co/XtdEttyitj

New York Magazine: “Warren is the candidate who many cited in 2016 as the anti-Clinton: the outspoken, uncompromisingly progressive woman they would have supported unreservedly had she only run. Yet now, as many hope and speculate that she might run in 2020, the right is investing in a story line about Warren that is practically indistinguishable from the one they peddled for years about Clinton.”

Here is hoping that leftist men don’t become as misogynist against Warren that they were against Hillary.

NBC News: “The clearest windfall comes from ending the estate tax, which only affects individual estates larger than $5.49 million and $11 million for couples. The estate tax is currently 40 percent. Trump has claimed in the past he is worth $10 billion. If his children inherit that amount, they’d save $4 billion in taxes.”

“In addition to a lower top rate on income tax, the proposal ends the Alternative Minimum Tax, which is designed to prevent wealthy filers from using deductions to wipe out their tax bill entirely. Trump has not released his taxes, but a leaked return from 2005 showed he paid $38 million in taxes on $150 million in income, $31 million of which was due to the AMT.”