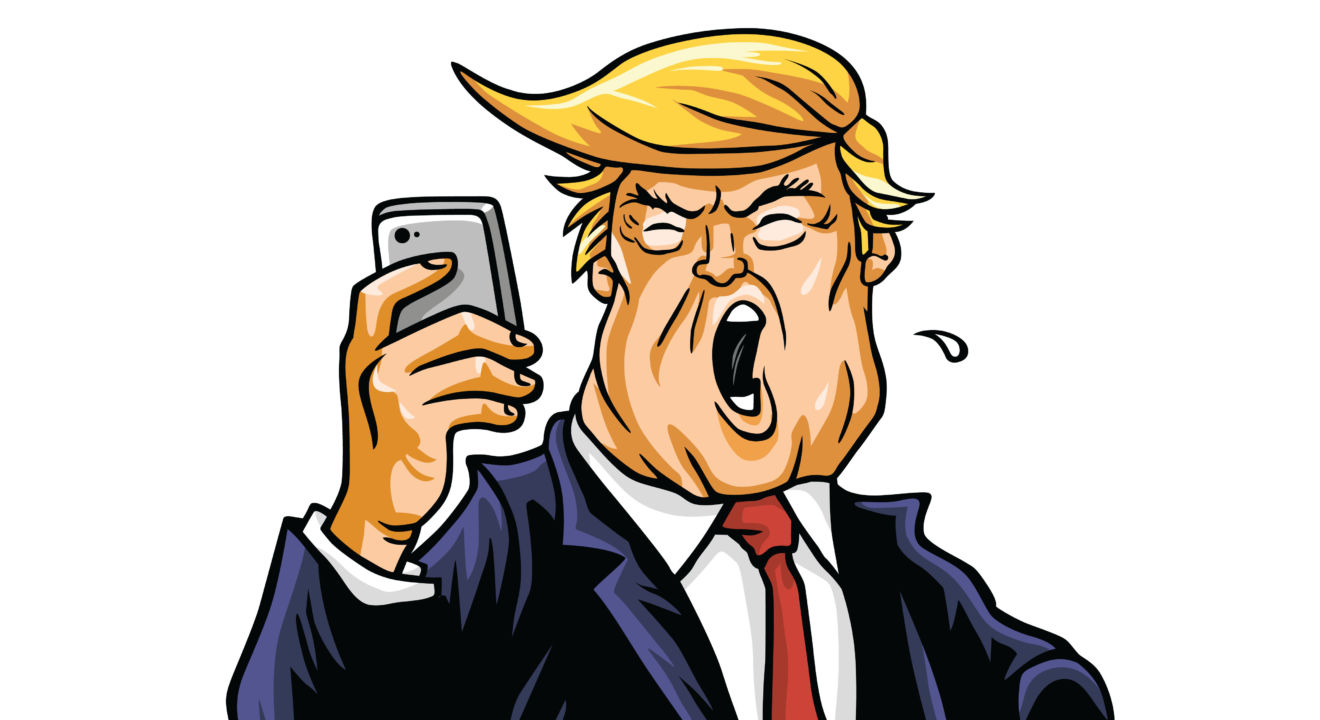 The controversy over taking the knee is not a distraction, it’s the main driver behind Trump’s presidency. It’s Sarah Palin 2.0. It’s how Trump and Republicans single out “Real Americans”. And, make no mistake, those that consider themselves “real Americans” hear the call.

It’s also no mistake that Donald Trump has attempted to turn a protest against police brutality into a test of patriotism. This is 100% deliberate. And it’s no coincidence who he has labeled as unpatriotic – not real Americans, Others. Others who always tend to be black, brown, female, LGBTQ, non-Christians. Yep, this isn’t a coincidence. It’s deliberate.

Trump and Co. go on and on about how taking the knee is disrespectful to our National Anthem and our flag, but notice how Trump and co. had zero criticism for the Charlottesville white supremacists waving of Confederate and Nazi flags. If this was really about respecting our anthem and flag then Trump and these “patriots” would have called out the tiki torch brigade.

But they didn’t – and that was deliberate, too. In fact, they defended their right to protest. Something, obviously, reserved for white people.

Race, misogyny, and bigotry is at the root of Trump and his supporters. Be it Taking the Knee, abortion, the travel ban, this administration’s lack of response to Puerto Rico and the Virgin Islands, “gay” wedding cakes, equal pay, mocking a disabled reporter, transgender people in the military (or anywhere), discrediting a Mexican judge because he’s Mexican, labeling Mexicans immigrants as rapists and criminals, etc., etc., etc..

Pay close attention to what Trump can speak on without needing a speech writer. He sure as hell can’t speak on domestic policy (it’s obvious he has no idea what’s in the health care bills he claims to support), foreign policy, education policy, jobs etc..

What he has no trouble speaking on? The Charlottesville protest – Blaming both sides, but being sure to point out that there are good… Nazis?, Taking the Knee, Gay wedding cakes, Affirmative Action, Black Lives Matter, Campus Sexual Assault, the Muslim Ban, no sympathy or help for Puerto Rico – altho, my bet is that Donald had no idea that Puerto Rico residents were US citizens, etc.. (Get use the the “etc.” because there’s simply too many examples to name.) These are the topics he’s most comfortable. These are the topics he can speak on easily. These are the topics he’s most passionate. Go ahead and compare teleprompter Trump to extemporaneous Trump. See the difference? It’s pretty damn obvious which topics he most believes in.

Last night the Dallas Cowboys took the knee before the National Anthem, but that still wasn’t good enough. Somehow, that was still disrespectful – which tells you that the problem Trump and his supporters had with taking the knee had nothing to do with the National Anthem. Of course, it didn’t.

And while we’re on this… why are we playing the National Anthem at sporting events? And I hope all these “real Americans” watching in bars or on their sofas stop what they are doing and stand for the anthem. Yeah, I just cracked myself up. In all my years of being in places at the beginning of a sporting event where the anthem is played I have never seen anyone get their butts off the sofa or bar stool (unless it was to race for the bathroom or refrigerator before the game started) to show respect.

“It’ll get you a ride on a Greyhound bus,” said Childress, the man for whom Junior’s late father, seven-time NASCAR Cup Series champion Dale Earnhardt, drove for 18 years. “Anybody that works for me should respect the country we live in. So many people gave their lives for it. This is America.”

Added Petty, also a seven-time Cup Series champion: “Anybody that don’t stand up for the anthem oughta be out of the country. Period. What got ’em where they’re at? The United States.”

Petty clarified that any protester at Richard Petty Motorsports would indeed be “fired.”

Hey! You know what disrespects the American Flag and our country? The Confederate Flag. Just sayin’, because I’ve seen a lot of Confederate flags, shirts, etc. at NASCAR events. I’m sure these guys will call out the patriotism of this behavior ASAP! Oh? It’s white people waving a traitorous, treasonous flag? Well then, carry on. These guys patriotism is pretty thin, wouldn’t ya say? I mean if this is truly about respecting our country, our flag and our anthem then there should be only one flag flying at NASCAR events, right???

So, if you’re looking for a common thread in Donald Trump “policies”, look no further than the topics he’s most comfortable discussing. You know, the ones he doesn’t need someone to write for him. It really is that simple.