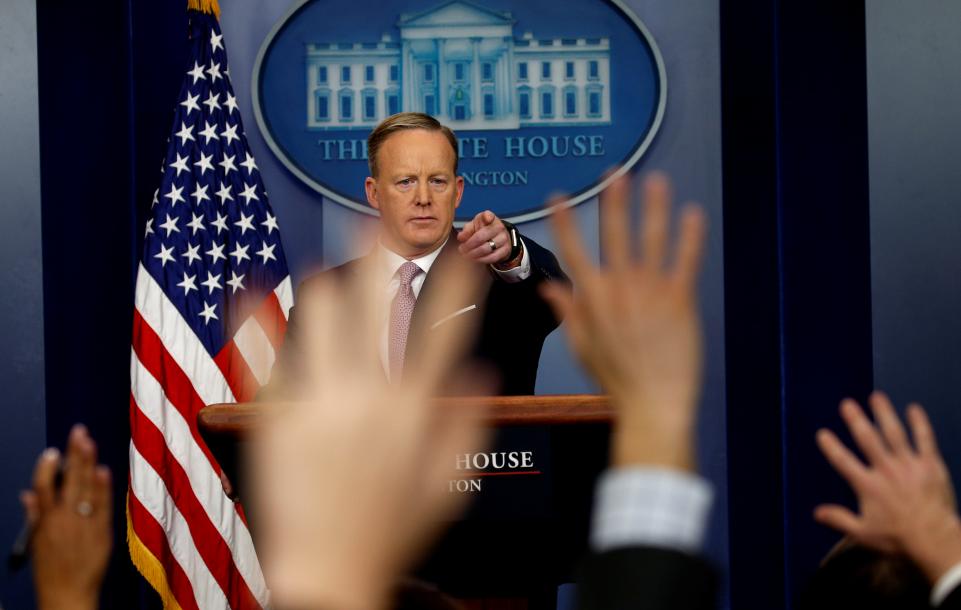 We have extremely short memories.

“Is there anyone who can say how big the audience is? Sean do you know?” Colbert asked as former White House press secretary Sean Spicer walked out on stage rolling a mobile podium that became a staple of actress Melissa McCarthy’s impersonation of Spicer on Saturday Night Live.

“This will be the largest audience to witness an Emmys period, both in person and around the world,” he shouted, mocking himself and the remarks he made during his first White House press briefing on the day of Trump’s inauguration when he scolded journalists for reports that the crowd was larger at former President Barack Obama’s inaugurations.

Glad we can laugh it up with a liar. Does anything matter anymore?

3 comments on “Not Funny”