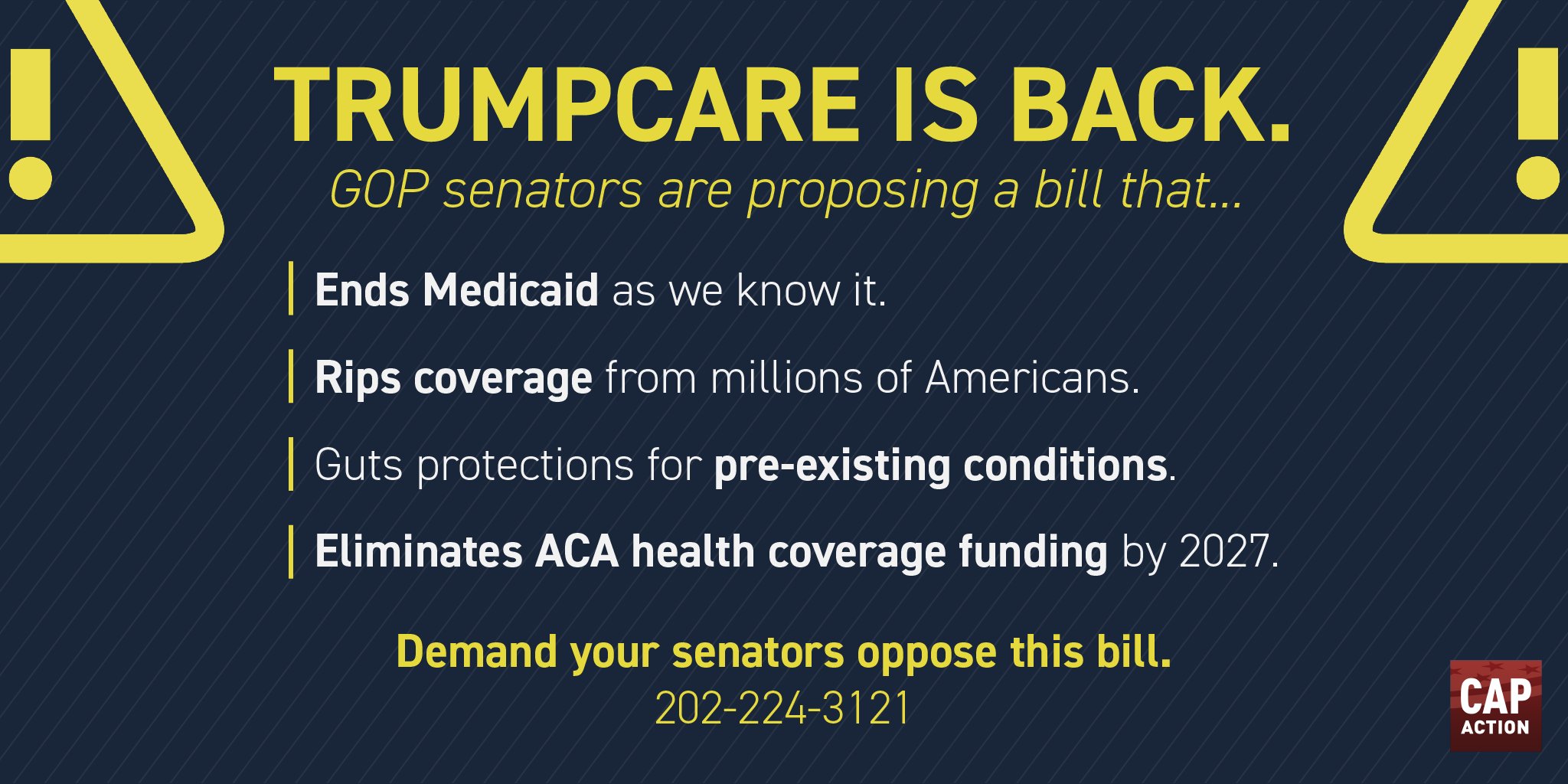 And they have until September 30 to get it done.  Lindsay Graham and Bill Cassidy have been working on another repeal and replace scheme, and this one turns over all of the health care process and money back to the states.  They block grant the funds to states and they let states change any provisions they want.  So states can allow insurance companies to charge more for pre-existing conditions, they can eliminate coverage provisions — whatever.  And while this looked like a long shot a couple of weeks back, reports are that they could be close to passage in the Senate now.  More to understand this:

There’s no CBO score yet, however reports are that they are pulling analysts off of the SCHIP renewal to score this mess.  And none of the Senators involved care if it does get a CBO score.

How much could you pay for pre-existing conditions?

So you know that the GOP simply does not care if you have affordable health care.  Because this looks like they are trying to price most Americans out of the market.

While they are trying to clock grant these funds, they are also trying to shift money from Blue states (mostly) to Red ones.  It doesn’t matter if the Red States never signed up for Medicaid expansion or even for an exchange.  The money is shifted towards Red states and accelerates the problems for the Blue states — who will at least work at trying to maintain the Obamacare conditions as much as possible.

The Feds block granting anything is how they shove cost issues off to states.  The Feds get to look like they are continuing a program, while cutting back funding.  And since States have to balance budgets (mostly), the States pick up the slack or they start cutting.  That is where all of this “innovation” comes from.  It is cowardly and it is brutal to their constituents who need this care.

But it is the GOP, who don’t consider themselves a success until they know they have hurt as many people as possible.

Time to make the calls, show up at offices and generally be a PITA.  This starts where the others did — with about 45- 48 votes FOR.  And this time McConnell told Cassidy and Graham to get their own votes.  Early this week (or last) Ryan saw no chance for this.  Now he is talking it up.  So share this widely and freely so that as many people as possible know that there is a new Shitshow in Town and we need to run it out again.

5 comments on “The Trumpcare That Won’t Die”