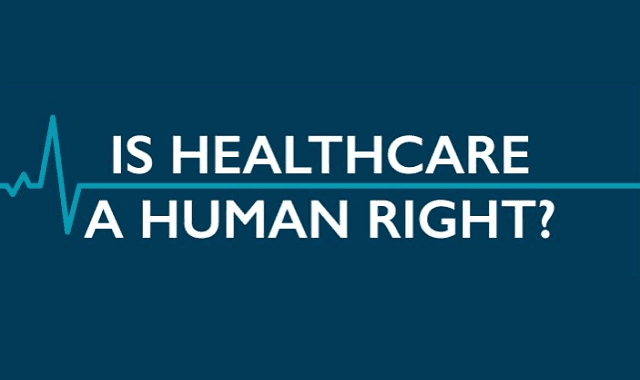 Delaware United has a series of articles posted arguing that Delaware should follow Nevada and pursue a Medicaid Buy In in a two fold effort to both expand healthcare coverage to those who do not have it but also to deal with reducing the skyrocketing costs or our state’s Medicaid program.

As the fight over Obamacare transitions from fighting against the “Repeal and Go F*ck Yourself” plans that the Republicans and President Trump have put forward to fighting against Trump’s sabotage of the law while at the same time researching which single payer plan is the best next step in the pursuit of universal healthcare, we progressives, liberals, leftists and Democrats must keep in mind that purity tests and litmus tests will only divide and destroy us. No matter which road we choose, on the national or local level, it should be recognized as a means to an end, like Obamacare was. The end is universal coverage paid for by a single non-for-profit entity. So whether we choose Bernie’s Single Payer bill or some other version of Medicare for All, or Medicaid for More, or the aforementioned Medicaid Buy In, determining which path to take does not determine whether you are the one true progressive or not. If you think it does, you are the problem, not the solution. A hindrance not a help.

So, what is a Medicaid Buy In? From Delaware United:

“If created, it could resemble the full Medicaid program, or be a mix of various aspects from Medicaid and private insurance. The largest determinant of what the program will look like is consumer cost. If an MBI program were started in Delaware today, it would carry quite a price tag—around $650 per month. However, this would include no deductibles or co-pays, and $3 pharmaceutical costs. Although, if the federal government commits to funding the MBI, as they fund traditional Medicaid, the cost would drop to about $240 per month. (Numbers based on information from Ballotpedia and Delaware.gov)

[…] [T]o reduce costs, we have several options. First, we could include some characteristics of private insurance, but to a less significant degree—including lower deductibles, small co-payments, or slightly narrower coverage for certain services. Second, we could implement a progressive pricing system, through which your income determines your program costs. Such a pricing system could be achieved by allowing individuals in lower income brackets to use the government subsidies currently provided for private policies, for the MBI program instead. However, all of this boils down to whether or not the federal government will contribute toward the costs of an MBI program. If so, and we see a surge in policyholders buying into the program, costs spread around the risk pool and premiums drop. (To read more about what the program could look like, please see Part 2 of our MBI Series.).

Admittedly, sufficient enrollees is key to the success of any MBI program, distributing program costs across many enrollees must happen to remain solvent. Currently, Medicaid consumes about 20% of the Delaware budget, while healthcare in total constitutes about 30%. A successful MBI program must offset some of these costs. If implemented properly, by opening it up to younger and healthier people first, it would do just that. It’s worth noting that one of the biggest demographic coverage gaps between Medicaid expansion and the private insurance marketplace is, in fact, young adults over the age of 26.

Adding an MBI program would create a valuable alternative to the current monopoly found in the Delaware healthcare exchange. No more surefire way exists to guarantee exorbitant prices, than to place the full product demand on one privately-run company. By adding an MBI program, we ensure that Delawareans always have at least two choices. Republicans state that we cannot eliminate consumers’ choices, and they may be correct. Yet, when we talk about choosing healthcare, they often leave out the choice of a public option. Citizens who want the government to run their healthcare, at no expense to those who choose private insurance, should have that option.”

A Medicaid Buy-In Program for Delaware could help resolve some of the largest issues we are facing surrounding our health care costs. This could help maintain the solvency of our current Medicaid system, break up the monopoly in our Delaware Health Care Exchange, and expand insurance coverage to all Delawareans. This is a program that could save lives, and create a better economic environment in our state. We cannot afford to continue to ignore this issue.

We are asking that you:

Urge the Delaware State Legislature to pass legislation to put a Medicaid Buy-In Program in place for our state.

Work with the newly established task force to investigate what an MBI program would look like in Delaware and the best way to implement such a program.

Sign said legislation into law and make sure that all Delawareans have access to coverage that they can both afford, and find to be reasonable in terms of coverage and patient outcomes.

We thank you for taking the initiative to be the first state on the Eastcoast to consider this program, and look forward to working with you on pushing our state’s health care industry forward, into the 21st century.

Thank you,
Citizens For a Better Health Care System

1 comment on “Delaware should pursue Medicaid-Buy-In, and avoid a Purity Test”