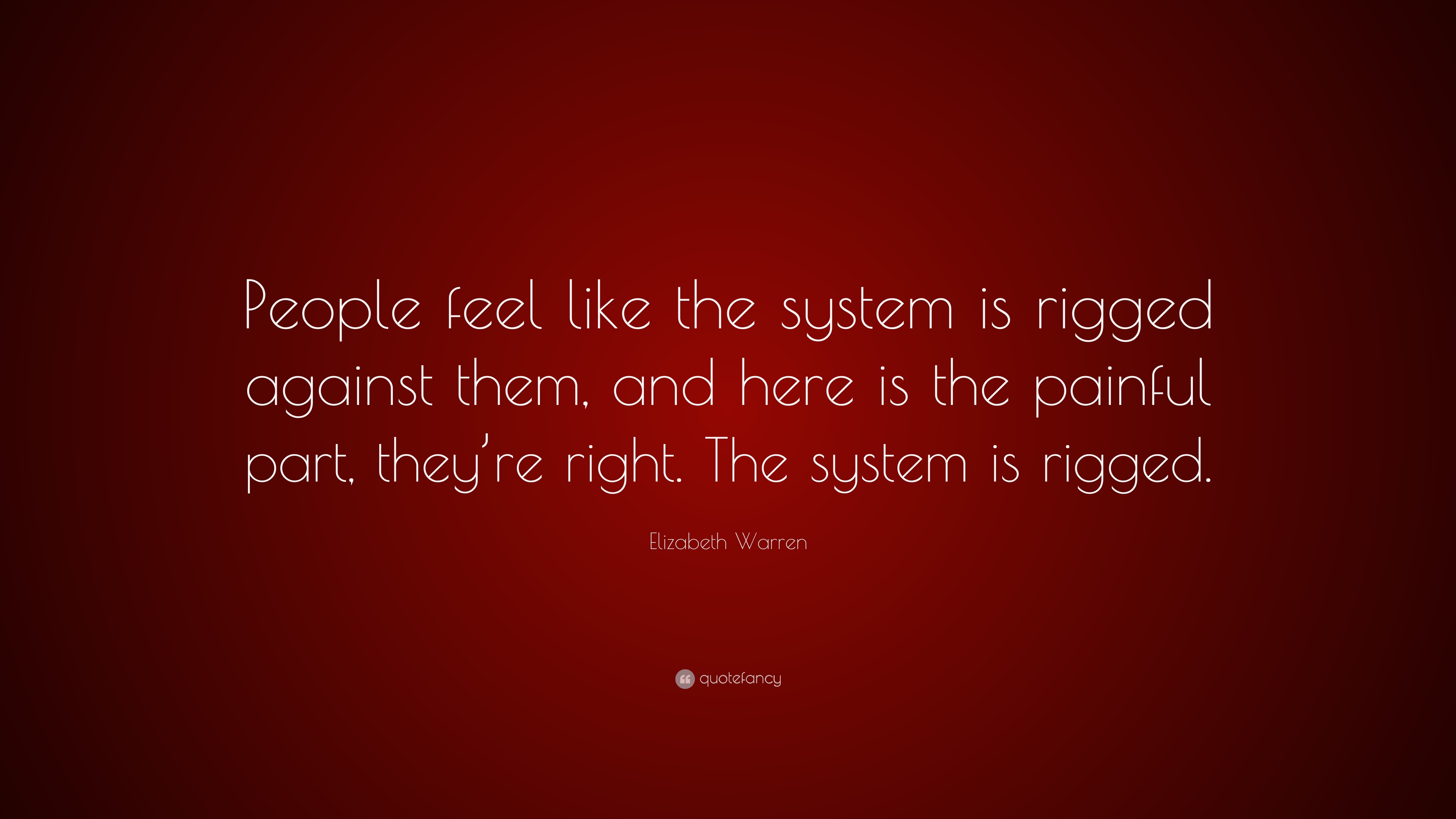 It does help the folks the interests that badly need the system to be rigged against us.

Congressman Tim Ryan demonstrates that he probably isn’t as in touch with his constituents as he thinks.  Plenty of Americans don’t hate corporations.  But plenty of people do think that politicians pay more attention to the needs of corporations than they do to the people they come ask to vote for them.  That’s the thing that needs to change.  Because if you are working to reduce the regulatory burden on some manufacturing plant, you are shifting the risk to taxpayers and you have done nothing that improves wages, benefits, safety or any of the other things that give workers anxiety.

The group Priorities USA, which is packed with Hillary Clinton loyalists, has also plunged into the economic message debate armed with data from its focus groups of “persuadable” Trump voters in swing states. The effort is promoted as beneficial to Democrats of all varieties — and Priorities USA has no plans to get involved in primaries — but it also cautions candidates against banking too far left. Priorities Chairman Guy Cecil, citing the focus group findings, warned Democrats it would be a mistake to stress economic “fairness” over growth.

“Achieving economic success to these voters is more about working hard and leveraging the opportunities you are given, not leveling the playing field,” Cecil wrote in a widely distributed memo earlier this month.

Can you see it?  “Leveling the playing field” comes right from wingnut gospel.  What most folks will tell you is that they want the government to stop privileging wealth over work.  That doesn’t stop wealth creation — it just gets the government out of making this its own priority.  Higher taxes is about a responsible government that pays its bills. AND uses its funds to support working and middle-class families — via better educational opportunities, health care that works, infrastructure that doesn’t kill your car among others. Democrats are going to be upset about people who make alot of money.  They want policies and effort that support them and their families for a change.  People with money will find their way.

The NYT has its own spin on this story:  It’s the Economy, Democrats, but Inequality is Not the Issue.  Even though the economy and the built in inequality are inextricably tied together.  The inequality means that there are people who are able to pretty much capture the workings of government and get it to work in ways completely against the interests of struggling working and middle-class people.  Address stuff like minimum wage, medical costs, education costs and you are on your way to stabilizing much of what causes so many of us to be anxious for ourselves and our families.  You don’t need to even say the words Income Inequality — just raise taxes on those who have all of the money to get the services that will help regular people.  The Third Way notes here that there needs to be a focus on great opportunity for Americans — true, but opportunity that is not undercut by a government that only reaches back to its middle class to pay a greater share of government costs because tax cuts to wealthier Americans have left the government broke.

The middle class lives that most of us think of as the model were powered by wages that better synced up with the productivity you provided to your employer and powered by much higher taxes on wealthy people — so that highways could be built, that colleges were available to more Americans, that paid for more generous GI benefits, that gave many Americans a path to their own wealth-building via home ownership.  Those lives were powered by the promise of opportunity and the promise of a government that was interested in helping these families — because that is where American economic power lies.

Now we have a government that prioritizes its responses to wealthy people and shifts its costs to the people who can least afford it — working and middle-class people.  These people — many of the Dem voters are pretty angry that the government is largely no longer responsive to them.  Yet here we have some Democratic think tanks advocating policies that continue to leave us behind.

It is crazy for Democrats to be living with this retread.  I’m convinced that much of the country probably *is* moderate.  But moderate just doesn’t mean a business forward approach that continues to leave behind the people who make this country work every single day.  And that is probably a key thing as we move forward — not letting the people who need to claim beliefs of “moderate voters” to justify policies that privilege businesses over voter interests.  Take back this language and don’t let the think tanks try to convince you that we’re ready for more of the same.  Because we are not.

It is true that there is a great deal of progressive energy now.  It is just as true that people who don’t normally count themselves as part of the activist class are fed up with a government that seems to be captured to help everyone but them.  It is also true that Democrats don’t seem to be ready to capitalize on that.  These grassroots folks are looking for a government that works for us, which would have the byproduct of helping businesses be more productive and competitive.  There’s a band that’s playing here and it just needs some Democratic leadership to get out in front of it.

4 comments on “Dear Democrats, Tell Your “Centrist” Think Tanks to Just Sit Down”