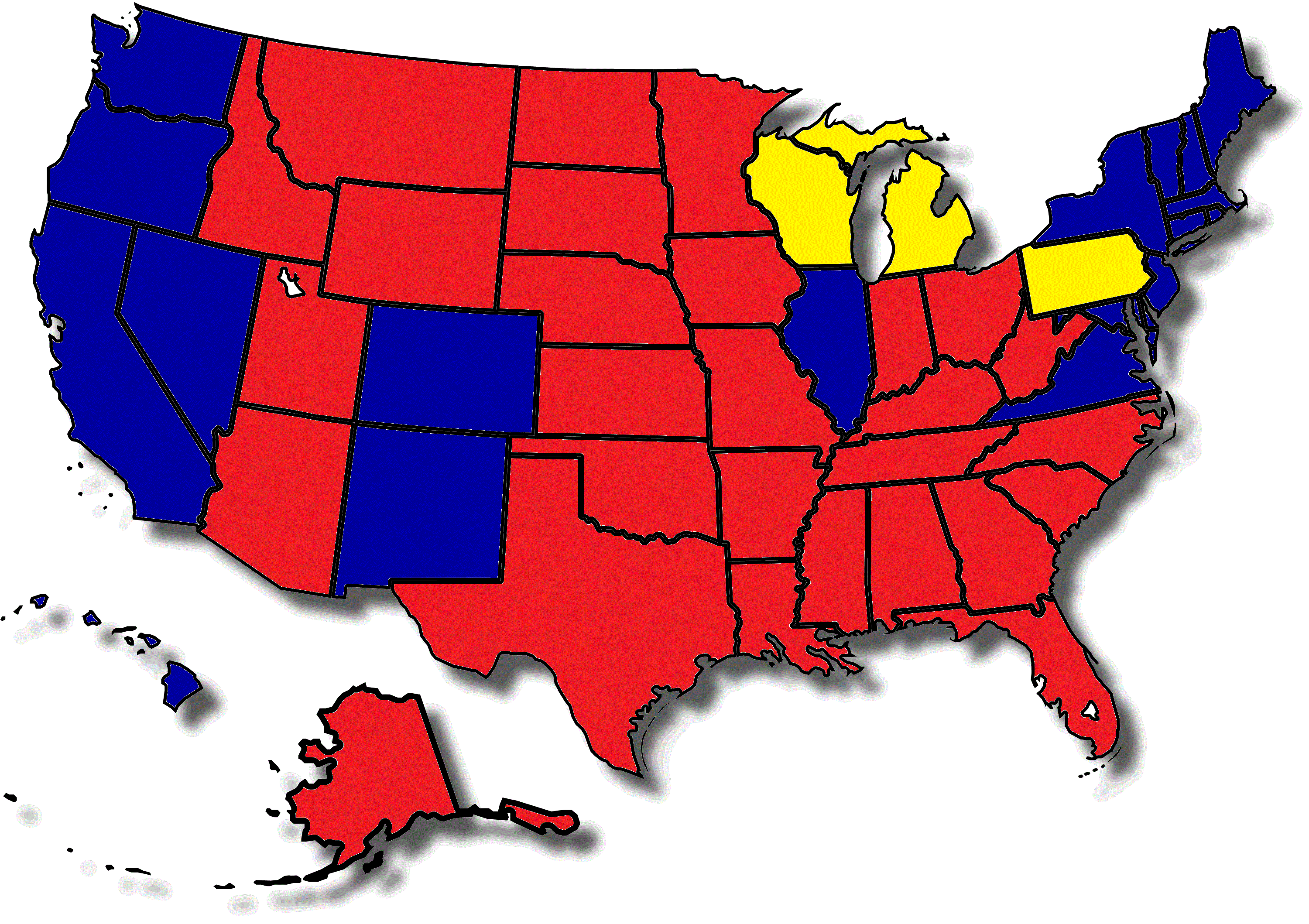 A devastating new NBC News/Marist poll in Trump’s most favorite states of Michigan, Pennsylvania and Wisconsin shows his approval ratings have become disastrous.

Said pollster Lee Miringoff: “For residents of these three critical electoral states, the reaction to the first round of the Trump presidency is decidedly negative. Residents are clearly dissatisfied in how candidate Trump transitioned into President Trump.”

DOES BANNON’S AGENDA SURVIVE AFTER HE IS GONE?  Politico: “The departures from Trump’s White House have come at a dizzying pace in recent weeks: multiple communications directors, the chief of staff and the press secretary have all left, along with top aides on the national security council and a number of CEOs from influential business councils. But none of the departures are likely to change the dynamics as much as that of the polarizing Bannon, whose ouster on Friday could alienate conservatives, hearten some who feared his brand of populism-nationalism, and dial down the fights inside 1600 Pennsylvania Ave.”

Said GOP operative Mark Corallo: “Bannon is the intellectual heart and soul of the Trump movement. He was the think tank. He’s the idea generator… He was the guy who was the most thoughtful about how to enact the agenda, how to build a coalition.”

New York Times: “Some of Mr. Bannon’s protégés have already been sidelined while others may depart soon, people in the White House said. He will no longer have access to briefing papers or sit in meetings… Still, there are reasons to believe Mr. Bannon’s core worldview will outlast him.”

SPAIN GOT LUCKY.  As the manhunt continues for the missing fugitive of the Islamist terrorist cell that carried out two vehicle attacks that killed 14 people in Spain, officials are warning the extremists were planning a far deadlier attack. Police say the 12-member terror cell had 120 butane gas canisters at a house in the Spanish town of Alcanar but it accidentally blew up on Wednesday night. Law enforcement officials believe the terrorists were planning to fill up three rental vans with the explosives and carry out far deadlier attacks with reports claiming the ultimate target was the famous cathedral Sagrada Família.

Bannon: If GOP rallies behind Trump, "it will all be sweetness and light, be one big happy family." If not, war. https://t.co/mtATYIuVQO

BANNON WARNS GOP CONGRESS OF THE WRATH OF THE TRUMP VOTERS: This is best of all worlds for us, and the worst case scenario for the GOP.  In an interview with the Washington Post, Stephen Bannon “warned Republican leaders to enthusiastically support Trump’s priorities on taxes, trade and funding a massive border wall — or risk the wrath of the president’s base.”

Said Bannon: “If the Republican Party on Capitol Hill gets behind the president on his plans and not theirs, it will all be sweetness and light, be one big happy family.”  He added “with a smile” that he does not expect “sweetness” anytime soon — and described the turbulent political moment in the Republican Party and the country as a necessary battle over Trump’s priorities.  Said Bannon: “No administration in history has been so divided among itself about the direction about where it should go.

READ!! –> The Week When President Trump Resigned, via @nytimes https://t.co/tmAGZpCbXp

“Billionaire investor Carl Icahn, who resigned Friday from an unpaid post as President Trump’s adviser on deregulation efforts, stepped down as The New Yorker was preparing to publish a lengthy article detailing Icahn’s potential conflicts of interest and questioning the legality of his actions,” the AP reports.

The must-read New Yorker piece notes Icahn “is worth more than the Trump family and all the members of the Cabinet combined — and, with no constraint on his license to counsel the President on regulations that might help his businesses, he was poised to become much richer.”

Who could have predicted the President’s latest outrage? Barack Obama and anyone, really. https://t.co/GoZNDQn2sR

“The Trump administration has decided to disband the federal advisory panel for the National Climate Assessment, a group aimed at helping policymakers and private-sector officials incorporate the government’s climate analysis into long-term planning,” the Washington Post reports.

Pro-Nazi rallies aren't a new phenomenon for the United States. There was one in 1939 in Madison Square Garden.https://t.co/iVyJwBzQGd

Stan Collender: “Tax reform — the kind of wholesale change to the existing system that was enacted in the 1980s and that Donald Trump has repeatedly promised — requires a politically strong and disciplined president. The magnitude of the changes and the very large number of potential losers from tax reform requires a president who can twist arms (and, if need be, legs), provide political cover for the many tough votes the House and Senate will need to cast and is able to sell the tax bill to what is very likely to be an at least partially skeptical nation.”

“In light of the aftermath of the events in Charlotte, Virginia, and the firing/resignation of Steve Bannon, we now know for sure that Donald Trump is not currently that kind of president and can’t do any of these things.”

“As a result, the comprehensive tax reform Trump so often promised, that congressional leaders so badly seem to want, that the business community is desperate to get and on which so much of the White House’s economic program is based is very unlikely in 2017. And the prospects for 2018 don’t look that good either.”

NBC News: “As Democrats look to the horizon in 2018, they think they see a distant tsunami forming in their favor. Trump has dreadful approval ratings; Democrats are dominating generic ballot tests, which ask voters which party they want to control Congress; and presidents almost always lose a slew of seats in their first midterm elections.”

“The last time a president went into his first midterm election as unpopular as Trump is now was in 1946, when Harry Truman lost 55 House seats. The Senate may be out of reach but Democrats say they can almost feel the House Speaker’s gavel in their hands.”

Ohio Gov. John Kasich (R) sidestepped questions about whether he thinks President Trump should face a primary challenge in 2020, Politico reports.  Said Kasich: “I don’t have any plans to do anything like that. I’m rooting for him to get it together. We all are. I mean, we’re only, like, seven months into this presidency.”