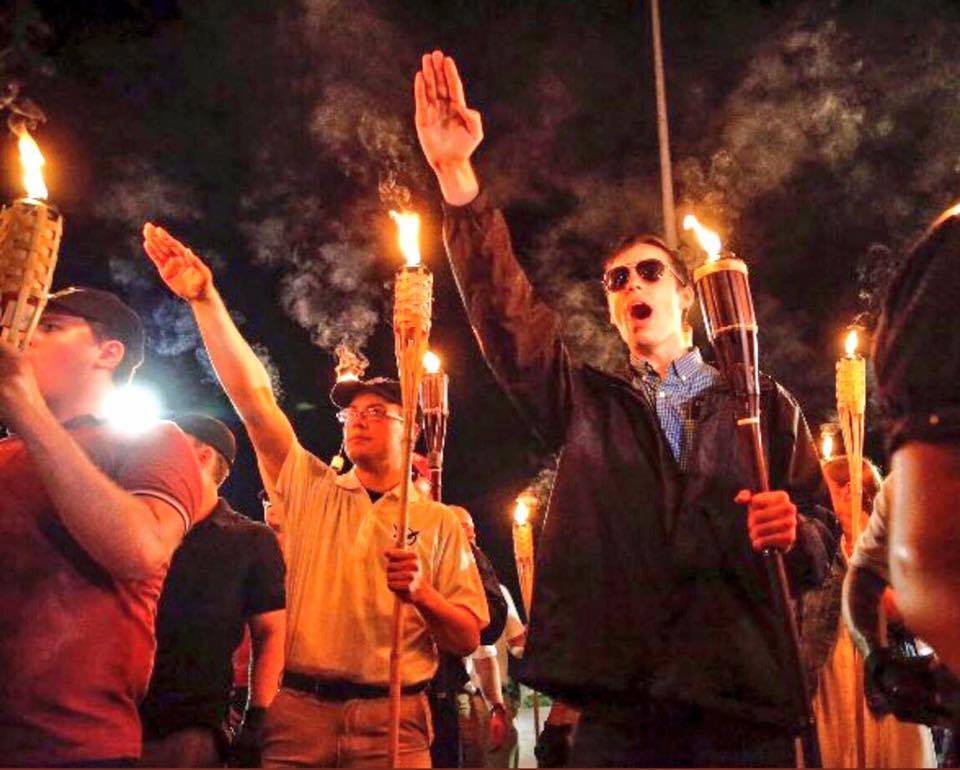 On Friday night, a group of about 100 white supremacists, white nationalists, and neo-Nazis marched on the University of Virginia campus in Charlottesville, Virginia, carrying tiki torches, giving the Nazi salute, and chanting slogans including “you will not replace us” and “white lives matter.”

At one point, the torch-wielding group of mostly white men surrounded a smaller of group of counterprotesters standing at the base of a statue of Thomas Jefferson, and a brawl broke out. Counterprotesters reported being hit with pepper spray by marchers; according to the Washington Post, one counterprotester also used a “chemical spray” against marchers. “They completely surrounded us and wouldn’t let us out,” local activist Emily Gorcenski told the Guardian.

Organizers affiliated with the white nationalist alt-right called the march in advance of a larger protest scheduled for Saturday to protest the removal of a statue of Confederate General Robert E. Lee in a park in Charlottesville.

The only good Nazi is a dead Nazi. We shot German Nazis on sight. The same should be true for American Nazis.  Alas, that is illegal.  Therefore, the next best thing is destroying the lives of those Nazis.  They should lose their jobs and their homes.  They must become pariahs.   And given that the election of the Republican President Donald Trump was fueled by Nazism, any and all Republicans who wish not to be labeled Nazis must speak out and take action, up to and including leaving their party and voting against Republicans who either accept Nazi support or enable it through their silence and/or code words.

These are the faces of white supremacy, and they should be shared. It's a public protest. If they wanted privacy should've worn their hoods. pic.twitter.com/bDBu362Qun

6 comments on “The Nazi Republican Party”