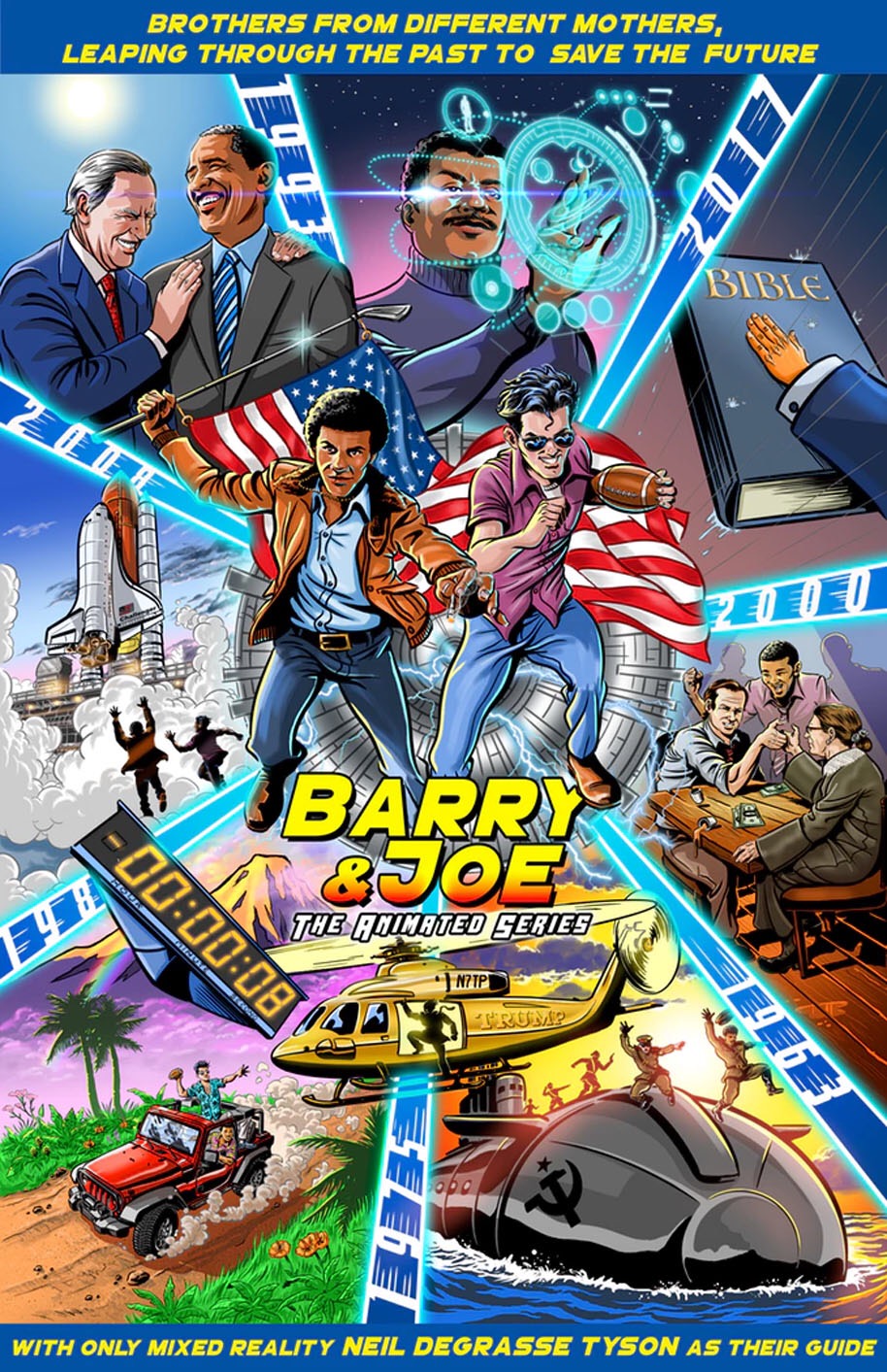 The bromance continues in this animated series concept from developer Adam Reid in which Barack Obama and Joe Biden travel back in time, take control of their younger selves and save the future. And to make things even better:

Neil deGrasse Tyson will be their only guide, when he appears in “the form of an augmented reality that only they can see and hear.

Within this series, President Donald Trump is going to be presented as an antagonist, but he won’t be seen directly. “In this way, he is like our Doctor Claw from the original Inspector Gadget cartoon. A villain to be heard and felt but not seen. Except for his tiny hands, we’ll see those.

The catch is that this is currently crowd funding through Kickstarter with the goal of raising $100,000 to get the series launched. You can contribute to the fund here:

Don’t think you won’t get any goodies for backing the series. A $10 contribution gets you a 5×7 color illustration of Barry & Joe on horseback while Joe eats ice cream.

Own the concept artwork in all it’s glory!

There are way more tiers and awesome stuff. The project needs about $80k more by the end of the month or it doesn’t happen. 21 days. I’m in for $25. You?