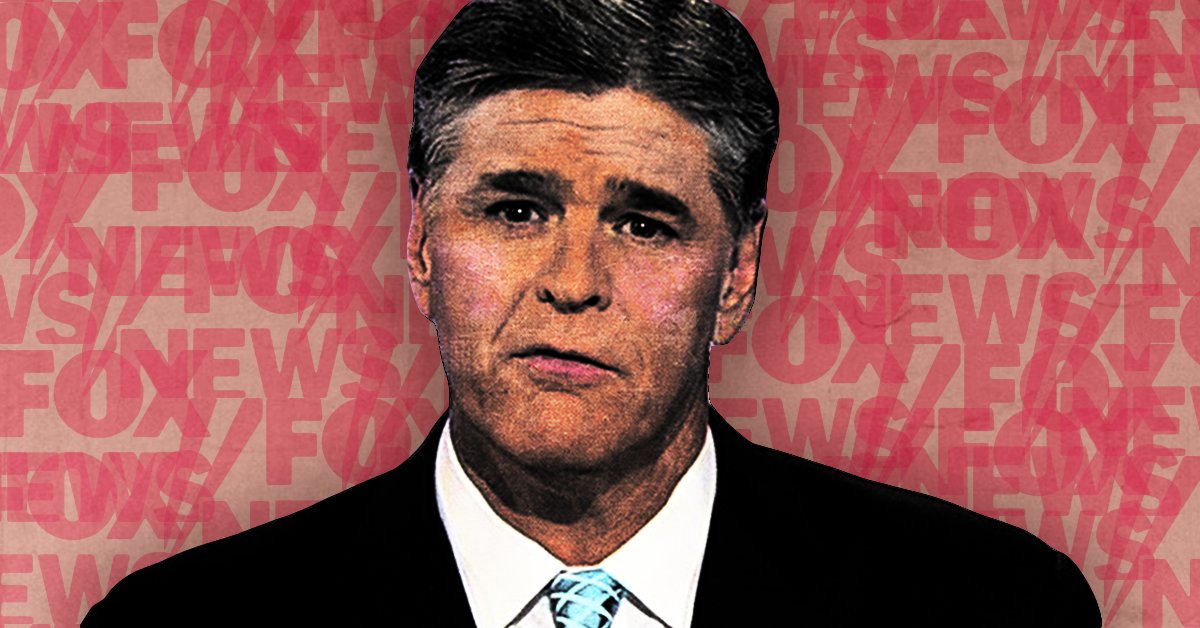 NPR: “The Fox News Channel and a wealthy supporter of President Trump worked in concert under the watchful eye of the White House to concoct a story about the murder of a young Democratic National Committee aide… The explosive claim is part of the lawsuit filed against Fox News by Rod Wheeler, a longtime paid commentator for the news network.”

“Wheeler alleges Fox News and the Trump supporter intended to deflect public attention from growing concern about the administration’s ties to the Russian government. His suit charges that a Fox News reporter created quotations out of thin air and attributed them to him to propel her story.”

Read the complaint here.  Look at this first page:

I hope the Rich family sues Sean Hannity, Fox News and Donald Trump for every penny they possess.

“The Senate confirmed Christopher Wray as the next FBI director on Tuesday to steer the United States’ premier law enforcement agency through a politically fraught period as it investigates whether any of President Trump’s associates colluded with the Russian government during last year’s election,” the New York Times reports.

“The confirmation of Mr. Wray, a former federal prosecutor, is likely to be a relief to many agents at the FBI who want a strong director to stave off any attempts by the White House to meddle in its investigations.”

Daily Beast: “Even before he formally started the job, Kelly was reaching out to top Capitol Hill Democrats in hopes of regaining political capital ahead of what is expected to be a bruising fight over tax reform and other administration priorities.”

Said one White House official: “Tax reform is gonna be a heavy lift. No reason to write off/alienate Democrats any more than we already have.”

Amazing. Kushner gives off-the-record talk to congressional interns, who are warned not to leak. They do anyway. https://t.co/HCq7e621S2 pic.twitter.com/9K0kE9XIih

“Chuck Rosenberg, who as acting DEA chief works for the president, told agency personnel world-wide in a Saturday memo to disregard any suggestion that roughing up suspects would be tolerated.”

Treasury Secretary Steve Mnuchin “has begun lobbying congressional leaders for a ‘clean’ debt ceiling increase, according to Capitol Hill sources. But that debt increase — needed sometime this fall — will prove a tough vote for both parties, and neither GOP nor Democratic leaders have signed yet off on the Trump administration’s plan to raise the debt limit without attaching other policy sweeteners,” Politico reports.

Washington Post: “Talks between the White House and the Senate’s top Republican and Democrat broke up Tuesday with no progress on raising the country’s debt ceiling, an impasse that threatens a financial crisis if left unresolved.”

Playbook: “This fight is going to take up a lot of oxygen on Capitol Hill over the next several weeks. Republican aides for weeks have said they expect the Senate to pass a clean debt ceiling bill, and send it to the House, where it would be passed with a small number of House Republicans and a majority of House Democrats. This will inflame conservative Republicans, who want to extract something before the Congress raises the country’s borrowing limit.”

"As a party, Democrats can’t fight Trump without women." https://t.co/o3GWgqgKRo

Josh Marshall on the implications of the Washington Post story on Monday that the President himself wrote the first and false statement by Donald Trump, Junior on his meeting with the Russians in June 2016: “The real issue is this: The President, contrary to what many have thought, is the one person who appears to know all the key details. Kushner likely knows many of them. Kushner’s lawyers know some but likely not all since it seems unlikely he’s being fully truthful with them. Trump’s lawyers likely know some but not all the facts. Others each have their own bundle of knowledge but likely in few cases the whole picture.

Then he wonders if President Putin actually wrote the statement.  Remember, Trump met alone with Putin the night before.

The presidency in exile. https://t.co/iNtlFXkjWY

Republicans may abandon Trump, but Trump is not abandoning them https://t.co/HbB5eGGnEM pic.twitter.com/5pxW9Q9tiH

Jonathan Swan: “Kelly is an almost perfect lab test of whether a Trump White House can be functional. He has all the ingredients to succeed: He’s been granted unprecedented authority (for Trump), he’s revered by all internally and has no dog in the factional wars in the West Wing. If he fails, we’ll know this White House is truly ungovernable.”

Politico: “White House officials said Kelly is planning to lock down the Oval Office, restricting the number of aides and outside visitors who can wander in. One aide said Trump’s daughter Ivanka Trump and son-in-law Jared Kushner have agreed to follow Kelly’s rules when it comes to visiting the Oval and sharing information with the president.”

Playbook: “Republican sources said that the White House’s focus is on getting the West Wing in order before turning to fill Kelly’s slot at DHS. It’s unclear whether Trump will want to continue with a military official in the position, or turn to a more political operator. Either way, multiple sources said Trump’s operation wants someone who can be easily confirmed.”

“House Homeland Security Chairman Mike McCaul (R-TX) is on the shortlist for Kelly replacements. He’s got the experience and political chops. Others in the mix include: ICE acting director Thomas Homan and Kansas Secretary of State Kris Kobach, though Kobach would likely have a hard time getting confirmed.”

Jack Goldsmith of Lawfare: “The Trump Presidency is a strange combination of menacing and impotent.  It is also fractured internally like no presidency in American history.

The menacing element is plain.  Trump sets everyone on edge with incessant verbal attacks and relentlessly indecorous behavior.  The maelstrom that is his presidency seems like it could at any moment push the country off the rails—massive pardons to kill the Russia investigation, a Justice Department meltdown as a result of firings and resignations, a North Korean miscalculation, or who-knows-what-other-crazy-thing.  Many people worry how the impulsive Trump will handle his first crisis.

As for impotence, Trump has accomplished nothing beyond conservative judicial appointments.  His administration is otherwise a comedy of errors in the exercise of executive power.  What is most remarkable is the extent to which his senior officials act as if Trump were not the chief executive.  Never has a president been so regularly ignored or contradicted by his own officials.  I’m not talking about so-called “deep state” bureaucrats.  I’m talking about senior officials in the Justice Department and the military and intelligence and foreign affairs agencies.  And they are not just ignoring or contradicting him in private.  They are doing so in public for all the world to see.”

Axios: What’s next: Now that the left has defeated the Republicans on repeal-and-replace, the progressive resistance is channeling its energies into protesting any Trump administration actions to “sabotage” the ACA.

Drew Altman and Larry Levitt of the Washington Post say it is not Obamacare anymore. It’s our national health-care system.

“But most of all, they failed because they built their various plans on the false claim — busted by the Congressional Budget Office — that they could maintain the same coverage levels as the ACA and lower premiums and deductibles, while at the same time slashing about a trillion dollars from Medicaid and ACA subsidies and softening the ACA’s consumer protection regulations. Had they succeeded, they would have won a big short-term victory with their base, which strongly supports repeal, but suffered the consequences in subsequent elections as the same voters lost coverage or were hit with higher premiums and deductibles.

The challenge now is to stabilize the ACA’s insurance marketplaces. They are not in free fall or imploding, as President Trump suggests, and in most markets insurer profits have been improving. But these are fragile markets, especially in rural areas, and there are 38 “bare counties” where no insurer currently intends to participate in 2018. About 20 percent of marketplace enrollees have access to only one insurer, with the biggest problems in rural areas.”