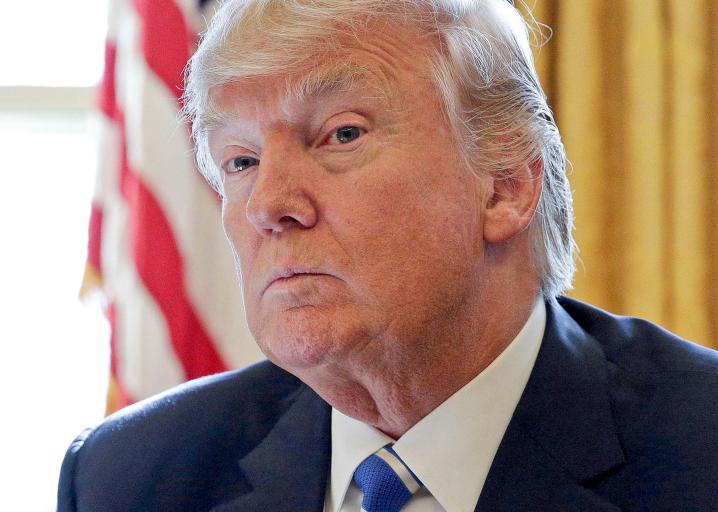 CNN puts together a list of The 29 most cringe-worthy lines from Donald Trump’s hyper-political speech to the Boy Scouts. Here are just a few:

5. “Some of you here tonight might even have camped out in this yard when Mike was the governor of Indiana, but the scouting was very, very important.”

Trump’s inability to finish sentences or thoughts should concern everyone. A leading psychiatry group has told its members they should not feel bound by a longstanding rule against commenting publicly on the mental state of public figures — even the president. That said, does anyone understand the sentence above? No? Didn’t think so.

11. “By the way, just a question, did President Obama ever come to a jamboree?”

Who the hell wants to speak about politics in front of the boy scouts? Mr Obama did address the Jamboree by video link in 2010. He was also a former boy scout, unlike Mr Trump.

What the hell is he talking about? Is momentum important, or not?

19. “Do we remember that date? Was that a beautiful date? What a date.”

“He’s talking about Election Day 2016. Because of course he is.”

20. “But do you remember that incredible night with the maps and the Republicans are red and the Democrats are blue, and that map was so red, it was unbelievable, and they didn’t know what to say?”

21. “And you know we have a tremendous disadvantage in the Electoral College — popular vote is much easier.”

He lost the popular vote.

Listening to this speech it’s no wonder a leading psychiatry group has lifted its ban on discussing the mental health of political leaders. It’s a conversation that needs to be had.

23. “But then Wisconsin came in. Many, many years — Michigan came in.”

There’s more at the link above.

1 comment on “‘Who the hell wants to speak about politics when I’m in front of the Boy Scouts?’ Right?””