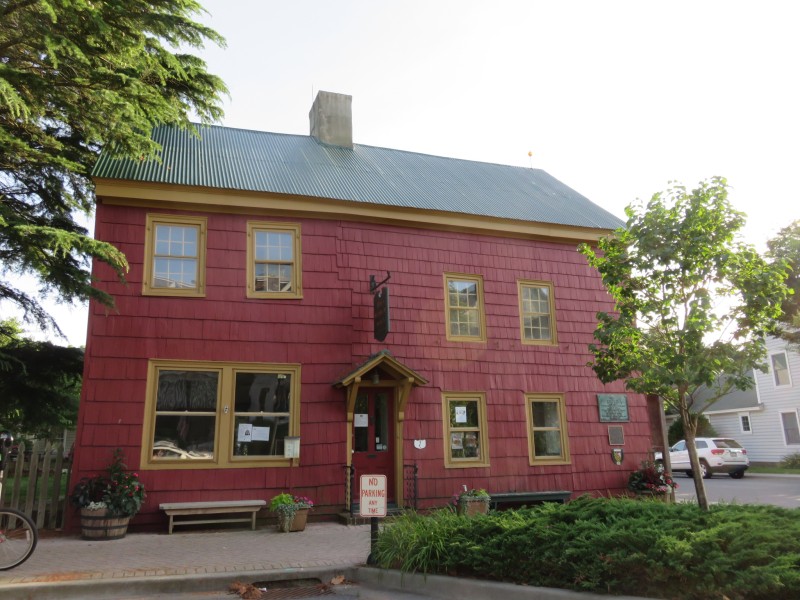 The oldest building in Delaware is the Ryves Holt House, on 2nd Street in Lewes. The section on the right was originally believed to date back to 1665, but further research suggests that the building dates to 1685. The house was named for Ryves Holt, a captain and lawyer, who moved into the house in 1723. Later additions gave the house its uneven windows. The Ryves Holt House is one of the oldest wooden houses in the United States.  Photo by xzmattzx.