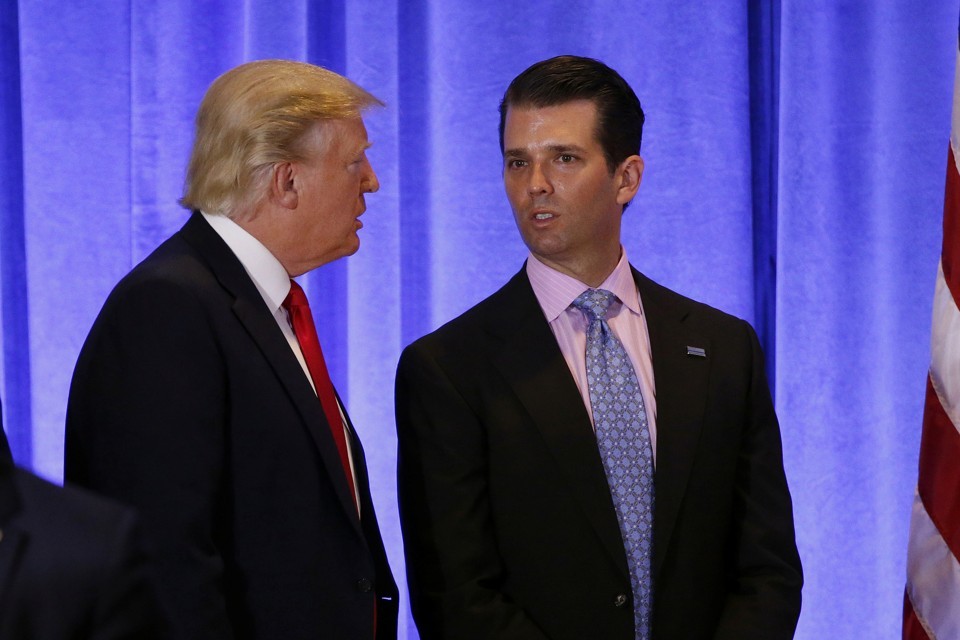 In a stunning development that gives the clearest indication yet that at least some in the President’s inner circle were willing to accept Russian help during the campaign, Donald Trump, Jr. released an email chain Tuesday that detailed the lead-up to his meeting with a Kremlin-linked lawyer who promised dirt on his father’s likely presidential opponent, Hillary Clinton.

In the email exchange, Trump family acquaintance Rob Goldstone identified the lawyer, who he did not name, as a “Russian government attorney” who had “documents and information that would incriminate Hillary and her dealings with Russia and would be very useful to your father.”

Goldstone also wrote that the information the lawyer had was “ultra sensitive” because it was “part of Russia and its government’s support for Mr. Trump.”

“If it’s what you say I love it especially later in the summer,” Trump Jr. replied. He ultimately brought his brother-in-law, Jared Kushner, and then-campaign chairman Paul Manafort to the June 2016 meeting.

Philip Bump at the Post just flagged this Trump speech from June 7th, four days after Don Goldstone’s first contact with Don Jr and two days before the meeting at Trump Tower on June 9th.

You’ll have a hard time convincing me Trump didn’t know. You just know Donny Jr. ran to Daddy after the first email desperately seeking his praise. My bet… Daddy throws his son under the bus. In fact, it would be interesting to make a list of who Trump ends up throwing under the bus in order to save his own butt. Pence is at the top of my list. So is Giuliani.