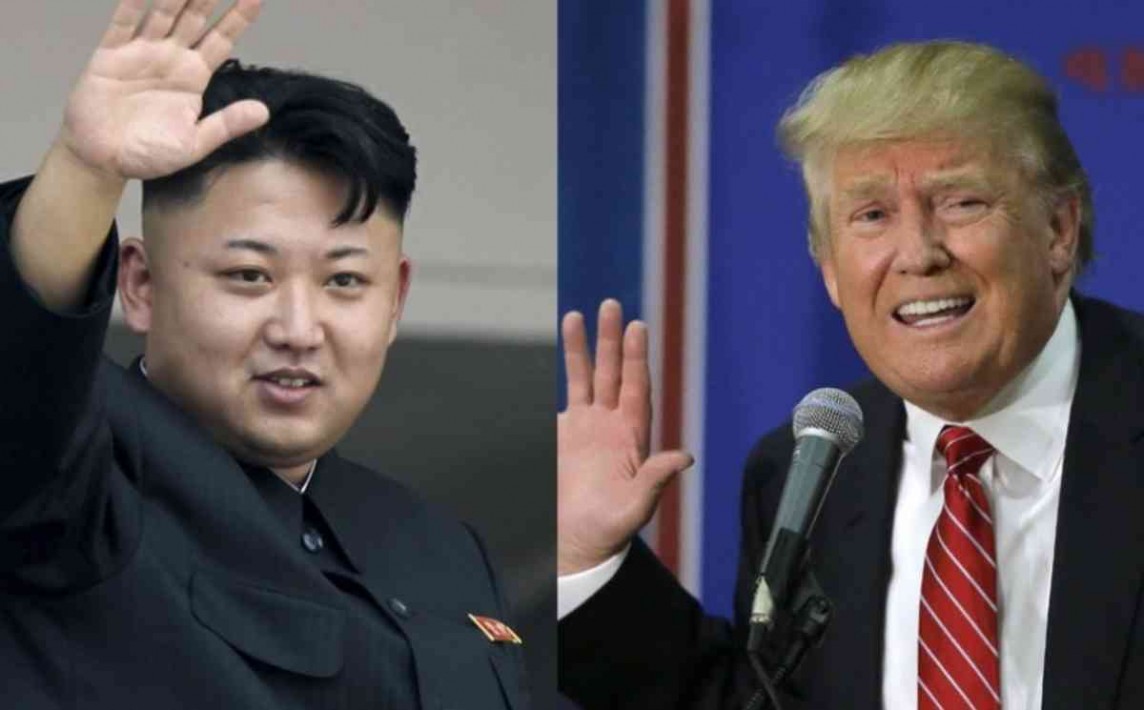 President Trump, “frustrated by China’s unwillingness to lean on North Korea, has told the Chinese leader that the United States is prepared to act on its own in pressuring the nuclear-armed government in Pyongyang,” the New York Times reports.

“Mr. Trump’s warning, delivered in a cordial but blunt phone call on Sunday night to President Xi Jinping, came after a flurry of actions by the United States — selling weapons to Taiwan, threatening trade sanctions and branding China for human trafficking — that rankled the Chinese and left little doubt that the honeymoon between the two leaders was over.”

The New York Times says there are few good options regarding North Korea: “When President-elect Donald Trump said on Twitter in early January that a North Korean test of an intercontinental ballistic missile capable of reaching the United States ‘won’t happen!‘ there were two things he still did not fully appreciate: how close Kim Jong-un, the North’s leader, was to reaching that goal, and how limited any president’s options were to stop him.”

“The ensuing six months have been a brutal education for President Trump. With North Korea’s launch on Tuesday of what the administration confirmed was an intercontinental ballistic missile, the country has new reach. Experts said the North Koreans had crossed a threshold — if just barely — with a missile that potentially could strike Alaska.”

I swear to God Trump is sundowning.
Here he is, confused, wandering away from his limo.
He had to be redirected.#25thAmendmentNow pic.twitter.com/0ZZOMTMd1k

New York Times: “It is a tough summer for Senate Republicans, who are trying to combine a long-promised repeal of the Affordable Care Act with a replacement that has, in legislation drafted so far, been as popular as sunburn. Protesters have held sit-ins at Senate offices, phone lines have been jammed and editorial writers have blasted their states’ congressional delegations. Planes have even flown admonitory, if occasionally poorly conceived, banners over state capitals.”

“Republican senators have had to decide whether public appearances would be fruitful or the crowds hostile. Many lawmakers seem to have given up on town hall-style meetings and parades. Others are still braving them, knowing they may get an earful on the health care bills.”

Only a handful of GOP senators appeared at parades today; mostly people told them to vote no on BCRA https://t.co/7ZtKtysaOO

A new poll shows that more Americans trust CNN than they do President Donald Trump. In its latest poll, Survey Monkey found that 50 percent of adults said they trusted CNN more than Trump, whereas 43 percent trust the commander in chief more than the cable news channel, reported Axios. Other media outlets enjoyed an even greater trust advantage. When it comes to the Washington Post and New York Times, for example, the trust advantage was nine percentage points and 11 points when it came to networks ABC, CBS, and NBC.

“Forty-one states have refused the Trump administration’s request for certain voter information,” according to a CNN inquiry to all 50 states. “State leaders and voting boards across the country have responded to the letter with varying degrees of cooperation — from altogether rejecting the request to expressing eagerness to supply information that is public.”

My latest for @CNN: What does it mean to be a patriot under Trump? #Patriotism https://t.co/xCMk858EVc

Sen. Kamala Harris (D-CA) “is using her newfound progressive stardom to raise money for her Democratic colleagues — and amplifying buzz about the California freshman as a prospect for the party’s 2020 presidential nomination in the process,” CNN reports.

“The email list Harris has used to raise the bulk of that money is 10 times the size it was at this time last year, during her Senate campaign. She’s used that list to raise money for incumbents up for re-election in the 2018 cycle, including Missouri Sen. Claire McCaskill, Montana Sen. Jon Tester and Massachusetts Sen. Elizabeth Warren.”

GREAT Fourth of July reading, from an English writer in the early '80s https://t.co/SmDwOi12U2

David Remnick: “Donald Trump, who, in fairness, has noted that “Frederick Douglass is an example of somebody who’s done an amazing job,” represents an entirely different tradition. He has no interest in the wholeness of reality. He descends from the lineage of the Know-Nothings, the doomsayers and the fabulists, the nativists and the hucksters. The thematic shift from Obama to Trump has been from “lifting as we climb” to “raising the drawbridge and bolting the door.” Trump may operate a twenty-first-century Twitter machine, but he is still a frontier-era drummer peddling snake oil, juniper tar, and Dr. Tabler’s Buckeye Pile Cure for profit from the back of a dusty wagon.

Trump is hardly the first bad President in American history—he has not had adequate time to eclipse, in deed, the very worst—but when has any politician done so much, so quickly, to demean his office, his country, and even the language in which he attempts to speak? Every day, Trump wakes up and erodes the dignity of the Presidency a little more.”

Dictators have songs written about themselves.

Paul Waldman asks the kinds of questions Democrats need to address about single payer: “So as liberals start to think seriously about this issue, it would behoove us all to define exactly the principles and goals that are important; then we can judge what kind of job each competing system does of accomplishing them. Universal coverage is obviously the most important one; everyone has to be covered, full stop. Another is that the system has to be equitable; if people with lower incomes can only afford plans with huge deductibles, it has failed. At a minimum, there has to be a floor of coverage that no one can fall below. I don’t have that much of a problem with rich people buying “concierge care” if everyone else is getting high-quality care; it’s only offensive when so many people have no coverage at all. And costs have to be brought down; when an appendectomy costs $16,000 in the U.S. but only $2,000 in Spain, we’re getting ripped off. That’s because other countries regulate health-care prices in ways we don’t.”

The media's silence on the Republican health care bill is unacceptable. https://t.co/3RIWWq8FcG pic.twitter.com/xA1GtAe8PW

Eugene Robinson: “We have a president who neither understands nor respects the basic norms of American democracy. Make no mistake: Donald Trump is a true aberration. There is no figure like him in U.S. history, for which we should be thankful.

Trump’s inexperience is unique; he is the only president never to have served in government or the military. This weakness is exponentially compounded by his ignorance of both policy and process, his lack of curiosity, his inability to focus and his tremendous insecurity. He refuses to acknowledge his shortcomings, let alone come to terms with them; and he desperately craves the kind of sycophantic adulation that George Washington, a genuine hero, pointedly rejected. […]

The Founders, mindful of their own faults, ultimately designed a system to contain a rogue president. They limited his elective term to four years, gave checking and balancing powers to the legislative and judicial branches, and designed impeachment as a last-ditch remedy. The Trump presidency compels all of us to be mindful of our constitutional duties.”