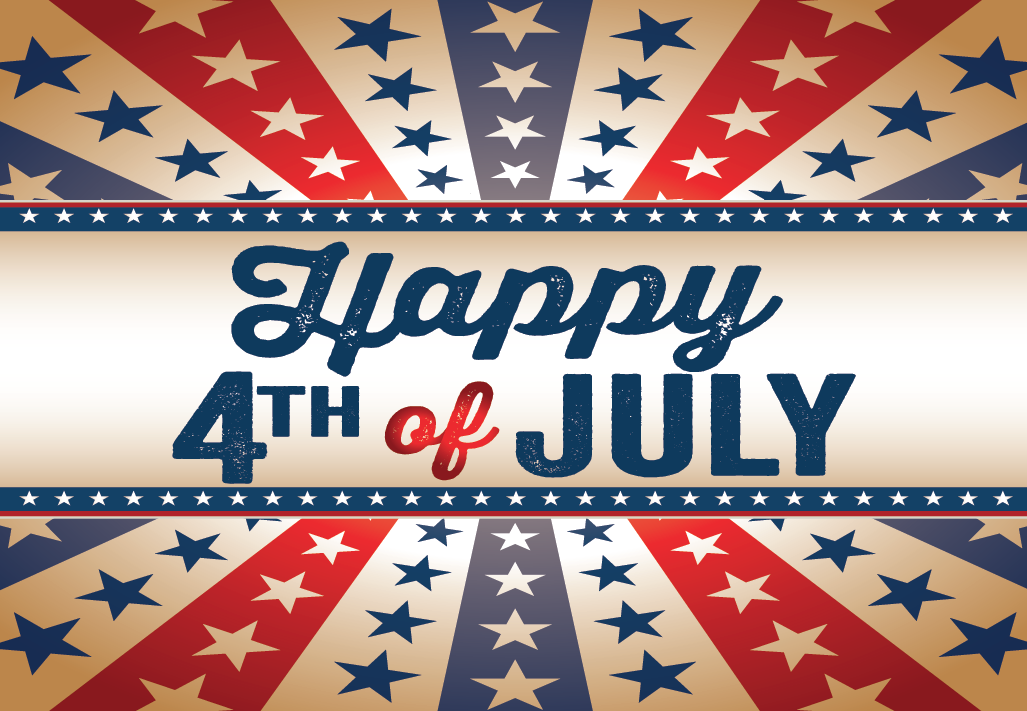 The Hill says the GOP does not have the votes to raise the debt ceiling: “If the debt ceiling is raised with a clean hike — a distinct possibility given Democratic demands and the narrow, 52-seat majority for the GOP in the Senate, Republicans will need at least 24 members of their own conference to back a clean debt bill in the House.”

“That could be a tall order. Only four of the 16 Republicans who voted for the clean debt hike in 2014 suggest they will or are open to doing so this fall.”

Those on the left who stand to benefit the most politically from Obamacare's repeal are trying to save it anyway. https://t.co/XgaLpjf9Wx pic.twitter.com/6eJHdTaj2T

Josh Kraushaar of the National Journal on why the Republicans are losing the health care fight:  “GOP leaders sound so unconvinced about the merits of their own proposed policy that they’ve stopped trying to make the case for reform entirely. So Mc­Con­nell will keep chug­ging along, des­per­ately try­ing to craft some le­gis­lat­ive com­prom­ise that can sat­is­fy Re­pub­lic­an mod­er­ates and con­ser­vat­ives alike. Don’t bet on it suc­ceed­ing. Even the best-laid plans need some pub­lic sup­port be­hind them. And Mc­Con­nell isn’t get­ting any help from any­one—wheth­er it’s the pres­id­ent, his own Sen­ate, or even his party’s top com­mu­nic­at­ors—in selling such wide-ran­ging re­forms to an un­aware elect­or­ate.”

.@ananavarro on Trump CNN tweet: “It is an incitement to violence. He is going to get somebody killed in the media.” pic.twitter.com/Ivip2ZscT4

“With the Republican push to revamp the Affordable Care Act stalled again, even some allies of President Trump question whether he has effectively used the bully pulpit afforded by his office and are increasingly frustrated by distractions of his own making,” the Washington Post reports.

“Trump has spoken out repeatedly during his tenure about the shortcomings of Obamacare, which he brands a ‘disaster.’ But he has made relatively little effort to detail for the public why Republican replacement plans — which fare dismally in public opinion polls — would improve on the former president’s signature initiative.”

“The lackluster sales job, combined with recent controversial tweets and public statements targeting the media, has diminished the focus on the president’s leading legislative priority at a key juncture in the Senate, allies and analysts say.”

“There’s nothing new in Trump letting loose with a nasty misogynistic blow like the one he landed on Brzezinski. What is new is the back story of an alleged blackmail effort by Trump and/or Jared Kushner to use the threat of a National Enquirer expose on Brzezinski and Joe Scarborough as a cudgel to win favorable Trump coverage on “Morning Joe.” Scarborough has tweeted that he has phone records and texts from Trump’s “top aides” to prove this. It is incumbent on him and MSNBC to release that evidence now, particularly given the prominent role “Morning Joe” played in boosting Trump’s candidacy when it counted most, in the early stages of the campaign.

As for the Trump tweet of his “wrestling” CNN to the ground, it is not news that he hates the press, hates CNN in particular, and has called for violence against his critics. Nor is it a novelty that the imagery in a Trump tweet was lifted from a post by an alt-right thug known for anti-Semitism, Islamophobia, racism, and homophobia. But the new level of Trump mental instability dramatized by this tweet is notable. The escalating violence of his tweets at a time when his and the GOP’s entire agenda is on life-support makes you wonder if a complete breakdown is arriving sooner than I and others have thought. The wrestling tweet is batshit crazy, comparable to a drunk Nixon talking to the pictures on the White House walls during his final meltdown.”

New York Times: “Since Mr. Trump became president, his need for loyal foot soldiers like Mr. Cohen has never been greater. But instead of helping his longtime employer navigate F.B.I. and congressional investigations into whether his campaign colluded with Russia in the 2016 election, Mr. Cohen now appears to be outside the Trump inner circle, a man on the defensive.”

“The House Intelligence Committee has summoned him for questioning in its inquiry…. He is under scrutiny by the F.B.I., along with other Trump associates, in the Russia investigation. An unverified dossier prepared by a retired British spy and published this year said that Mr. Cohen had met overseas with Kremlin officials and other Russian operatives, which he has denied.”

“After years of loyal service to Mr. Trump, Mr. Cohen, 50, expected to be offered a senior administration post, according to four people who know him, speaking on the condition of anonymity because they feared angering Mr. Cohen. He was given no such job.”

“Something strange has been happening to taxes in Republican-dominated states: They are going up,” the New York Times reports.  Someone tell Andria Bennett and her Republicans in Delaware.

“Conservative lawmakers in Kansas, South Carolina and Tennessee have agreed to significant tax increases in recent weeks to meet demands for more revenue. They are challenging what has become an almost dogmatic belief for their party, and sharply diverging from President Trump as he pushes for what his administration has billed as the largest tax cut in at least a generation.”

“And now some Republicans say that what has played out in these states should serve as a cautionary tale in Washington, where their party’s leaders are confronting a set of circumstances that looks strikingly similar.”

NPR has some news about Justice Anthony Kennedy: “But it is unlikely that Kennedy will remain on the court for the full four years of the Trump presidency. While he long ago hired his law clerks for the coming term, he has not done so for the following term (beginning Oct. 2018), and has let applicants for those positions know he is considering retirement.”

Rick Hasen: “This would put Justice Kennedy’s retirement right before the 2018 midterms, giving the Republican base reasons to turn out and keep the Senate with a Republican majority (already a strong possibility in 2018)… Republicans in the Senate would have a strategic decision to make: try to confirm a replacement before the elections, or use it as a tool to boost midterm turnout.”

“In their campaign program for the German election, Chancellor Angela Merkel’s conservatives have dropped the term ‘friend’ in describing the relationship with the United States,” Reuters reports.

“Four years ago, the joint program of her Christian Democratic Union (CDU) and its Bavarian sister party, the Christian Social Union (CSU), referred to the United States as Germany’s ‘most important friend’ outside of Europe… But the words ‘friend’ and ‘friendship’ are missing from the latest election program which Merkel and CSU leader Horst Seehofer presented on Monday ahead of a Sept. 24 election.”

Axios: “It’s a small change, but it’s not a subtle one. Merkel has been very clear over the past few months that Europe can no longer rely on a United States led by President Trump.”

#JohnRoberts commencement speech was more important than any decision he handed down from the bench this year. https://t.co/qY2nsbxD0R

Leonard Steinhorn: “He may have promised them a return of their manufacturing jobs, but he did so with a wink and a nod as both he and they knew that these jobs weren’t really coming back. Instead, the real vindication he offered was a cultural revival and a supersized serving of respect — as well as the satisfaction of sticking it to their politically correct, patronizing foes.”

“That a billionaire would assume the mantle of pitchfork populism may seem like a political and cultural oxymoron, but Trump is far more like his supporters than appearances suggest. Like them, the cultural arbiters and Manhattan elites never let him inside the club. They may have accepted his money, but they scorned him as garish and gaudy, undeserving of their attention. Now, like a true populist, he’s dishing it back.”

“Such is the populist impulse that governs America today.”

Charles Blow: “Donald Trump is depending on people’s fatigue. He is banking on your becoming overwhelmed by his never-ending antics. He is counting on his capacity to wear down the resistance by sheer force.”

“We must be adamant that that will never come to pass. Trump is an abomination, and a cancer on the country, and none of us can rest until he is no longer holding the reins of power.”

McConnell is said to compare health care politics to a Rubik’s cub.

“Secretary of State Rex Tillerson told the U.N. Secretary General Antonio Guterres during a private State Department meeting last week that the fate of Syrian leader Bashar Al-Assad now lies in the hands of Russia, and that the Trump administration’s priority is limited to defeating the Islamic State,” Foreign Policy reports.

“The remarks offer the latest stop on a bumpy U.S. policy ride that has left international observers with a case of diplomatic whiplash as they try to figure out whether the Trump administration will insist that Assad step down from power. Nearly three months ago, Tillerson had insisted that Assad would have to leave office because of his alleged use of chemical weapons.”

Jonathan Swan: “Steve Bannon is causing a stir inside the administration by pushing an idea that’s anathema to most Republicans: raising taxes on the wealthiest Americans to pay for steep middle and working-class tax cuts. (Some officials who’ve heard Bannon’s idea think it’s crazy, but the President’s chief strategist believes it’s a potent populist idea.)”

“Bannon has told colleagues he wants the top income tax bracket to ‘have a 4 in front of it.’ (The top bracket is currently 39.6% for Americans who earn more than $418,400.) It’s classic Bannon – pushing a maximalist position that’s reviled by the Republican establishment.”