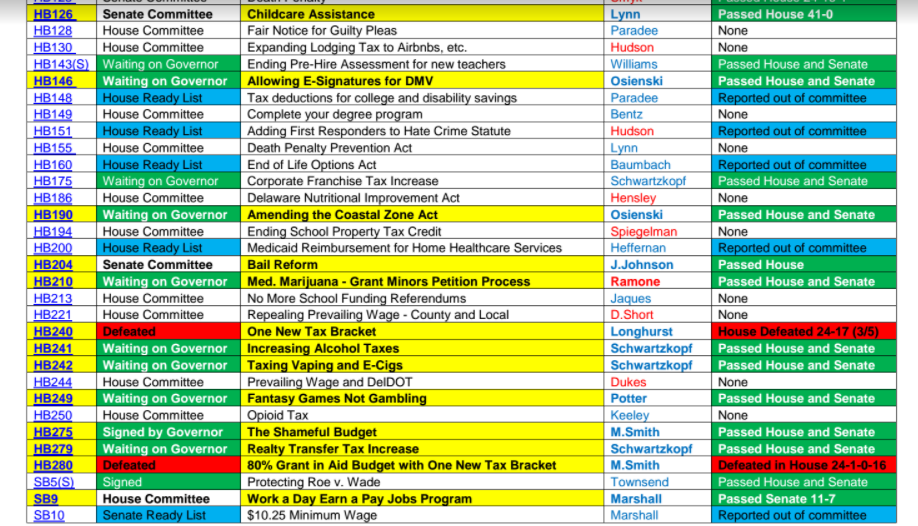 Over the next six months, as we await the January 2018 opening of the General Assembly, we will be discussing which bills of liberal and progressive interest or concern remain hanging out there in committee or on ready lists.  We will also be concentrating heavily on the single Democratic priority for 2018: creating new tax brackets above 150k.

I will also update the individual bill pages here at Blue Delaware with vote details from the flurry of action over the past five days.  But in the meantime, here is the final vote tracker for 2017.   The bold and highlighted bills are where the General Assembly took action since the last Vote Tracker.