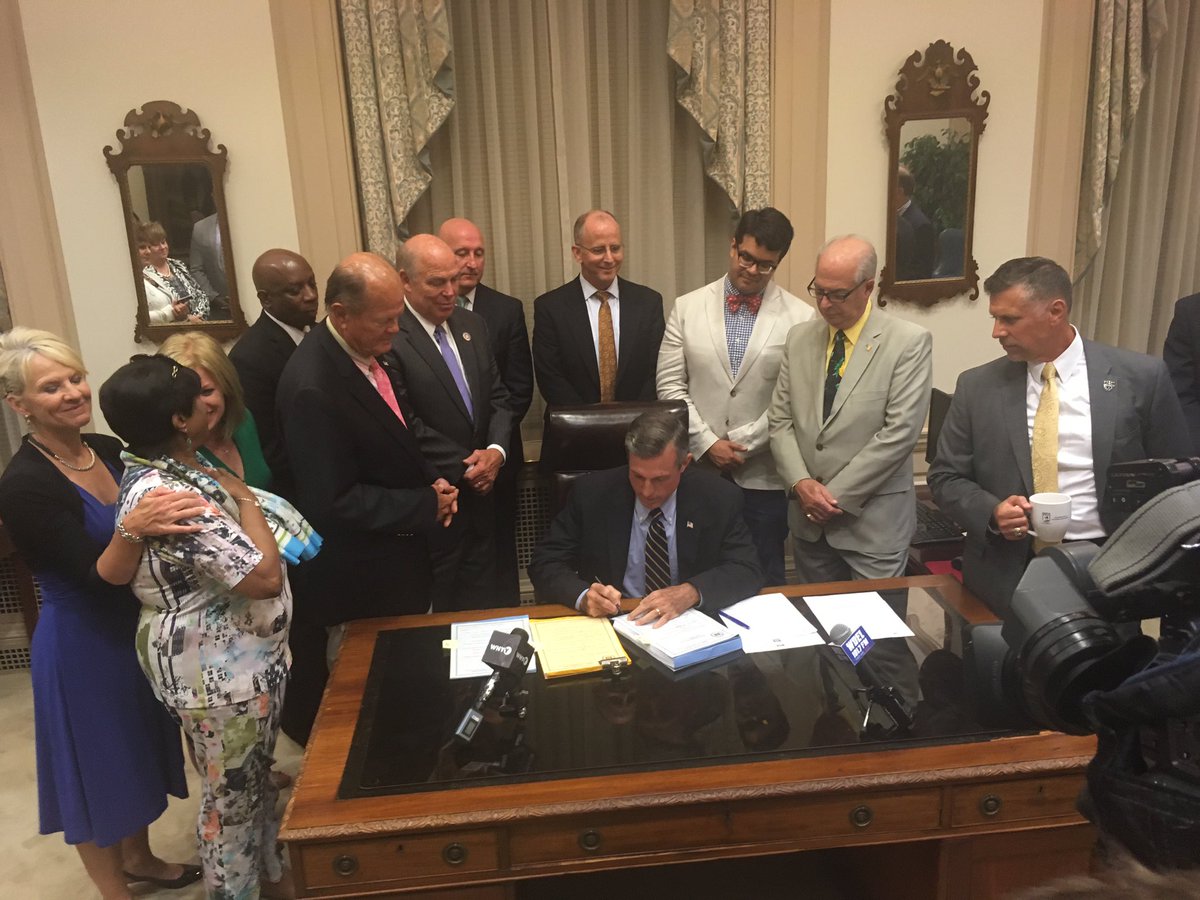 There are too many people smiling in this picture.  The Republicans are smiling.  They got everything they wanted.  The House and Senate and Governor Carney agreed to a shameful budget last night that exposed the lie that is and was “Shared Sacrifice.”   $11 million cut out of education.  A 20% cut to Grant In Aid nonprofits, like Senior Centers and Volunteer Firehouses and Meals on Wheels.  10% cut out of the Department of Health & Human Services.   All the while there will be no tax increase on the wealthy, no new income tax bracket above 150k, and the wealthy gets to keep all their inheritance through the elimination of the Estate Tax.  Meanwhile, regressive sales taxes are going up on alcohol and tobacco and it just got more expensive to buy a home in Delaware due to a increase in the realty transfer tax.

“We have met our constitutional obligation to pass a balanced budget, albeit a day late,” said House Speaker Pete Schwartzkopf. “We came into this year facing a $400 million revenue shortfall, and that challenge presented us with an opportunity to make some serious decisions to fix our structural problems with our budget.  “Unfortunately, we fell short in that goal. The positive result is both sides agreed on a budget that maintains critical services to our residents. With the revenue we raised, we were able to restore many of the cuts we initially had approved, including the Grant-in-Aid bill. But the budget also includes several painful cuts that will affect services to many Delawareans.

“We must continue to work toward fixing the structural problems with our budget, but both on the expenditure and the revenue sides. We have committed to several initiatives to study ways to make government more efficient and effective, and we must commit to addressing revenues, or we will continue to face these challenges. The people of Delaware expect and deserve more.”

Speaker Schwartzkopf, did we also commit to bringing fairness to our personal income tax structure?  I must have missed it.  It is time your caucus and your colleagues make raising taxes on the wealthy a singular goal of the Democrats in Dover.  It will have to be what the next session of the General Assembly is about, starting in January, a day by day push to create new tax brackets above $150,000.

And that charge will have to be led by Andria Bennett, who claims now that she is all for such an increase, even though she voted against it on Friday.  Well, if she is, then it will be the first bill introduced on the first day of the session in January, and she will be the prime sponsor.   I suspect, like her two cowardly votes last night where she switched her votes to no on the Alcohol Tax bill and the Realty Transfer Tax bill when it was clear her vote was not needed to pass it, that she will not be a woman of her word on that. But she only has one choice if wishes to maintain Democratic support in the upcoming election year.  If she fails to live up to her word, she will have to be defeated in the primary or general election.

8 comments on “A Shameful Budget”