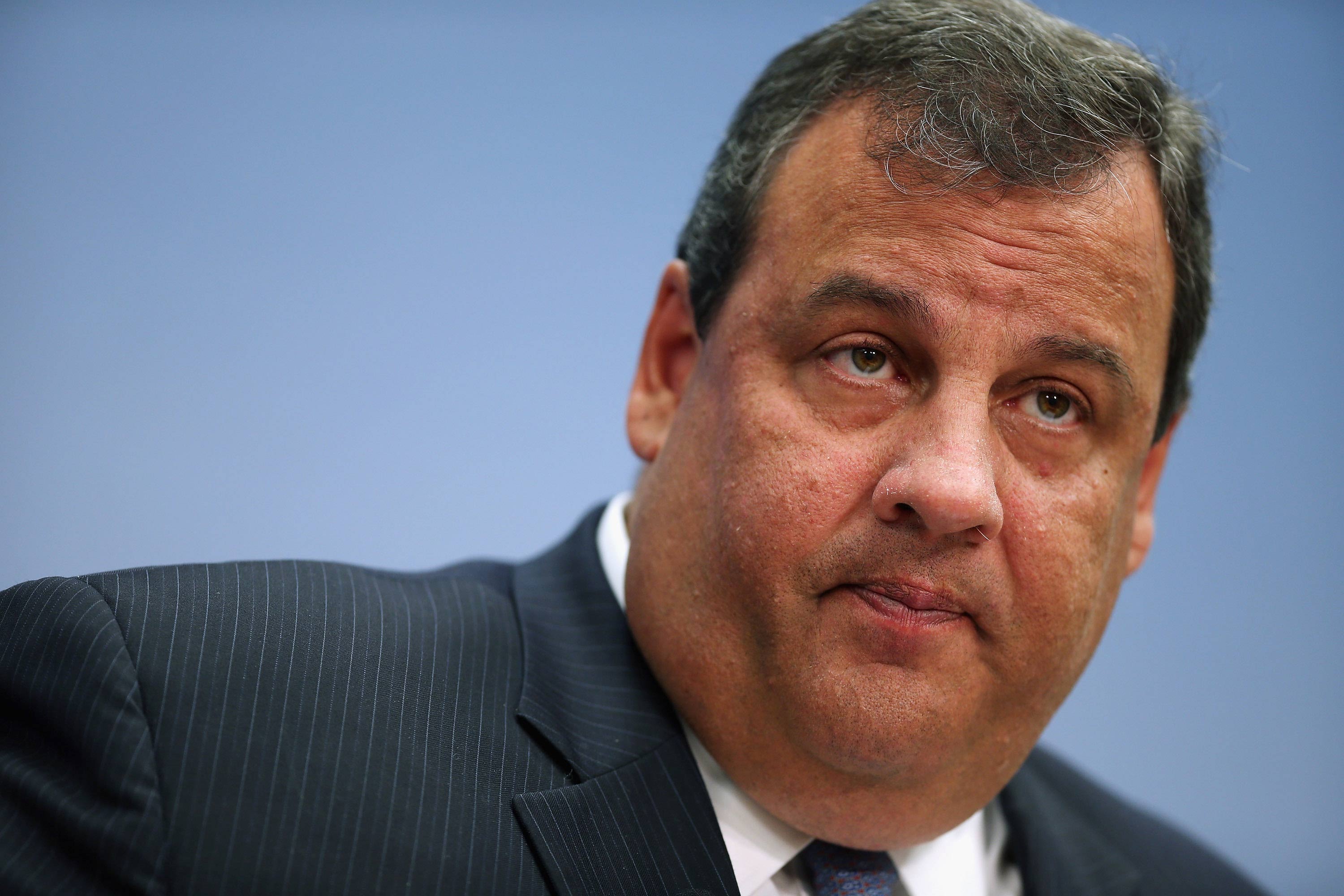 If you think Delaware is alone with our budget crisis, fear not.  New Jersey is always worse.  “Chris Christie is heading into his final six months as governor presiding over New Jersey’s biggest government crisis in more than a decade: A shutdown that will literally turn the lights out in Trenton,” Politico reports.

“New Jersey lawmakers failed to pass a budget by the annual deadline at midnight last night, and Christie promptly issued an order sparking the closure of government offices and services deemed non-essential.State parks and beaches will likely be closed this morning, just in time for the holiday, as will motor vehicle offices. Courts could be closed come Monday. Tens of thousands of state government employees will be furloughed.”

Matt Tait offers an accounting “of experiences which were thoroughly bizarre and which I did not fully understand” when a longtime Republican activist sought his help in trying to obtain Hillary Clinton emailsfrom Russian hackers.

Over the course of our conversations, one thing struck me as particularly disturbing. Smith and I talked several times about the DNC hack, and I expressed my view that the hack had likely been orchestrated by Russia and that the Kremlin was using the stolen documents as part of an influence campaign against the United States. I explained that if someone had contacted him via the “Dark Web” with Clinton’s personal emails, he should take very seriously the possibility that this may have been part of a wider Russian campaign against the United States. And I said he need not take my word for it, pointing to a number of occasions where US officials had made it clear that this was the view of the U.S. intelligence community as well.

Smith, however, didn’t seem to care. From his perspective it didn’t matter who had taken the emails, or their motives for doing so. He never expressed to me any discomfort with the possibility that the emails he was seeking were potentially from a Russian front, a likelihood he was happy to acknowledge. If they were genuine, they would hurt Clinton’s chances, and therefore help Trump.

Now we have a roadmap to the Trump campaign's collision with Russia https://t.co/mEbBcykeCy via @intelligencer

Caitlin Owens: “Senate Republicans have asked the Congressional Budget Office to analyze Sen. Ted Cruz’s proposal for further health insurance deregulation, and they’ve asked for one estimate of a health care bill that includes his changes and one that doesn’t.”

“That would give Republicans a better idea of the impact of his proposal, which would let insurers sell health plans that don’t meet Affordable Care Act standards — including, potentially, waiving the pre-existing condition rules — as long as they also sell plans that comply with all of the ACA insurance regulations.”

Dan Balz: “The president appears to have no commitment to an explicit strategy for getting a health-care bill to his desk, only a desire for victory and limited patience for the legislative process. He also has no fixed views on the substance of health-care reform, having made contradictory statements about the topic throughout his campaign and since.”

“He has said he wants a health-care system with heart, one in which everyone is covered. But he embraces legislation that would leave 22 to 23 million additional Americans without coverage by 2026, according to the Congressional Budget Office. When the House passed its health-care bill in May, he showered it and GOP leaders with praise. Later he called the measure “mean.” He campaigned against cuts in entitlements — Medicare, Social Security and Medicaid. The congressional legislation would revamp Medicaid, significantly slowing the growth in spending.”

How Democrats Can Defeat Trump and Restore Public Trust in the Government https://t.co/QVanZs1SBW

“A longtime Republican activist who led an operation hoping to obtain Hillary Clinton emails from hackers listed senior members of the Trump campaign, including some who now serve as top aides in the White House, in a recruitment document for his effort,” the Wall Street Journal reports.

“The activist, Peter W. Smith, named the officials in a section of the document marked ‘Trump Campaign.’ The document was dated Sept. 7, 2016. That was around the time Mr. Smith said he started his search for 33,000 emails Mrs. Clinton deleted from the private server she used for official business while secretary of state. She said the deleted emails concerned personal matters. She turned over tens of thousands of other emails to the State Department.”

“As reported Thursday by The Wall Street Journal, Mr. Smith and people he recruited to his effort theorized the deleted emails might have been stolen by hackers and might contain matters that were politically damaging. He and his associates said they were in touch with several groups of hackers, including two from Russia they suspected were tied to the Moscow government, in a bid to find any stolen emails and potentially hurt Mrs. Clinton’s prospects.”

Washington Post: “To President Trump, no place is more comfortable than the middle of a fight. This week had it all: Vicious tweets, nasty nicknames, an entrenched foe in the mainstream media and the reprisal by Trump of one of his favorite roles — the victim. Sure, Trump’s health-care push stalled on Capitol Hill, his ‘energy week’ went largely unnoticed and the president faced almost universal condemnation for an unpresidential attack on MSNBC anchor Mika Brzezinski.”

“But to many inside the White House, as well as outside allies, what looked like a public relations debacle amounted to an abundance of ‘winning’ — a Trumpian catchphrase playfully repeated Friday by some West Wing officials, even as they were discomfited by the Brzezinski broadside.”

New York Times: “The political fallout from Heller’s high-profile news conference a week ago offers a vivid illustration of the new fault lines on the right in the Trump era. After years of fierce clashing between Republican hard-liners and mainstream conservatives, the purity-versus-pragmatist wars have given way to a new, Trump-centered debate that highlights how fully the president has taken over the party.”

The Republican plan to repeal Obamacare was built on a giant lie. Now it is collapsing. https://t.co/3bZUqur18G pic.twitter.com/zkEWNUUbtt

“The science division of the White House’s Office of Science and Technology Policy (OSTP) was unstaffed as of Friday as the three remaining employees departed this week, sources tell CBS News. All three employees were holdovers from the Obama administration.”

“Under Mr. Obama, the science division was staffed with nine employees who led the charge on policy issues such as STEM education, biotechnology and crisis response.”

“Four years ago, Mike Lee and Ted Cruz launched an all-out media blitz to stop Obamacare implementation that culminated in a 16-day government shutdown. Now the conservative senators are still pressuring GOP leaders to go further than their colleagues in gutting the law, but they’re making their push through quiet backroom conversations instead,” Politico reports.

“It’s a shift for the Senate GOP’s two leading agitators, who are trying to build consensus in their own unique, hard-line way. And where they end up will ultimately determine whether Republicans are able to pass a bill.”

“If Lee and Cruz are able to help craft a compromise that can win 50 Republican votes, their support will go far in easing concerns from other conservatives who still deride the bill as Obamacare-lite. Yet the firm positions of Cruz (R-Texas) and Lee (R-Utah) are still imperiling the Senate Republicans’ repeal effort by pushing the party more to the right than many more centrist lawmakers would like to go.”

The GOP's vision for American health care is alternately chilling and incoherent https://t.co/mVSoYnlsco

The Hill: “Buoyed by Republican infighting and the backlash against the GOP legislation, Democrats believe they have momentum as they head toward a final showdown in July.”

“They got a boost on Friday when President Trump muddied the waters for his party by suggesting senators repeal ObamaCare now and replace it later — an option that was roundly rejected by Republicans in January.”

“The GOP tug of war comes as Democrats are united around a single political message: That the bill will give tax breaks to the rich while taking healthcare away coverage for the poor.”

I do not understand the people who looked at Trump and thought he was anything but an arrogant dilettante. https://t.co/J0X2zXKbaQ

“For months, House Minority Leader Nancy Pelosi and other Democratic leaders have privately counseled their more militant members to forswear talk of impeaching President Trump, telling them the political support for such a step simply doesn’t exist in the GOP-controlled Congress,” Yahoo News reports.

“But 25 House Democrats, including the ranking member of the House Judiciary Committee, are now pushing an equally radical alternative: They are backing a bill that would create a congressional ‘oversight’ commission that could declare the president incapacitated, leading to his removal from office under the 25th Amendment to the U.S. Constitution.”