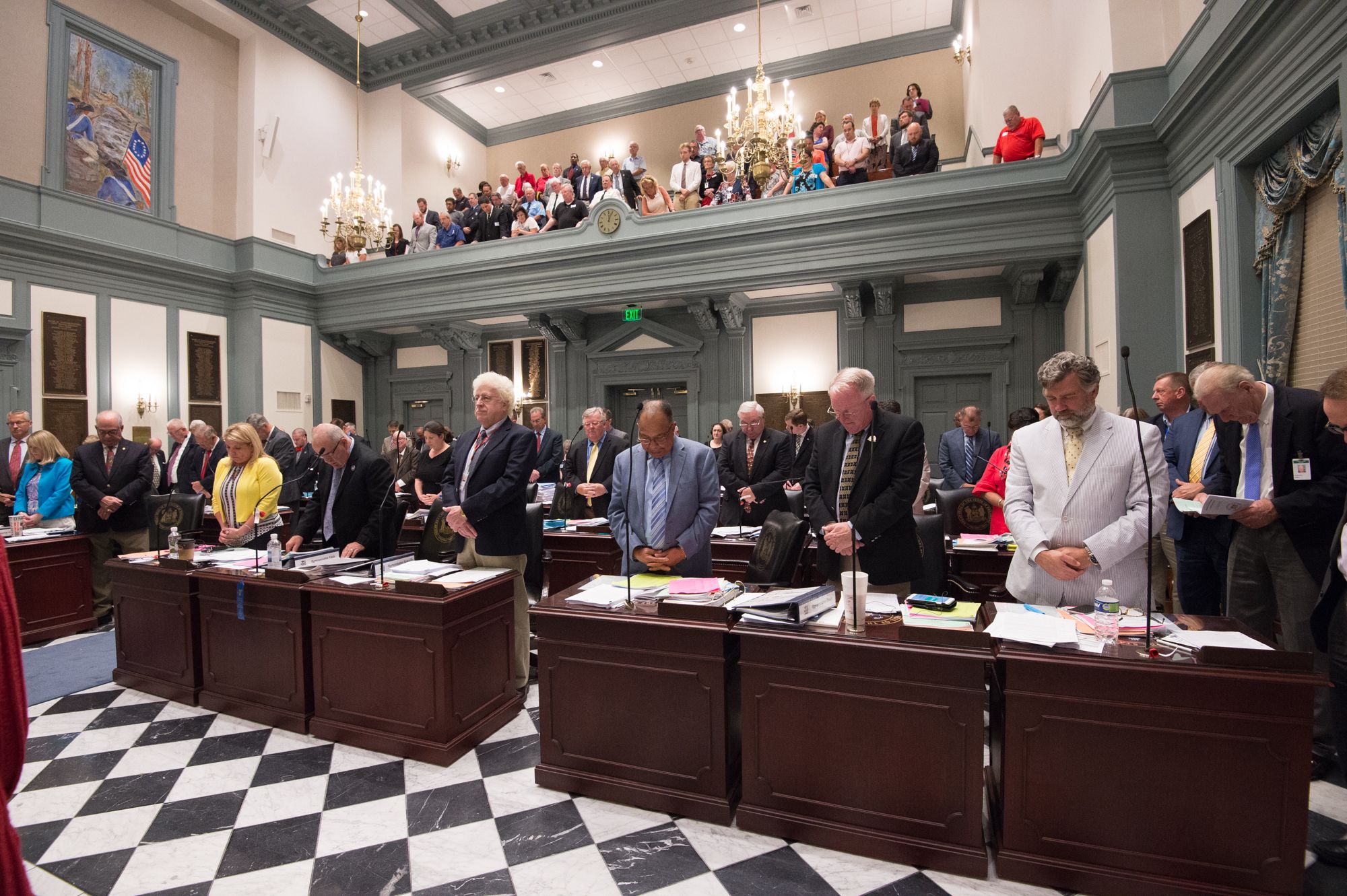 Thanks to new Republican Andria Bennett, is all hope lost for getting new revenues into the budget process?   Well, no, but now, thanks to Andria, Republicans have all the leverage.  Republicans are willing to do some form of revenue increase, but they want repeal of prevailing wage and sunset provisions (which make the increases pointless if they are just going to disappear next year) and a demand for more cuts.

There have been some misguided progressives who been cheering Andria for taking a stand. Taking a stand for what? It has been a six year goal of progressives up and down this state to get at least one new top level tax bracket into our progressive income tax structure to not only make it more fair, but to raise new revenue. And finally, we got all House Democrats to agree with that goal.  Except for Andria Bennett.

Her betrayal is all the more galling when we remember that she was one of six Democrats who voted against the budget in 2015 BECAUSE it did not do enough to raise new revenues. She and those other 5 Democrats were honored by the Progressive Democrats for Delaware for that stance. She should return that reward and apologize to the PDD for deceiving them.

She and those who defend her point to her opposition to the Itemized Deduction Cap.

Let’s talk about that, and let’s remember in so doing that itemized deductions are how the wealthy mainly avoid paying their fair share in taxes.  It is how Mitt Romney and those like him pay an effective 15% rate rather than the 39% rate he and they are supposed to.  But the cap would not affect your average middle class home buyer, whom Andria claims she is defending.   Let’s assume a married couple buys a $200,000 house in Dover.  That mortgage would probably include $500 in interest a month, or $6,000 a year, which you can claim on your tax return as a deduction.   In Delaware, if you file married but separate filing, each spouse could claim $3,000 of the interest as a deduction, which would be less than the standard deduction.  So unless you have another $250 in itemized deductions, you will be using the standard deduction anyway.

Further, 65% of Delaware taxpayers take the standard deduction, according to latest statistics.  A lot of those people are homeowners with mortgages.  So this itemized deduction cap is not going to hurt them.   It will hurt the wealthy who have more expensive houses and more deductions to claim.

So there is no struggling homeowner that Andria is fighting for.  So those who would defend her on that excuse should probably stop.  Because not only are you wrong, but you are also aiding and abetting those who want to stop Progressives from achieving the goal of a fair tax bracket.

Some progressives also want votes on HB109, which is John Kowalko’s tax bill. It would create two new tax brackets while giving a tax cut to the original brackets below 60k in income.   According to the number crunchers, the bill doesn’t raise as much revenue as the amended HB240.  Even with the new $250,000 bracket at 7.85% it would only raise about $37 million the first year and $110 million the second, far less than the $55.7M/$172.8M that HB 240 would bring in.

So the notion that we can simply jack up the brackets and percentages on the wealthy alone won’t work.  Ideologically, I think we all agree the wealthy should pay more, but guess who itemizes on their taxes the most: the wealthy.

Capping their deductions will bring in new revenue and make the wealthy pay more.

But this is all academic at this point.  Andria Bennett has given the Republicans all the leverage.

6 comments on “So what next with the budget?”