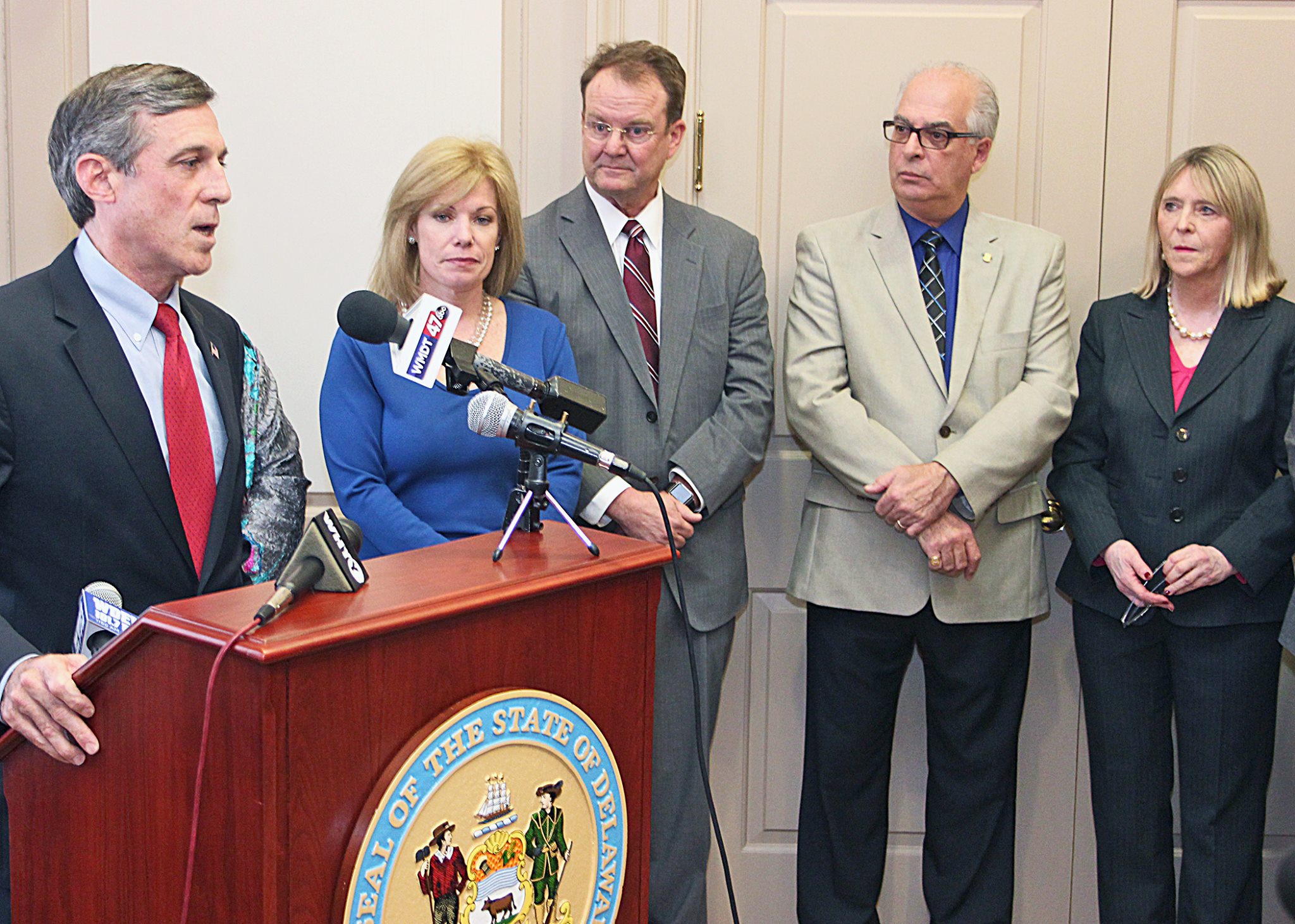 So the DelGOP finally proposed a counteroffer today, but it is a nonstarter.

“The plan would adopt part of Gov. John Carney’s (D) personal income tax hike – hiking rates across the board – but it leaves out a provision eliminating itemized deductions.”

No. Because that means there is no new income tax bracket above 150k. Pay attention Democrats, that is unacceptable. Any budget must include at least one new tax bracket above the current top level of 60k. The current HA1 to HB240 is a good compromise between Carney’s budget and John Kowalko’s HB109, and it should remain forever as our final offer.

“Those new, higher rates would expire next June unless three-fifths of members in both chambers signed off on keeping them.”

No. No sunset provisions.  This deficit is structural because we cut taxes too much in the 1990’s when we were relying on booms in Casino revenue and corporate fees.  Any increase will be permanent.  That should forever be our final position.

The furthest we can go on prevailing wage is to study it, which Dems have already agreed to.  But we cannot possibly attack the wages of working families while at the same time let the wealthy keep their unearned inheritance and tax cuts.  It cannot happen so long as we want to call ourselves Democrats.

Carney met with GOP leaders Thursday morning, telling them that a sunset on tax increases were “unacceptable,” and that such a move compromises any kind of structural fix to Delaware’s budget.  “When I was in Washington, if I had a nickel for every time a Republican said to me that they want consistency in the long-term around tax policy and regulatory policy, I’d be a millionaire and that’s exactly what my budget provides,” he said.  In a statement, House Speaker Pete Schwartzkopf (D-Rehoboth Beach) said the plan “…is not a sustainable solution to our budget situation and simply kicks the can down the road once again.”

“This is our last offer,” said Short. “We’re not going to negotiate with ourselves.”

Good.  Shut it down.  We will win this Short.  You will lose. You are choosing to defend the wealthy, while we Democrats are fighting for working families.

5 comments on “GOP’s Counteroffer is Unacceptable”