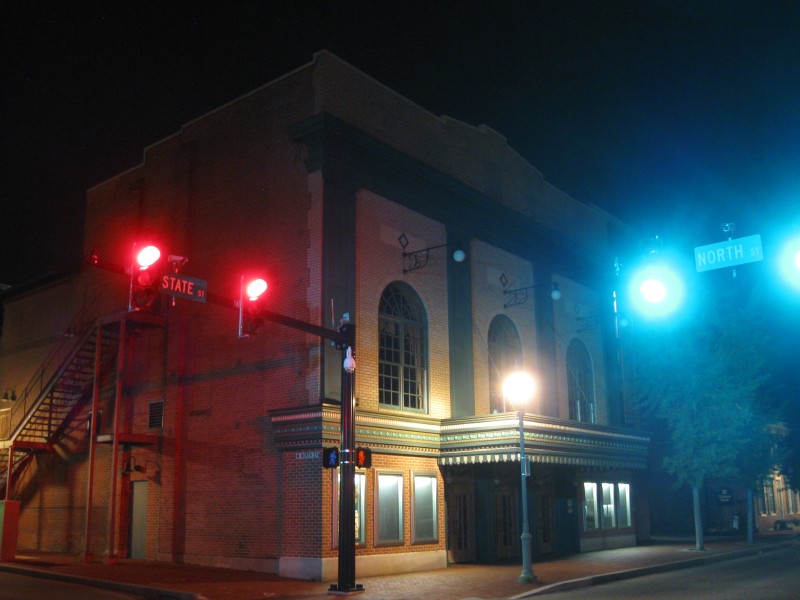 The old Dover Opera House, on State Street in Dover. The venue was built in 1904, and housed vaudeville acts. It was bought by George Schwartz in 1923, who changed the interior to Art Deco, and renamed it the Capitol Theatre. The movie theater closed in 1982. It opened again as the Schwartz Center for the Arts in 2001, but is planned to be closed down later this year.  Photo by xzmattzx.