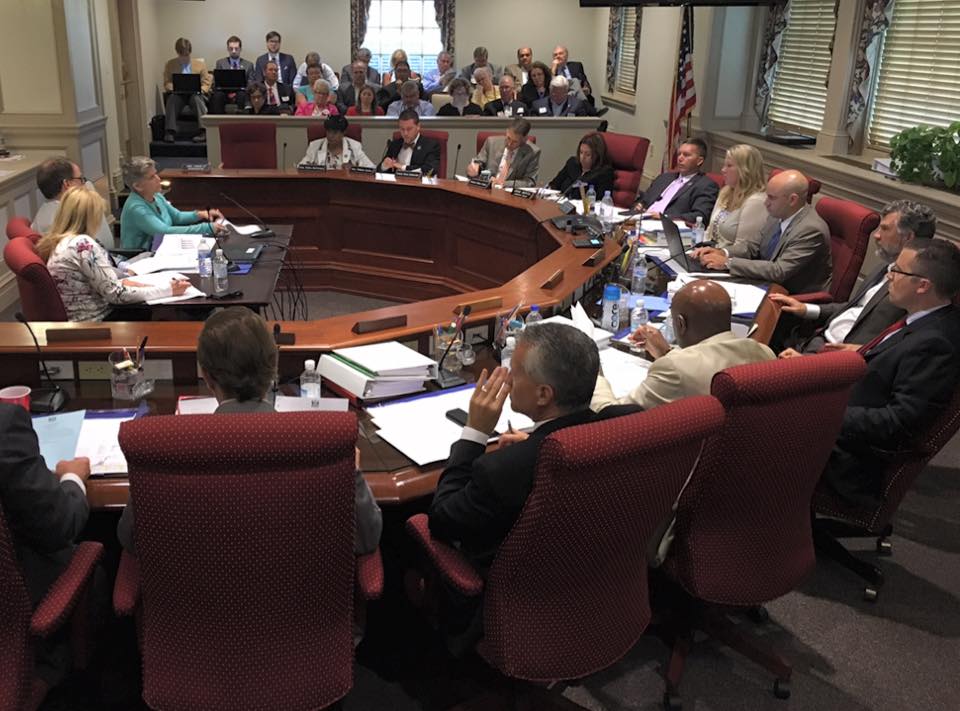 It is unusual to put up a bill page for a bill that has already passed, but this bill did not exist until the deal with the Republicans was made on the repeal of the Estate Tax (HB16).  There was Rep. John Kowalko’s HB102, which also raised the Corporate Franchise Tax, but it raised it less than this bill does, and it is essentially dead now that this bill has passed.   The first bill would create a new maximum rate of $250,000 for the corporate franchise tax, which companies pay to incorporate in Delaware. That rate would apply to about 1,900 companies that have more than $750 million in either revenue or assets and less than $250 million in revenue or assets.   The increased corporate taxes are expected to bring in about $116 million. The bill has passed the House and Senate and is waiting on Governor Carney’s signature.

But here is one question I want to revisit: Why did Senator Bobby Marshall vote no? Hey Bobby, time to retire. You are not going to win your primary next time.

AN ACT TO AMEND TITLE 6, TITLE 8, AND TITLE 12 OF THE DELAWARE CODE RELATING TO VARIOUS FEES AND TAXES CHARGED BY THE SECRETARY OF STATE.