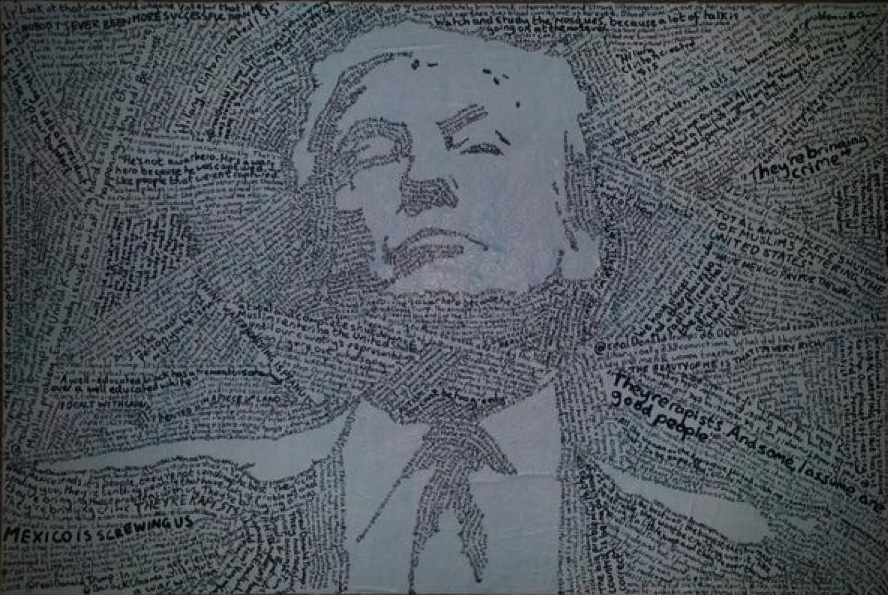 The theory: “The best way to defend is to attack. If you’re explaining, you’re losing. White House officials, while recognizing the optics were devastating, tell us they were relieved that the substance of Comey’s testimony lacked a smoking gun. But they know that special counsel Bob Mueller poses a dire threat to Trump’s hold on the office.”

President Trump said he “would be willing to testify under oath that he didn’t urge James Comey to ease off the Federal Bureau of Investigation’s probe of the former national security adviser, a day after the former FBI director testified before the Senate that Mr. Trump had done so,” the Wall Street Journal reports.

“The complaint will focus on Comey’s testimony that he gave a friend the content of memos about his conversations with Trump and asked the friend to then give that information to a reporter. Comey said Friday that he gave the friend — later identified as Daniel Richman, a longtime Comey confidante and Columbia University professor — the information after Trump tweeted that he may have tapes of his conversations with the fired FBI director.”

This is a former Republican Congressman who was on the House Judiciary Committee that voted for Articles of Impeachment against President Clinton.

Miami Herald: “It may be hard to fathom outside of Miami, but the faraway island of Cuba and Cuban-American politics could have played a role in Thursday’s historic hearing of the Senate Select Committee on Intelligence investigating Russian interference in the 2016 election.”

“Did the influential Republican senator from Miami on the committee, Marco Rubio, trade the integrity of this country for the pledge of a U.S. policy shift on Cuba from President Donald Trump? The optics — and the timing of a yet unscheduled visit by Trump to Miami to announce a rollback advocated by Rubio of President Barack Obama’s engagement policy — certainly make it seem that way.”

When it comes to playing the Washington game, Comey is a boxer. The first punch is usually followed by several more. https://t.co/ZyPlcHPi1T

“As a result, Scavino was issued a warning letter and advised that additional violations of the law could result in further action.”

Key findings: “Ossoff has an enormous lead over Handel among women, leading 60% to 34%. The Republican is beating Ossoff among male voters by a 52% to 41% margin. He has a solid advantage over Handel among younger voters, while she has a slim majority of voters who are over 65.”

Why the US government can't be trusted so long as Donald Trump is running it: pic.twitter.com/KGTenyeyNZ

“Team McSally has been poo-pooing recent polls showing that more than half of the voters in her district disapprove of her job performance, while her approval has fallen down to the mid-30s, percentage-wise, and that she was losing to a generic Democrat by 7 percentage points. But last week, in a private talk to the Arizona Bankers Association, McSally conceded that in the current political environment, she has some real challenges in next year’s election.”

McSally complained that President Trump and his tweets were creating troubling distractions: “It’s basically being taken out on me. Any Republican member of Congress, you are going down with the ship. And we’re going to hand the gavel to Pelosi in 2018, they only need 28 seats and the path to that gavel being handed over is through my seat. And right now, it doesn’t matter that it’s me, it doesn’t matter what I’ve done. I have an ‘R’ next to my name and right now, this environment would have me not prevail.”

Comey made clear that Trump cares about Russian interference in the election only to the extent that it impacts him. https://t.co/r0jSR1YVFN pic.twitter.com/CGANV7nIsK

Josh Marshall has some thoughts on Comey’s testimony: “At the end of the day, I think it all confirmed what we should know. Huge and far ranging cover-ups don’t happen for no reason. Almost invariably they occur because of major wrongdoing. It’s the cover-up, not the crime – as I’ve said, that’s almost always wrong. You cover up because you may get away with it and you can’t afford the crime to become fully known. Usually cover-ups work, at least in part. What I think we have here is some major wrongdoing, possibly of various different sorts. That is matched by a President who acts as though the government is something like his own possession, his own company. He acts like it. His lawyer talks like it. Whatever the nature of the original bad acts – which I am assuming occurred based on a lot of information but which we do not know with certainty – the President has managed to stumble into a massive scandal with almost unbelievable speed. As was really clear throughout the campaign, he is predatory, bad-acting and impulsive and even self-destructive in a way that compounds and in some respects makes less effective the underlying malignant behavior. He and his lawyer are in way over their heads and will cause untold damage before this is done, however it ends.”

Evan Osnos: “By any normal accounting, the chance of a Presidency ending ahead of schedule is remote. In two hundred and twenty-eight years, only one President has resigned; two have been impeached, though neither was ultimately removed from office; eight have died. But nothing about Trump is normal. Although some of my sources maintained that laws and politics protect the President to a degree that his critics underestimate, others argued that he has already set in motion a process of his undoing. All agree that Trump is unlike his predecessors in ways that intensify his political, legal, and personal risks. He is the first President with no prior experience in government or the military, the first to retain ownership of a business empire, and the oldest person ever to assume the Presidency.”

Nancy Pelosi will not tolerate being interrupted on the House floor pic.twitter.com/MOvqZfb3Pc

Jack Goldsmith: “Trump does not remotely understand his role, status, and duties as President and Chief Executive, and this failure infects or undermines just about everything he does. It is an amazing state of affairs: A President of the United States who does not at all grasp the Office he occupies, and who thus entirely lacks the proper situation sense, or contextual knowledge, in which a President should exercise judgment or act.  Let that sink in, and then imagine all of the decisions a President must make, all that he is responsible for.”

“As Britain took stock on Friday of the stunning results of a snap election that wiped out the parliamentary majority of Prime Minister Theresa May and her governing Conservative Party, one narrative bubbled up to the surface: The youth had spoken,” the New York Times reports.

“The election results were fueled partly by a higher turnout rate among young British voters who had long been angry at the results of the referendum last year to leave the European Union, known as Brexit. That vote, overwhelmingly supported by older Britons, was seen by many younger people as a threat to their jobs, their ability to study abroad and their desire to travel freely across the bloc’s borders.”

“In other words, the vote by young Britons on Thursday had a whiff of payback.”

Daily Beast: “But there’s an explanation for at least some of the leaks that’s a little more cunning than the rest—one that might bring some actual resolution. Four current and former law enforcement officials believe prosecutors have been treating Trump and his associates like a criminal network, and subjecting them to an array of time-tested law enforcement tricks.”

“One of those tricks involves floating names of potential targets of the investigation, to try and get potential co-conspirators to turn on one another. Another, called ‘tickling the wire,’ entails strategically leaking information to try and provoke targets under surveillance into saying something dumb, or even incriminating.”

Said one former FBI official: “You want people to freak out, to say, ‘are they talking about me? Is this me? What do they know?’—and you want them to do this in a way that is captured. Now we wait for the cover up.”

Michael Grunwald: “There are still plenty of unanswered questions about Russia—including the usual questions about what the president knew and when he knew it—but what’s shocking is how many questions have already been answered. The scandal has already led to the abrupt firing of Trump’s national security adviser. His attorney general and his son-in-law are also under siege for making false statements about their contacts with Russians; his former campaign manager is in legal jeopardy over his own political and financial ties to Russian operatives. And Trump himself keeps saying and tweeting things that would make any defense lawyer cringe, while doing things in his official capacity that make Vladimir Putin smile. It isn’t clear how much, if any, of this behavior has been criminal, but a lot of it is pretty clearly scandalous.”

“The main unanswered question is whether the Republicans who control Congress will do anything about any of it. So far, their response has mostly amounted to ‘Ha! ha! ha!’”