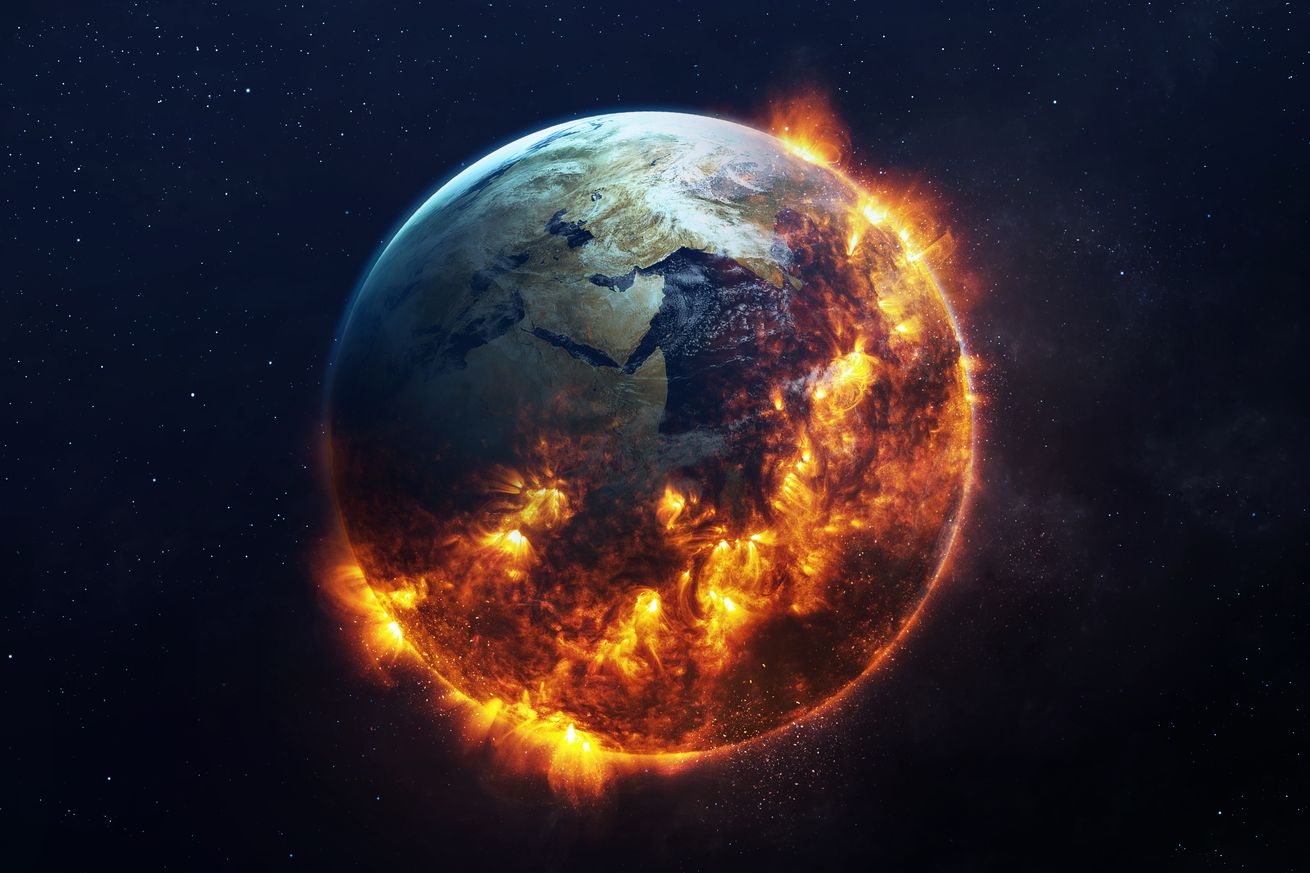 President Donald Trump has announced the US will withdraw from the Paris climate deal, sparking intense reaction around the world.   Trump argued that the climate accord was a bad deal for the US and will hurt job growth, which is of course not true according to reporting from CNN.  Trump said he’s interested in renegotiating a new plan, but if he can’t, “that’s fine.”  Foreign leaders have already responded that there will be no renegotiation and that the world will move one and leave the United States behind and isolated.

Indeed, Trump and idiot climate denying Republicans are being left behind and isolated even in their own Country.  First off, who was the idiot speechwriter who wrote this line: “I was elected to represent the citizens of Pittsburgh, not Paris,” without checking about the facts of Pittsburgh, its people and its mayor.  Pittsburgh has reinvented itself as a green city after the closure of all the steel plants, it voted for Hillary by 80% and its mayor said this in response:

As the Mayor of Pittsburgh, I can assure you that we will follow the guidelines of the Paris Agreement for our people, our economy & future. https://t.co/3znXGTcd8C

In California, “[f]or the past two years, Gov. Jerry Brown has been aggressively recruiting other state and local governments to sign on to their own, sub-national climate pact,” Politico reports.  “But that campaign has taken new urgency under President Trump, who announced Thursday that he’ll withdraw the United States from the Paris climate agreement. It’s a reflection of the roiling conflict between the president and the nation’s most populous state, but also the ambition of a governor who, after a lifetime in politics, is seizing an unexpected opening on an international stage.”

The US joins Syria and Nicaragua as one of the three countries not in the Paris climate agreement https://t.co/HzjriYfD9u pic.twitter.com/NjFXiLp90a

“In its filing, the administration asked the nine justices to consider the legality of President Trump’s executive order, a move that appeals a ruling by the 4th Circuit that upheld a nationwide halt to the ban.”

We all share the same responsibility: make our planet great again. pic.twitter.com/IIWmLEtmxj

“Before he was named Trump’s health secretary, Tom Price took a congressional trip to Australia and pressed officials to extend protections for drug companies in an international trade agreement,” ProPublica reports.

“Price’s lobbying abroad, which has not previously been reported, is another example of how his work in Congress could have benefitted his investment portfolio. He traded hundreds of thousands of dollars’ worth of shares in health-related companies while taking action on legislation and regulations affecting the industry. ProPublica previously reported that Price’s stock trades are said to be under investigation by federal prosecutors.

Trump has just elevated "the environment" as a political issue in 2018 and 2020. And that definitely is not to his or the GOP's advantage.

“The White House and a Russian state-owned bank have very different explanations for why the bank’s chief executive and Jared Kushner held a secret meeting during the presidential transition in December,” the Washington Post reports.

“The bank maintained this week that the session was held as part of a new business strategy and was conducted with Kushner in his role as the head of his family’s real estate business. The White House says the meeting was unrelated to business and was one of many diplomatic encounters the soon-to-be presidential adviser was holding ahead of Donald Trump’s inauguration.”

“The contradiction is deepening confusion over Kushner’s interactions with the Russians as the president’s son-in-law emerges as a key figure in the FBI’s investigation into potential coordination between Moscow and the Trump team.”

A new WSB-TV poll in Georgia’s 6th congressional district shows Jon Ossoff (D) barely leading Karen Handel, 49% to 48%.  Just 3% were undecided, “a sign of the total saturation of the race for the suburban Atlanta district.”

Meanwhile, across the pond, it is beginning to look like Jeremy Corbyn might just win this thing.   A new YouGov poll in Britain finds that Labour is closing the gap with Tories and now stands just three points behind Theresa May’s Conservative party, 42% to 39%.  “The poll points to a remarkable change in fortunes for the Tories, which had a 24-point lead over Labour when the snap general election was called in April.”

Ezra Klein: “The world is currently on track for catastrophic levels of global warming. Destroying one of our last best chances to set a different path might prove Trump’s most consequential, and disastrous, legacy.”

“If it does, historians living in the altered climate of 2050 will look back on the 2016 campaign in horror. As they read the coverage, they will find a polity that knew of the danger and importance of climate change, but preferred to talk about Hillary Clinton’s emails instead. Indeed, as Media Matters documents, there was less coverage of climate change in the 2016 election than in the 2014, 2012, or 2010 elections… Meanwhile, networks’ flagship news shows devoted more coverage to Clinton’s emails than to every policy issue combined.”

“We often look back on past generations and wonder about their cruelty, their blithe dismissal of actions that seems to us, now, to be obviously moral, obviously right. But imagine how future generations will look back on us. We knew all we needed to know about how climate change would likely affect our descendants, and we decided to let it happen anyway.”

“The Trump administration is moving toward handing back to Russia two diplomatic compounds, near New York City and on Maryland’s Eastern Shore, from which its officials were ejected in late December as punishment for Moscow’s interference in the 2016 presidential election,” the Washington Post reports.

“Then-President Barack Obama said Dec. 29 that the compounds were being ‘used by Russian personnel for intelligence-related purposes,’ and gave Russia 24 hours to vacate them. Separately, Obama expelled from the United States what he said were 35 Russian ‘intelligence operatives.’

.@weatherchannel is not playing around today. look at the homepage pic.twitter.com/bZX2JtlzMV

“The White House disclosed Wednesday evening that it has granted ethics waivers to 17 appointees who work for President Trump and Vice President Pence, including four former lobbyists,” the Washington Post reports.

“The waivers exempt the appointees from certain portions of ethics rules aimed at barring potential conflicts of interest. In letters posted on the White House website, the White House counsel’s office wrote that the waivers were in the public interest because the administration had a need for the appointees’ expertise on certain issues.”

“The rate at which the Trump White House has handed out waivers is far faster than that of the Obama administration, which issued 17 exemptions for White House appointees over eight years.”

A reminder that it's ultimately the GOP, not (just) Trump, that owns the decision for inaction on climate: https://t.co/WCZmWEXC2R

Politico: “Steve Bannon and Scott Pruitt have sought to outsmart the administration’s pro-Paris group of advisers, including Trump’s daughter Ivanka, who were hoping the president could be swayed by a global swell of support for the deal from major corporations, U.S. allies, Al Gore and even the pope. But some of that pro-Paris sentiment wound up being surprisingly tepid, according to White House aides who had expected that European leaders would make a stronger case during Trump’s trip abroad earlier this month.”

“Those who want Trump to remain also faced an insurmountable hurdle: The president has long believed, rightly or wrongly, that the U.S. is getting a raw deal under the accord, and it proved nearly impossible to change his mind.”

Mike Allen: “Allies say Trump — with no ironclad policy convictions on climate, and buffeted by conflicting campaigns from rival advisers — defaulted toward delivering on a campaign promise that catered to his last refuge, the voters who put him in office.”

Shifting away from his previous blanket denials of Russian involvement in cyberattacks last year to help the presidential campaign of Donald Trump, Russian President Vladimir Putin denied any state role on Thursday but said that “patriotically minded” private Russian hackers could have been involved, the New York Times reports.

Said Putin: “If they are patriotically minded, they start making their contributions — which are right, from their point of view — to the fight against those who say bad things about Russia.”

Barack Obama put out the follow statement on President Trump’s decision to withdraw the U.S. from the Paris climate agreement:

A year and a half ago, the world came together in Paris around the first-ever global agreement to set the world on a low-carbon course and protect the world we leave to our children.

It was steady, principled American leadership on the world stage that made that achievement possible. It was bold American ambition that encouraged dozens of other nations to set their sights higher as well. And what made that leadership and ambition possible was America’s private innovation and public investment in growing industries like wind and solar – industries that created some of the fastest new streams of good-paying jobs in recent years, and contributed to the longest streak of job creation in our history.

Simply put, the private sector already chose a low-carbon future. And for the nations that committed themselves to that future, the Paris Agreement opened the floodgates for businesses, scientists, and engineers to unleash high-tech, low-carbon investment and innovation on an unprecedented scale.

The nations that remain in the Paris Agreement will be the nations that reap the benefits in jobs and industries created. I believe the United States of America should be at the front of the pack. But even in the absence of American leadership; even as this Administration joins a small handful of nations that reject the future; I’m confident that our states, cities, and businesses will step up and do even more to lead the way, and help protect for future generations the one planet we’ve got.