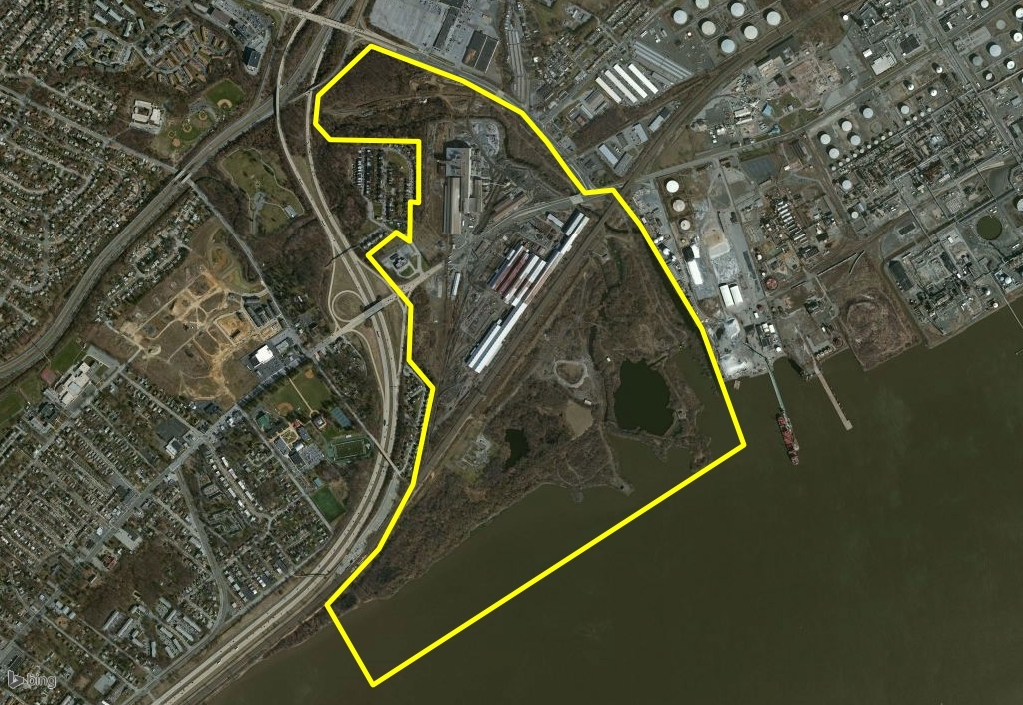 This is a guest post from Dustyn Thompson of Delaware United.

Over the course of the last month, I have been researching the Coastal Zone Act (CZA) more than ever before. I have been talking to legislators, environmentalists, and advocacy groups, and that is because it is coming up for retooling down in Legislative Hall. This re-opening will more or less undo the Act in its entirety for the original 14 sites that were in operation back in 1971. Many in the business community, and in the Republican Party have tried to get rid of the Act in its entirety over the past few decades. However, in our current economic and political climate, there is a real possibility that it could happen this time around. For a brief overview on what the current Act does, please click here for a summary.

So, what are the issues with passing HB 190, and what could possibly be the benefits to undoing such a monumental piece of legislation? The benefits are rather singular: Possible jobs. Stressing the word “possible,” as industry and manufacturing have been fleeing the entire country in mass; even though it seems to many that DE has been hit especially hard. There are many counterpoints to passing any modifications of the CZA at this point, many lying in the best interest of the environment and the tourism industry. Unfortunately, with the current reality of the economy and various social issues today, this apparently is just not enough. Although, some points truly need to be considered before moving forward. First of all, we seem to be trying to pass a bill that we simply do not have sufficient data to move forward with. Secondly, we seem to be rushing a bill through that should really be passed with great care and time taken. Finally, if jobs are the concern here then there are other and more certain ways to promote job growth we should implement first in Delaware that we are not currently taking advantage of.

One of the single biggest issues when dealing with the CZA is the data. It is by nature that we will have a hard time gathering absolute data on what can and will happen in the future. All sides of this debate are going to have trouble saying much with absolute certainty with regard to the future, but we have to have as much credible data as possible before moving forward with this kind of monumental change. Thus far, we have very little data on several key points; such as: what jobs are coming in, and are they responsible companies who will follow industry set best practices? Will they be industries that can and have performed with an extreme level of safety in the past, or do they have a history of heavy pollution? Can we have a more precise timeline and trajectory of the extent that the rising sea levels will impact each of these 14 sites? We can’t even concretely say which of the sites are economically feasible to be cleaned thoroughly enough to be deemed safe for future use. Additionally, because of the ban lift on bulk product transfers, we should know exactly what products can be safely transferred in bulk under current federal regulations and industry set best practices. Thus far, we know little or nothing on most of these vital issues that can and will arise from re-opening those 14 sites in the Coastal Zone.

We don’t need to rush into changing existing legislation for any reason, especially legislation that protects our state’s largest job producing industry: Tourism. If there are problems with companies currently operating in the Coastal Zone, then let’s come together and solve those problems. If, for example, Chemours needs to change an operating procedure or start transferring product around, and it can be done to a degree of safety that satisfies the public interests, then let’s work on that singular problem. No one wants to lose any additional jobs, and if it means we have to make some small concessions to both keep the current CZA and keep those jobs, then we better step up and work it out. That does not mean however, that we need to re-open 14 sites to solve a problem at one. This legislation has withstood countless attacks by people coming together to protect it for one reason: It makes a difference in our everyday lives. Delawareans rely on our land to a significant degree, mostly because we don’t have much of it to spare, and our coastline, particularly in the South, is one of our most valuable assets. All stakeholders need to have time to have a say in this process, just like they did back when the original Coastal Zone Act was constructed. We need those in the environmental community, the business community, the legislators, and the residents of these areas to come together and work on this from beginning to end with open ears and open minds. As it stands right now, we are having an extremely difficult time keeping those companies still in operation in the Coastal Zone under control; Delaware City Oil Refinery being the most troublesome. We need to spend more time reconfiguring the power command that presides over the CZA permits before starting a new process. Let’s not put this cart before the horse, because we know now what can happen if things go wrong near the coast, and that outcome is not something our state will likely recover from.

All this is not to say that the argument that both sides are making is not valid. It is true that we have tried everything we can to entice new business to come to Delaware. We have dished out millions and millions, if not billions, of dollars trying to make our state more competitive. Most legislators, and those in the business community, will tell you that the Coastal Zone is our last hope to grow employment in our state. They are desperate to provide jobs, and they seemingly will do what it takes to bring in any number of them to Delaware; even at the likely expense of our environment. We need jobs, plain and simple, and there is no one that will argue that Delaware’s economy is not in trouble if we cannot get our employment numbers up. However, there are other ways to get our numbers up in this state. First of all, Delaware is the least reliant state in the nation when it comes to federal grants. Right now, we are missing out on millions of dollars in federal grants that could boost jobs via statewide infrastructure projects. These are good paying, local, and much needed employment opportunities that could improve the lives of all Delaware residents. Not to mention that if the grants are used on the right projects, they could lead to some long-term employment opportunities as well. There are also numerous green energy jobs that we can still tap into. Our state has the ability to amass a great percentage of its producible energy from geothermal and wind, and yet we have invested little to no time and money building up these industries in the state. Nationally, manufacturing jobs have moved abroad and turned to automation, and while we struggle to reclaim a past that is not going to return, we are missing out on the technology and vocational jobs of the future. We know what we need to do, and it has been talked about over and over, and that is to invest in education and job training while investing in projects already in operation in this state. Projects such as the proposed port expansion and the storage and shipping facilities that could be located at Boxwood. Let’s be honest, even if we did re-open these 14 sites back up, there is just zero proof that any industry is going to come to the coastal zone and spend the millions of dollars just to clean up, let alone spend the money to then build something new. It is far more likely that the companies already in place will simply expand their operations and continue to hold our state hostage when need be, and destroy our environment when it suits them.

The problems are clear, and anyone with a family in Delaware can tell you that times are tough, and they look to be getting even tougher. Delawareans need work; you can argue about saving the environment till you’re blue in the face, but if you are talking to a person who cannot afford to feed their children; or pay their mortgage; or someone who wakes up every day depressed because there are no opportunities to better their life and make it in today’s economy, then your argument will mean very little to them. When you cannot afford to eat, to shelter your family, if you do not know where your next paycheck is coming from; everything else falls away in that moment. Democrat and Republican voters alike are at a breaking point, and this is putting monumental pressure on the legislature and our elected officials to do something fast so that they can say, “look, we hear your plea for work, we are trying.” This is understandable, but this particular legislation is not the way forward as it is written right now.

Especially not when there are other solutions that have still not been tapped into. There are resources that we can still use to create job growth in Delaware, but we need to be strong and diligent in order to capitalize on them. What’s more, if this is the direction we really need to go down, then let’s get together all the various groups and communities and come up with a piece of legislation that will actually solve the identified problems, continue to protect our environment, AND grow our local economy, not just lead to further issues.

Please call your local representative and tell them that HB 190 is not the path forward, and that we need the time to sit down and design a plan that will better resolve our economic situation AND protect our current jobs and environment.

7 comments on “Opening up the Coastal Zone Act: A Rush for What?”